Browse: Home / 2020 / July / Now You Can Stream The Original Stargate Movie For Free 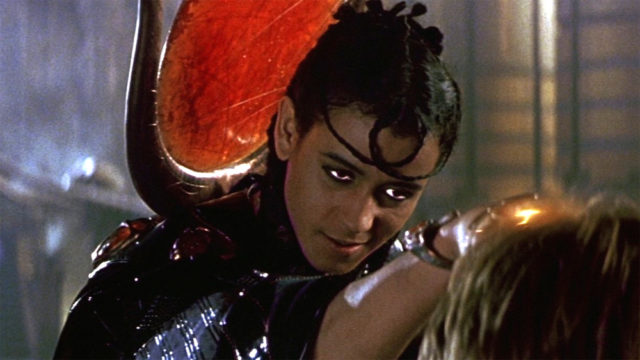 Although episodes of Stargate SG-1, Stargate Atlantis, and Stargate Universe may be a bit harder to come by after the shows exited the Amazon Prime streaming service this week, there is some good news for fans looking to revisit the 1994 feature film that started it all.

Roland Emmerich’s sci-fi epic Stargate has been added to the Free Movies section on YouTube in the United States. That’s the full film available to watch free and legally on your favorite device — at least for the time being. YouTube does not indicate just how long the movie will be available there.

The Stargate movie is also now streaming on Amazon Prime Video in the U.S., for those with a subscription. (Outside the U.S., check your local streaming services for availability.) 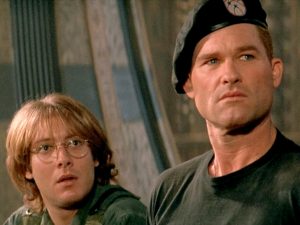 The film stars Kurt Russell as Colonel Jack O’Neil and James Spader as Dr. Daniel Jackson. After unlocking a portal to a distant world, they lead a military team that discovers a civilization of humans enslaved to the powerful god Ra (Jaye Davidson) — an alien who has built an empire with the mineral that the people mine.

Stargate was a box office hit when it opened in theaters in October of 1994. Three years later the TV series Stargate SG-1 picked up where the movie left off, as Earth discovers that Ra was only one of a race of powerful aliens who dominate much of the galaxy: the Goa’uld. Richard Dean Anderson took over the role of Colonel O’Neill (two L’s!), while Michael Shanks played Daniel Jackson.

The TV series and films typically play musical chairs with the streaming services once or twice each year, leaving one service only to show up again weeks or months later. We’re tracking all of this for you on our Where to Watch page, so you’ll always know where to find Stargate’s three films and 350+ episodes! 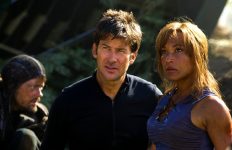 Stargate Atlantis Is Back On Amazon Prime; Stargate Movie Leaps To Hulu→ 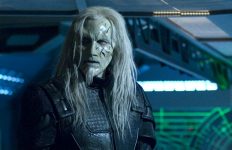