Browse: Home / 2020 / October / Brad Wright Will Write About Sci-Fi For The Companion 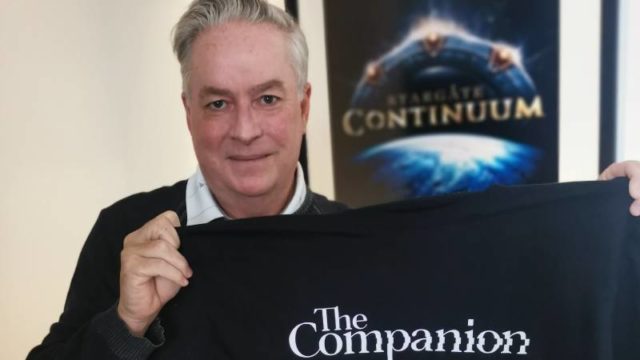 Brad Wright joined The Companion as a contributor and creative advisor in 2020.

Stargate’s television co-creator Brad Wright has joined The Companion as a creative advisor and a contributor, writing about science fiction for the new digital platform.

The subscription-based service was created by The Narrative, a London-based team that previously created Stargate content for MGM’s official streaming platform Stargate Command. It focuses on creating in-depth content around the most beloved science fiction stories of the past decades. 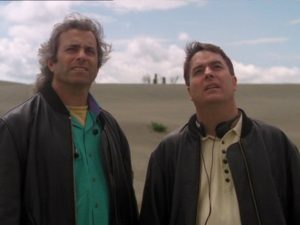 Wright will consult and also author original content for the service. Of course he knows his sci-fi: Wright worked as a writer and producer on MGM’s 1990s anthology classic The Outer Limits before going on to co-create Stargate SG-1, Stargate Atlantis, and Stargate Universe. Then he created the original time-travel drama Travelers, which ran for three seasons.

Today he is reportedly working to get Stargate back on the small screen, with development on a fourth live-action series.

Wright added the hashtags #stargate and #wewantstargate to the tweet announcing his involvement:

This might be obvious, but I love SciFi. I’m joining @TheCompanionApp’s creative council, writing at length about my stuff & others, old & new. Join in the next 48 hours & receive an exclusive invite to my AMA https://t.co/qtx9DRbYYk #stargate #wewantstargate #TravelersNetflix

“This might be obvious, but I love SciFi,” Wright said. “I’m joining @TheCompanionApp’s creative council, writing at length about my stuff & others, old & new.”

“I’ve often said science fiction isn’t really one genre, it’s all of them,” he writes in the full announcement. “I’ve never worked on a cop show, medical drama, or comedy — the mainstays of television — but that hasn’t stopped me from writing scenes with doctors on spaceships or cops from the future. Sometimes they’re even funny. It’s the best of all worlds.”

Those who join The Companion within the next two days (by Saturday, October 10 the end of the day on Sunday, October 11, Pacific time) will get an invitation to a private AMA (“Ask Me Anything” Q&A) with Wright. That event will take place next month.

Head over to The Companion for more, and sign up for a 7-day free trial. A monthly membership is $6.99 per month.

Brad Wright Confirms New Stargate Is (Still) In The Works→ 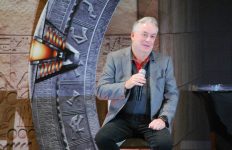