Browse: Home / 2021 / January / How ‘Heroes’ Came To Be One of Stargate’s Most Memorable Episodes 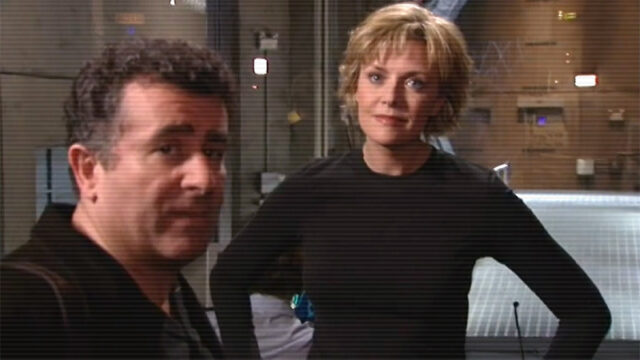 New to Stargate SG-1? Beware of SPOILERS for Season Seven’s “Heroes” in this story.

Whenever we ask fans, or cast members, or crew, the answer is very often the same: Out of its 214 hours Stargate SG-1 did its best work with the emotional, funny, action-packed, and dramatically gut-wrenching 2-part episode “Heroes.” It aired late in the show’s seventh season, and — very controversially — killed off a beloved character.

In a new conversation with “Dial the Gate” host David Read, the episode’s writer Robert C. Cooper discussed “Heroes” and how it evolved into something quite different than what was first written on the page. Cooper was also an executive producer on the long-running series.

Cooper said the idea for a documentary film crew interviewing people at Stargate Command was inspired by a similar episode of M.A.S.H. Though the product that Emmett Bregman (guest star Saul Rubinek) was going to produce would never see the light of day, given the top-secret nature of the Stargate program, it provided an opportunity to examine the show’s characters as ordinary people who come to work, put their lives on the line, and do extraordinary things.

“For me part of the approach to ‘Heroes’ was, ‘Let’s really examine how incredible the Stargate program really is — and the people we’re following,'” Cooper said. “So we built to that and figured, well what if this documentary filmmaker was this guy coming in, and he was making essentially a time capsule piece that he couldn’t even release?” 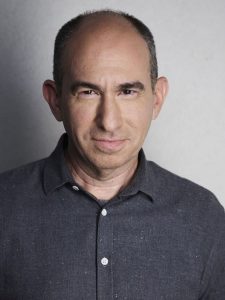 “Heroes” was originally written as a single episode and intended to air in the first half of the show’s seventh season. When director Andy Mikita’s first cut came in long (around 58 minutes, over the normal 42), producers made the unusual decision to write more material and expand it to a double-length episode.

“I saw this as an opportunity,” Cooper said, “and then it became a question of logistics. How do we actually execute it? And at that point I started spinning ideas about how to fill it out into a 2-parter.”

That required moving the episode to the back half of the season, getting approval from both MGM and the network and making sure they could schedule the same director after the production’s mid-year hiatus.

The move also made space to introduce a new character to the series. Tasked with investigating the fatal mission for the I.O.A. was Richard Woolsey. Actor Robert Picardo was cast in the role for the additional scenes, which covered Part 2’s focus on his investigation.

In the full, hour-long conversation Cooper also dispelled one long-held myth about the episode. We’ve long believed that the character of Janet Fraiser was killed off only after the episode was expanded and moved to the final block of what the writers believed was going to be SG-1‘s final season. 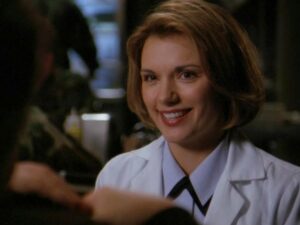 Cooper suggests that this decision was, in fact, part of the original plan for “Heroes.”

“To be perfectly honest, by the time that fate [the show’s return for an eighth season, alongside spin-off Stargate Atlantis] had been sealed I think we were already moving towards [a continuation]. … I don’t remember the sequence of events, of Atlantis being picked up versus the decision to kill Janet. But yeah, at that point we were sort of full-steam ahead on the two shows.”

“Any time we talked about killing a character it was obviously a big deal in the room,” he said. “And in that case we didn’t do it lightly. … To me it was like you have to occasionally lose someone in order for there to be any real jeopardy, in order to feel like there is actual stakes in the show. If we had just lost a ‘Red Shirt’ I don’t think it would have been the same.”

“To me the story didn’t work if we hadn’t killed somebody we cared about.”

Be sure to watch the full clip above, and for more with Robert C. Cooper check out the full livestream archived on Dial the Gate’s YouTube channel. New interviews with Stargate’s cast and crew are streaming live nearly every weekend.

One of those episodes that comes full circle at what everyone was doing at the end. Then you watch it again and it is that much better. Lots of touchy moments.

It gets worse watching again, not better. Heroes ruined the show.

I’m still watching this series, I’m sharing it with my girlfriend. I’ve watched this series, oh about ten times, love it bought the dvds and the ark of truth was so awesome as the second to the last of the ending series. Continuum could’ve been better, killing off Bal, but they should’ve revisited Kinthea, and the other worlds that they’ve said they’re gonna revisit. However, the ending did leave it open to more gate travels. So my question is: WHATS THE HOLD UP???!!!

I hate this episode, it ruined Stargate SG-1 and I enjoyed the show less an less from there. They killed off my favorite character. I hoped Janet would get a main role eventually, but my hopes were crushed. It’s one of the shows I no longer trust and at the same time want more where they can fix the mistakes. Thinking of Stargate from Heroes makes me feel dead inside. One of the few shows I stop at a certain point in EVERY rewatch. I don’t think it did her justice either, the episode she dies in isn’t even about… Read more »

Since it wasn’t the last season they technically lied and only fair thing they could do was to bring her back from season 8 and onwards. But they didn’t. They killed and revived SG-1 and ascended the Abydonians, so this is just screaming unfair all over. There are reasons I refuse to watch further, rewatch the show once a year and never finished seasons 9 and 10. Season 8 was hard enough. I was betrayed as a fan, why watch further when it upsets me from this point? They WANT to lose fans? They WANT to upset their fans? I… Read more »

What was the point of Heroes? Because they have no influence for the rest of the show, Janet was just fogotten about for the most part after this. So why pointlessly killing her off? Lazy and cheap writing is lazy and cheap. Why do they hate her fans? Why destroy the show with unfair decicions?

Why do the writers (or is that just Robert C. Cooper) hate Janet fans so much? They hated us so much they had to kill her to make us stop watching? They hated us so much they didn’t bring her back when they basically lied about season 7 being the last? Did they write her death episodes poorly just to spite us? (I mean, the death is ONLY relevant within Heroes and doesn’t serve ANY purpose outside those episodes. The only reason I made it to half season 10 was because I was waiting for her to come back, then… Read more »

Tara, I’m sorry to hear how this story point has affected you. I remember it was a big blow to fans of SG-1 when it first aired many years ago. But I encourage you simply to rewatch those earlier seasons and enjoy the character, as I know you do. As for why the writers would make such a decision, I wouldn’t take it personally. Oftentimes in shows a beloved character will be killed off simply for dramatic effect or impact, even if it doesn’t serve any wider storyline. I think that’s the case with “Heroes.” It’s there to make an… Read more »

I…know that. I just think it proves that enough with other characters that died. It just really bothers me because I’m always unlucky with my favorites being killed off or written off the show, makes me distrust fiction overall. I just can’t watch those episodes or past that anymore. I’m on late season 6 in my current rewatch now and sad because soon there wont be anymore for me to watch. Always get like that when I get to this point in the show simply because there’s so much potential from mid season 7. I just think pointless character deaths… Read more »

Will
Reply to  Darren

That makes it sound like military who loses their lives are forgotten, as Janet is pretty much forgotten about in-verse from there. All in all such a poor excuse to kill an important character off, when it pays no purpose whatsoever during the rest of the show.

Last edited 1 year ago by Will
Reply

These episodes made the show go downhill…

Ok, just curious. So imagine these episodes written the exact same way with the exact same aftermath for the rest of the show (two minor mentions and one brief cameo), but make this one change: It’s Sam who dies instead of Janet. Would YOU still enjoy the show from Heroes and onwards if this was the case? (I see Sam is your favorite) No one has ever understood me when I stop watching shows at certain points. And then it hit me, all the people I mentioned it to are lucky to have favorites who ISN’T killed off. So I… Read more »