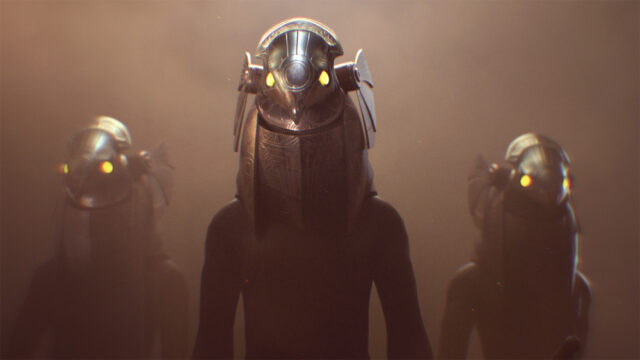 So you’re a Stargate fan with 3D animation and design skills and some time to kill. What do you do over the holiday break?

For Sydney, Australia-based Mike Williamson, he created this amazing and modern new opening credits sequnce for the original Stargate film. The 1-minute opening credit sequence draws on imagery from ancient Egypt and the 1994 movie, which was directed by Roland Emmerich.

The sequence was created in just 10 days and released by MISTER, Mike’s motion design and 3D company based in Sydney. Check it out here:

“I’ve always wanted to create opening titles for a big show and have been thinking for a while about doing a fan one,” Williamson told GateWorld. “I just didn’t know what film. Also last year I fell in love with the track I used and was thinking it would be great to use on a project.”

He said that with work shut down for the Christmas break, he set himself a 10-day challenge — and the trailer was the final result.

“I had originally planned just to do a series of 3D lighting tests using Roman and Greek statues,” he said. “While looking online at statues I stumbled across an Egyptian statue and a bell rang in my head … STARGATE!”

The numerous 3D animated shots in the Stargate trailer came about through a guerilla process of trying out lots of things and seeing what worked.

“I went in with no real plan except to make cool shots,” Williamson said. “If a shot didn’t work then I’d just move on to the next one. It was a much freer way to work and I found I got some great results, very quickly. I also streamlined my workflow which allowed me to do a lot of finessing in the comp stage.

“From 3D I would render each light separately, so that after it was rendered I could still play with the lighting in the comp stage. This sped things up considerably.”

The video features a score by Lorne Balfes (originally done for the soundtrack to His Dark Materials).

“The music is a track I fell in love with earlier last year,” Williamson said. “I shared the work with Lorne on facebook when it was completed and was lucky enough to get a response from him saying he loved it — so that was a great feeling.”

“I’m really happy with how it turned out and have been very grateful for the attention it has received. I was worried at the start that my animation skills were fairly basic and that it would show in the end product — but I think I hid that fairly well in the end!”

Read more about the project at Behance. Our thanks to Mike and the team at MISTER for sharing his work! 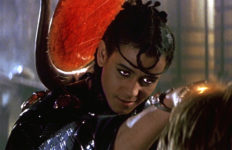 Now You Can Stream The Original Stargate Movie For Free→

That’s excellent!! Here’s hoping this guy gets tapped to work on the opening credits sequence of the next series.

Amazing work. If they did another series I think this would be a great intro. 👍

This had me speechless

Sorry, but I really like the original opening better

Agreed. This is an amateurish Origins quality intro sequence. Not a fan at all.

Excellent.
Skill + Passion for SG translated into an amazing piece of work

Meanwhile, somebody actually got paid to butcher a simple package design on the new Blu-rays.

Stargate Universe was brilliant and literally couldnt wait for the next episode. So much potential

Let it all begin! Stargate forever!

That’s very cool man! The music had my skin goosebump. I’m hoping this inspires another stargate!!!!

This opening sequence reminds me of the “Fringe”, “Black Sails”, and “Counterpart” opening credit sequences. And they did wonders for their perspective networks in terms of bringing in a new direction to view television. Unfortunately, Black Sails and Counterpart were axed way too earlier. Maybe I’m reading into this too much. But when I views this it gave me a sense of wonderment and discovery. It gave me a sense of how small we are in comparison to the universe. That we as humans still have a long way to go in search of the big questions. That our focus… Read more »

When does the new season start.
Haven’t seen any of the old series from earth as that was rhe best series.
Come on. Getting impatient here. Lol

OMG, not only does it look like it is from the real Stargate it looks unbelievable.
It really makes me wish they brought the series back. Kiddos

Imagining what he could do with more detailed designs and artwork for the show…….

OMG that is incredibly wonderful and so true to the Stargate universe! Kudos to the film maker!

Awesome! This intro sequence perfectly conveys the rich & complex ancient Egyptian symbolism used in the Stargate story that we love so much.

This would fit for TV-series just well, but not for movie, because this is too dynamic and spoilering for the movie opening. But still – this is amazing.

Such a great intro, I really hope to see some of your work in a future Stargate project !!!!!!