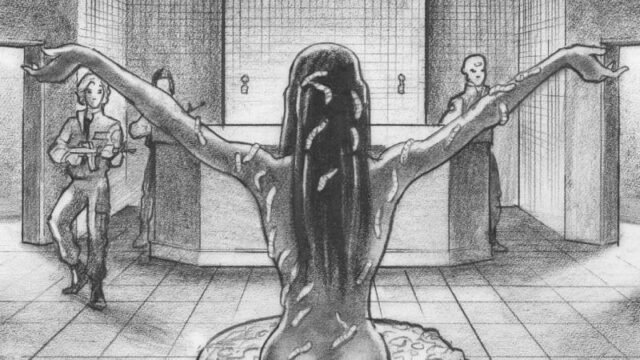 Stargate SG-1 executive producer Joseph Mallozzi has been digging into the vault, posting lots of fun concept art from the early years of the series online.

The illustration of the bomb planted inside the young Cassandra in “Singularity” stands out here. Here’s Roham’s scepter from “Touchstone,” and Daniel Jackson’s gruesome (fake) death in “Fire and Water.” And you’ll recognize the trinium crossbow bolt from “Spirits.” 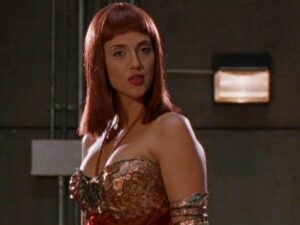 But scrolling through your social media feed will also bring fans to a rather arresting set of (Not Suitable For Work) images from the show’s earliest months of development. The concept art and storyboards come from “Hathor,” a classic episode from the first season of Stargate SG-1.

Written by series co-creator Jonathan Glassner and directed by Brad Turner, the episode saw the sensual Goa’uld queen unearthed in a sarcophagus, which had sustained her for many centuries. Once unleashed Hathor makes her way to Stargate Command, using her feminine wilds (in the form of a mind-controlling organism) to manipulate the men on the base.

Here’s a look at the original concept art and storyboards, circa 1997 (click to enlarge): 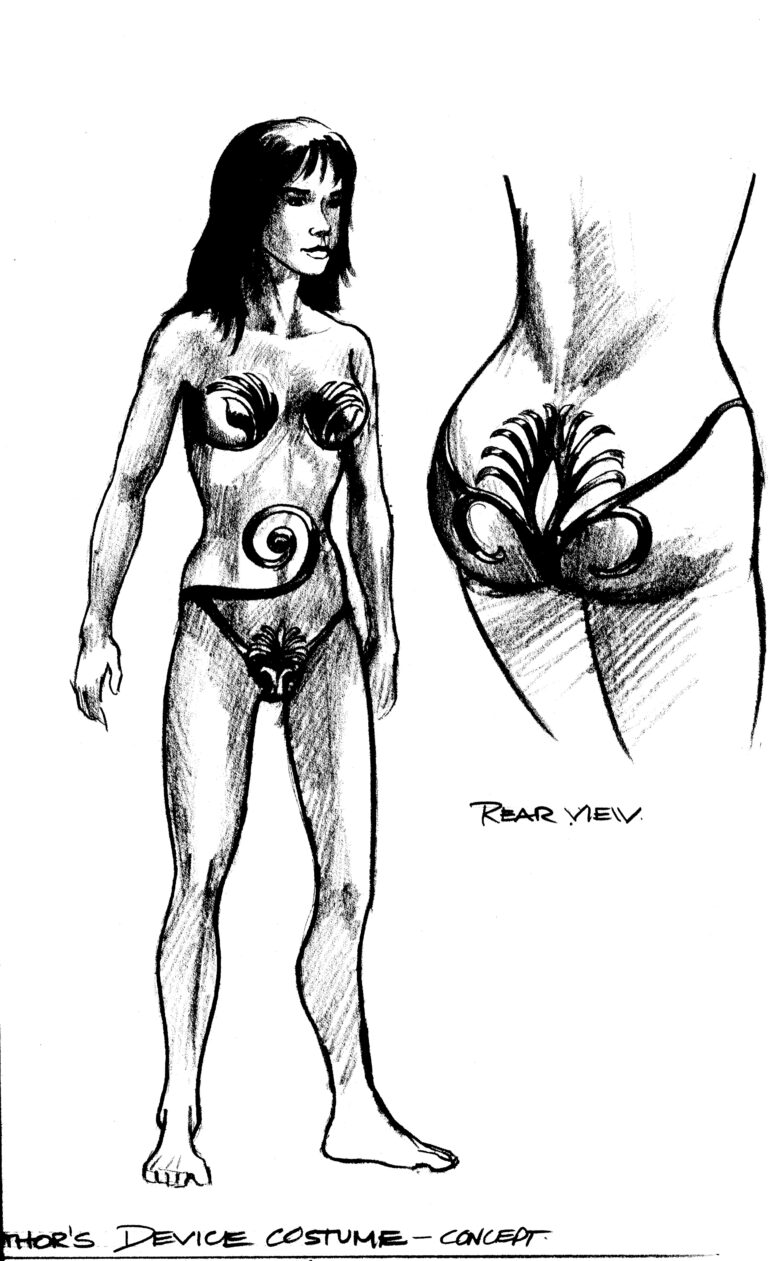 The character’s “device costume” served as a plot point in the episode. After luring Jack O’Neill into an intimate moment, the device located at the Goa’uld queen’s abdomen activates and creates a Jaffa pouch in her victim — turning him into a potential Jaffa servant once her new symbiotes are hatched. 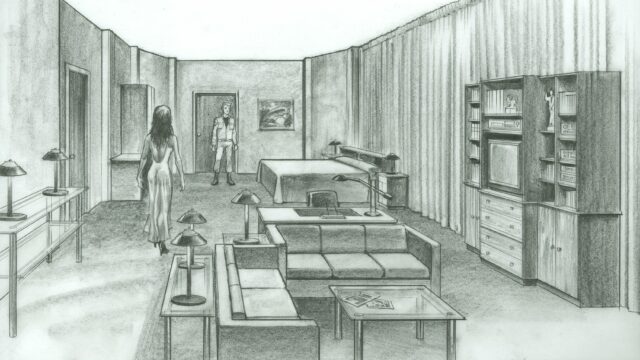 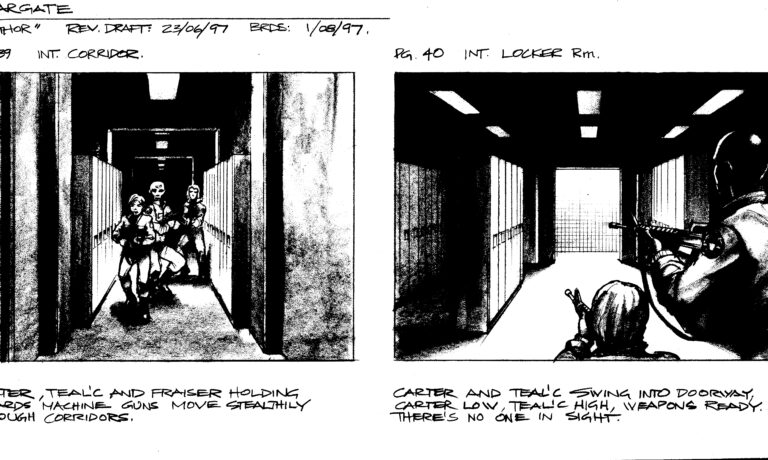 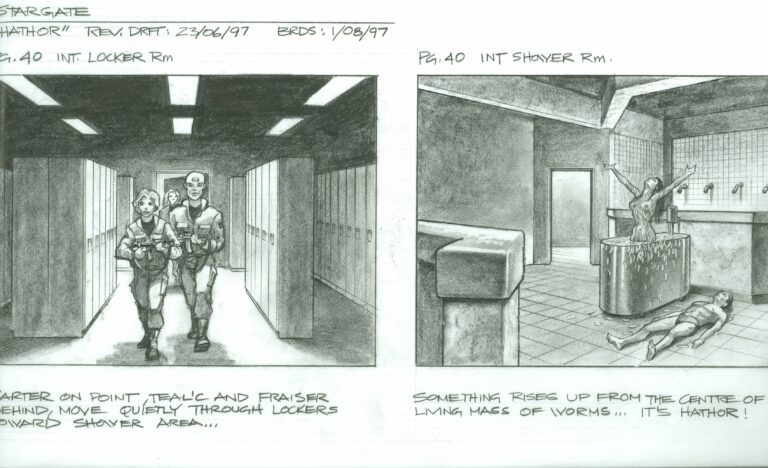 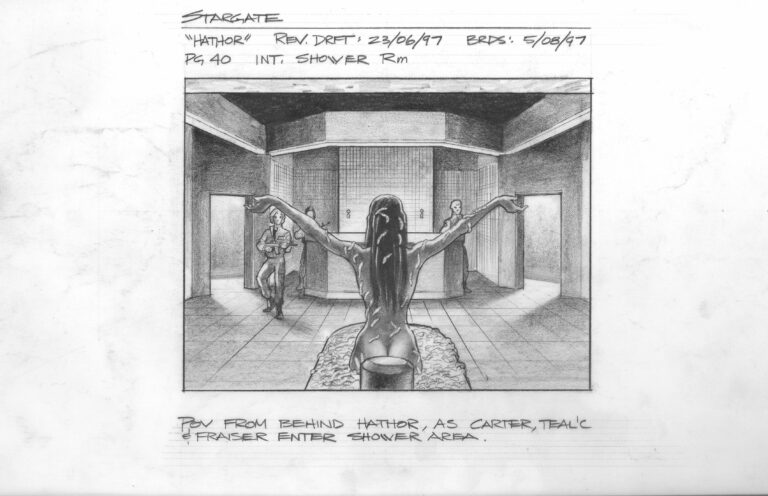 And the icing on the cake? Mallozzi tagged Hathor actress Suanne Braun, who couldn’t resist replying:

Perhaps I should do an online appearance in this…. 😜😜

“Perhaps I should do an online appearance in this,” Braun tweeted.

Braun’s final on-screen wardrobe, of course, was very different (and decidedly more modest). But a sexy scene with her character in the tub — teeming with larval Goa’uld symbiotes — did make the final cut.

The show’s original U.S. broadcaster was the premium cable channel Showtime, which in 1997 was looking for opportunities to push the envelope with its new science fiction show. Of course that started, most infamously, with a full-frontal nude scene in the first episode.

So it makes sense that the show’s production would have considered other sexy moments in these early days … and the concept art suggests that might have been on the table for “Hathor” at one point as well. But the show’s producers quickly moved away from the sexual edge and made a more family-friendly adventure.

Perhaps you meant feminine wiles…not “feminine wilds”? That said, thanks for the laugh :)

She was pretty wild though… lol