Browse: Home / 2021 / May / Amanda Tapping Has Been Approached About A Possible Stargate Return 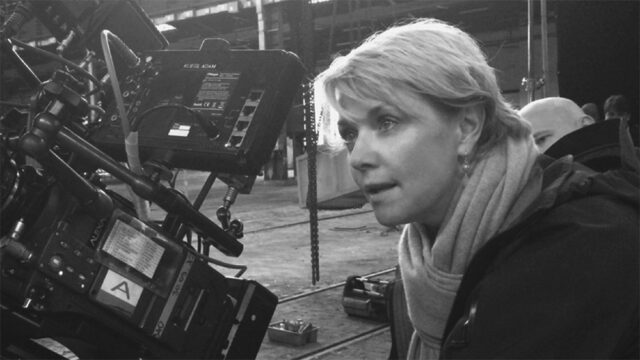 Former Stargate SG-1 and Stargate Atlantis co-star Amanda Tapping will play a part in the brand new Stargate project that is currently in development – if creator Brad Wright has anything to say about it, that is.

Tapping revealed in an online fan Q&A with The Companion on Saturday that Wright has talked with her about both appearing in a new series and also directing for it. On Stargate SG-1 she played Colonel Samantha Carter for 10 seasons and two movies, before crossing over to work as a main cast member on Stargate Atlantis.

The Q&A session with fans was hosted by author and life-long Stargate fan Sam Maggs, and focused on the topic “Uplifting Women in Film & TV.”

“I’ve talked to Brad Wright about it, and certainly MGM at one point was really interested,” Tapping said. “I said to Brad, ‘What do you want me to do on the show?’ And he said, ‘Well I want you to be in it and I want you to direct it.’ And I was like, ‘Perfect! Thank you!'”

This does not mean that a new series has been given the go-ahead just yet, though. Tapping took to Twitter today to clarify, writing: “To be clear, this is not confirmation of the series happening. At all. This was simply a feeler to gauge interest. To my knowledge, nothing is in the works at the moment.”

To be clear, this is not confirmation of the series happening. At all. This was simply a feeler to gauge interest. To my knowledge, Nothing is in the works at the moment. 👽 https://t.co/zyyEORnipy

Indeed, Wright’s idea for a fourth live-action Stargate series has long been in gestation. As far as we can tell from the outside, now in the spring of 2021 Wright has a pitch and a script written for MGM, but no broadcast or streaming home has signed on the dotted line yet. Because a show traditionally would be funded in part by the broadcast deal, MGM is not likely to make any announcements before this piece is in place.

Wright started talks with MGM late in 2018, in the wake of the Web series Stargate Origins earlier that year (a project he wasn’t involved with). By January of 2019 Wright said publicly that he was working on creating a new Stargate project of some kind.

After a few brief updates on social media through 2019 and into 2020 it became clear that his efforts to get the show picked up by a broadcaster or streaming partner had suffered a significant delay due to the COVID-19 pandemic — true of all TV and film production in 2020. But at the end of last year fellow Stargate executive producer Joseph Mallozzi told fans that the project was getting closer … but not yet at the finish line. If developing, pitching, and signing a deal to get a series green-lit was a 7-chevron dialing sequence, Mallozzi said that in his estimate five chevrons had been locked.

Tapping’s Colonel Samantha Carter is hopefully an Air Force General by now, and evidently she isn’t the only character from Stargate SG-1 who Wright wants to put in an appearance on a new spin-off. Most recently, he told actor Michael Shanks that he has recently written dialogue for his character, Dr. Daniel Jackson. 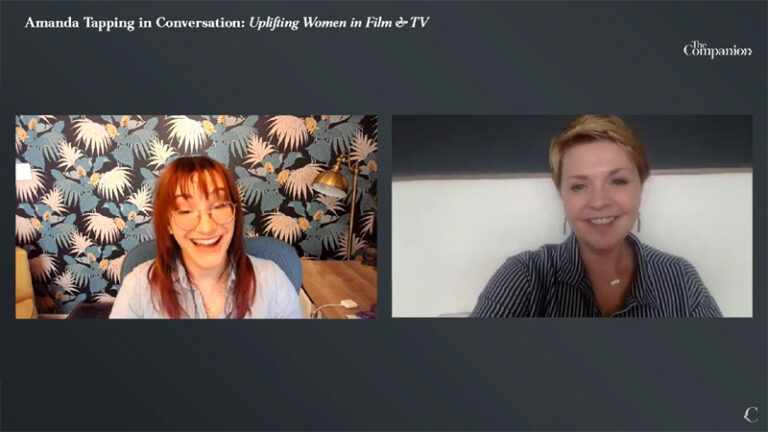 Amanda Tapping appears with Sam Maggs on The Companion.

GETTING THE BAND BACK TOGETHER

An SG-1 reunion sounds like music to our ears. But both Dr. Jackson and General Carter would likely play supporting roles on a new show, on a recurring basis or perhaps as guest stars to introduce a new team and a new setting. That’s how SG-1 team members were used to kick off both of its prior spin-offs — 2004’s Stargate Atlantis, and 2009’s Stargate Universe.

Tapping told GateWorld in 2018 that a new series in the franchise would need a good dose of that signature Stargate humor, and also a strong ensemble of new characters. “I think it needs a great ensemble,” she said. “That’s the one thing that they were always good at putting together — Brad and Joe [Mallozzi] and Paul [Mullie] and Rob Cooper were always good at putting together ensembles that made sense, and that worked together.”

“I think it’s time for a new generation,” she told Maggs. “I’d love to have a part in it, for sure. I’d love to see what Carter is up to now — ‘Supersonic General Carter!’ I remember when I became ‘Full Bird’ Colonel. … Now I want to be Brigadier General or something really super cool.”

Be sure to visit The Companion to find the full conversation with Amanda! It runs for 90 minutes and is available as an exclusive for subscribers. (The conversation about a new Stargate project starts around the 59:30 mark.) Amanda also talks about the challenges of prepping and directing, the difference between “diversity” and inclusion, the evolution of on-set technology, and advocating for herself as a woman director. She also teased an upcoming conversation on mental health for The Companion, as well as an appearance on Brad Wright’s new podcast “Conversations in Sci-Fi.”

We can only hope to get something sooner than later. It’d be nice if they managed to get all the major characters in at some point on a potential 4th show. (though Momoa is likely to be too expensive at this point)

I don’t think him being expensive is a problem. If he really like his role and want to come back, he will come back.

If it includes Janet, sure. If not I’m skipping it.

You won’t watch a new Stargate show if a certain secondary character won’t return (who won’t for obvious reasons)? Come on, that’s silly.

So what you’re saying is that to force yourself to watch something you don’t enjoy is NOT silly?

Season 8-10 was painful and depressing for me to watch, so why bother with this if my favorite character doesn’t return?

In other words, you’re literally telling me it’s silly not to watch a show I don’t enjoy.

Seasons nine and ten were two of the show’s best.

“(who won’t for obvious reasons)”

And what’s so obvious? Nothing is obvious. It’s Stargate, of course it’s possible.

Besides, secondary characters has been made mains before. Which makes it unfair that Janet wasn’t, she was there first and for longer. She should never have been killed off in the first place, that ruined the show for me.

I am guessing they would do a more modern show concept, e.g 10-12 episodes per season only, streaming probably would be a big part….. At some point there were Rumors that Apple was interested with Apple TV… and since they paid Momoa for that strange series before, i am guessing he would not be too expensive for this either for Apple ( or some other streaming vendor ) … Most Streaming services when they put up high quality shows go for rather expensive actors nowadays at least as leads.

From another universe or reality?

Also had Amanda Tapping been tapped to possibly take up at Stargate return? 🤣😂

Well, all of the SG-1 are literally zombies as they were brought back to life so if you wanna look at it that way….

Reportedly this message is a hoax, what’s the truth? And is the series still being prepared?

The story is not a hoax, though some media outlets reported it without sufficient context — as though an SG-1 revival was in the works right now and Amanda was announcing her participation. So Amanda took to Twitter (twice) to try and correct the record and provide more context. However it also seems as though Amanda doesn’t know that the show is still an active possibility, and that Brad has teased it to fans (and to Michael Shanks) as recently as March. So fans aren’t exactly reaching here by taking her original comments on the livestream as indicating something that… Read more »

What do you mean by “reportedly?” No one is reporting that this is a hoax.

CGI has progressed to the point it looks almost like the real thing. So why not bring back SG1 for a “lost” episode or two? Make it a direct-to-video movie. I’d buy that.

I just don’t understand why this “new SG” show is so hard to launch. There are tons of streaming services. Lets have Netflix. I can see weekly launching new series, with so good cgi/quality with a random theme. So…. there are tons of high budget quality series about some random stuff, nothing special. Even a horrible SG series would worth to do it comparing to those n+1 series. There’s has to be something with licencing/money on Brad’s side. I just cannot believe that e.g. Netflix wouldn’t sign for 1-2 seasons with the same huge budget like any other “n+1 series”… Read more »

I wonder what the impact of a potential Amazon purchase of MGM will mean for Brad’s project. I hope good things with or without the purchase.

I need closure with SG Universe, it was just getting good. For reals though, we just need more SG content. If the acquisition of MGM goes through with Amazon, I hope everyone puts Amazon on blast for the fruition of a new SG series. But, those antitrust bobble heads are protesting…

I would love to see a new show happen.. hopefully we hear something in the next few months.