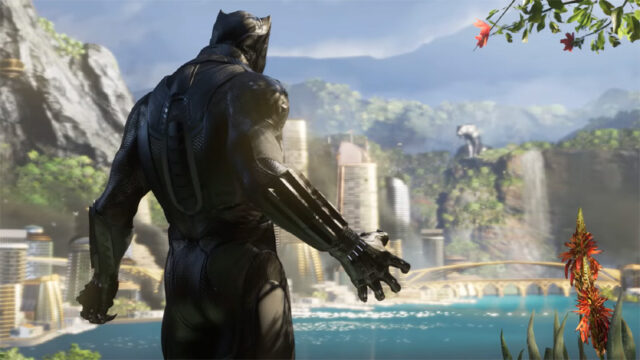 We thought we recognized Stargate actor Christopher Judge’s distinct voice when the first trailer for Marvel’s Avengers – Black Panther: War for Wakanda dropped in March. But Marvel, publisher Square Enix, and Judge himself stayed mum when fans asked who was voicing the lead character T’Challa.

Now Judge has confirmed to Entertainment Weekly that he is voicing the character for the DLC expansion to the Marvel’s Avengers video game.

Black Panther screen actor Chadwick Boseman died of colon cancer in 2020, at the age of 42. And studio executives subsequently confirmed that the character of T’Challa will not be recast for the upcoming sequel film. Judge said that he turned it down the first time the role was offered to him for the video game.

“I turned it down straight away,” Judge told EW. “There’s many Black Panthers, but I really didn’t believe that anyone should ever do T’Challa again [after Boseman]. The actual talks proceeded and, basically, I wound up doing it because my mother and my children said if I didn’t do it, they would disown me.” 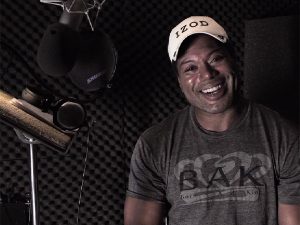 It’s not unusual for a different actor to provide the voice for video game adaptations. None of the core Avengers cast voices their character in the new video game.

“To be quite honest, I was fearful of being compared to what Chadwick had so wonderfully done,” Judge added. “The only way I could really wrap my head around it was to not even attempt a voice match, to let my performance stand on its own. I put all that into it and hopefully people like it.”

The DLC expansion is coming this August, and will require the base game to play. In the story for the expansion, Black Panther must defend Wakanda from Klaw, who seeks to steal Vibranium for his own desires.

The action-RPG game published by Square Enix is rated “Teen.” It’s available on PS4 and PS5, Xbox One and Xbox Series X/S, Stadia, and PC via Steam. The game currently holds a Metacritic score of 67.

Judge is of course no stranger to working on triple-A video game franchises. He voiced the lead character Kratos in 2018’s award-winning God of War, and will reprise that role in the forthcoming God of War: Ragnarok for the PlayStation 5.

Check out the trailer for Marvel’s Avengers – Black Panther: War for Wakanda below. Judge’s voice appears near the end of the first trailer (at 00:42), saying, “Avengers! With me!”

The second trailer was released at Square Enix’s E3 Showcase in June. Black Panther says, “You are right. Vibranium does not belong to me. It belongs to Wakanda!”

To be honest, I did not realise that it was his voice. But now, indeed, after seeing this article, I can recognize our Teal’c.

I’m afraid to say, I think they focus too much on the “Black Panther” persona and not on T’Challa in terms of the voice acting. They really should be one and the same as it’s not a secret identity.

We saw him without the mask on, so hopefully Christopher Judge has the opportunity to showcase the character when he isn’t in battle against his nemesis.