Read more about the forthcoming Stargate SG-1: In Their Own Words oral history of Stargate, coming late this year from Hero Collector.

What follows is our full conversation about the project with author Edward Gross. 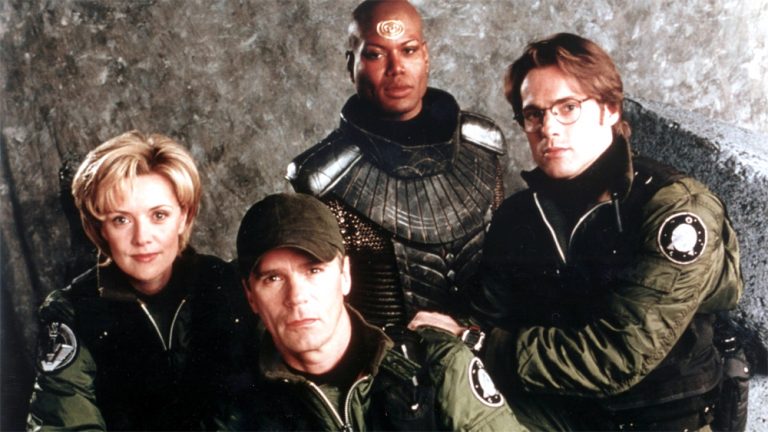 GateWorld: How did you discover Stargate? What were your first impressions of this series?

Edward Gross: I’d been a life-long fan of the science fiction genre in general and the original Star Trek in particular. I was six when it debuted. By the time the film version of Stargate came around in 1994, I was Senior Editor of Cinescape magazine and was on the constant lookout for new entries in the genre that I could throw myself into, for personal pleasure and/or cover for the magazine. I was genuinely excited about seeing the film, but can still remember walking out of the theater afterwards thinking it was “really good” … but that there was just something missing that prevented it from being truly great.

When Stargate SG-1 came along three years later, I wasn’t sure how hopeful to be. Granted that first-run syndication was exploding at the time — kicked off, really, by Star Trek: The Next Generation, which was followed by some amazing shows and many cheesy ones. But I didn’t know where SG-1 would stand. I have to admit, the first couple of episodes in, I wasn’t blown away.

Some of the plots felt like retreads from TNG. And this idea of several people traveling from “city to city” (so to speak) brought with it memories of sci-fi TV of the 1970s, where the networks felt that the genre had to be a sci-fi version of The Fugitive, where your hero or heroes had to constantly be on the move. And in most cases, they invariably encountered a society where the people dressed in togas — as though somehow togas signified sci-fi. I’m talking about shows like Planet of the Apes, The Fantastic Journey, Logan’s Run, and The Incredible Hulk. And SG-1 didn’t win any points with me when some of those early costumes weren’t far removed from togas.

Needless to say, I misread things. Or I had expectations set too high. In either case, it wasn’t long before I came to appreciate the characters, the storytelling, and the feeling that this actually could evolve into something akin to Star Trek in terms of a beloved family of characters and storylines that were actually about something.

GW: How did you discover Stargate, and how did you come to this project with Hero Collector? 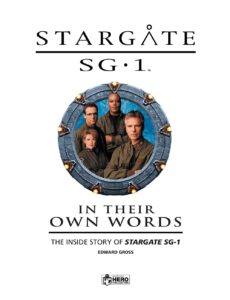 EG: I’ve known Ben Robinson for a number of years, and he was very kind in his enthusiasm for my writing, particularly the oral history books I’ve been co-writing with Mark Altman for the past six, going on seven, years.

When they acquired the Stargate license, Ben asked if I’d be interested in writing a pair of “in their own words” books, which I jumped at the chance to do.

GW: For those who may be unfamiliar with the genre, what is an “oral history”? What should Stargate fans expect from the books?

EG: It’s funny, but until Mark and I started writing them, I wasn’t all that familiar with the oral history format. He suggested it for a book on Star Trek’s 50th anniversary, so I immersed myself in them — particularly Live from New York: An Uncensored History of Saturday Night Live, and I Want My MTV and The Box: An Oral History of Television. And I absolutely fell in love with the format and the way it allows you to tell the story of something.

If you go with the idea of the film Rashomon, you can have several people recount a specific event, but get either markedly or partially different reflections. Now imagine a hundred of your closest friends gathered together and reminiscing, each talking about a subject and remembering it somewhat differently from the other or from a different perspective.

What I’m doing for Eaglemoss is a pair of oral history books, the first to be called Stargate SG-1: In Their Own Words, which, as the title suggests, covers the original series. The second volume will be devoted to Stargate Atlantis and Stargate Universe. I’m not going to say that these are the definitive books on the subject, although the hope is that they’ll do well enough to warrant several exhaustive volumes on all things Stargate to follow in the near future.

I view them as kind of oral scrapbooks, remembrances of people who were there, how it all came together, the casting (actually, there’s a strong emphasis on the cast and their roles), the evolution of the show both thematically and production-wise, and how it continues to live on.

Oh, and they’re both in full color.

Here’s a perfect example — a very edited section coming from the book we did on Buffy the Vampire Slayer and Angel, Slayers & Vampires:

Another element of the show introduced in season one was the conduit between Team Angel and the Powers That Be — a cosmic force that seems to be guiding everything — represented by the Oracles, as played by Randall Slavin and Carey Cannon, from whom Angel would occasionally seek guidance and who, in their arrogance, could barely tolerate his presence.

CAREY CANNON (actress, Female oracle): When I went in to audition, I remember thinking that it was really smart. I only got two pages — you get six or seven lines — and I understood that the principal character in the series would be in the scene, and that’s always exciting when you’re an actor. It was fun to audition for it, and it was a nice change from hamburger commercials.

RANDALL SLAVIN (actor, Male Oracle): I had no idea what Buffy or Angel was. Most jobs you just sort of go in wondering, “What am I doing here?”

CAREY CANNON: Being painted gold and wearing the toga for the character was so fun. It’s always interesting to get to talk to the technicians who make that stuff happen, and these people have been doing this for a long time.

RANDALL SLAVIN: I’d known Charisma Carpenter before I did the show, and I remember sitting in my little dressing room in my stupid purple toga and painted gold on the Paramount lot, and I didn’t want to run into Charisma because it was so embarrassing.

CAREY CANNON: It was pretty clear what the writers thought these Oracle characters were, and they were sort of declarative, so there’s not a lot of area for doubt, right?

RANDALL SLAVIN: The whole experience was awful. It should have been a dream and it was miserable. Every time I’d go back, I’d have to stand in my underwear and get painted.

CAREY CANNON: David Boreanaz was unfailingly kind as was everyone on that set. It took a number of people to make the couple of scenes happen, and one of them involved a rigged watch that had to fly across the space, so there were all these people standing around to make this little gimmick happen, which felt like stage magic.

RANDALL SLAVIN: David was an asshole. He was just unpleasant, whereas on other shows you’d guest and they’re really warm, because they know it’s an awkward thing to walk onto an established show, and they know it’s an uncomfortable situation for everyone. He was just dismissive and unwelcoming, just playing at the hierarchy of set life.

JAMES MARSTERS (actor, “Spike”): This is why you never pay attention to critics. I remember doing plays and you’d have these things called previews before you’d open the play and sometimes you would talk to the audience after the show about their impressions. One person said, “This is the most amazing piece of art; I was transported.” And then the very next one would be, “This is the biggest piece of shit I’ve seen in my life. How dare you waste my time?” These people could’ve been sitting right next to each other, watching the exact same performance, and they would have radically different impressions.

GW: Who have you interviewed for the Stargate history you are narrating here — and who do you still hope to get?

There are others, as well as cast members, that we’re hoping will be falling into place soon. The hope is to get as many voices into these books as possible. 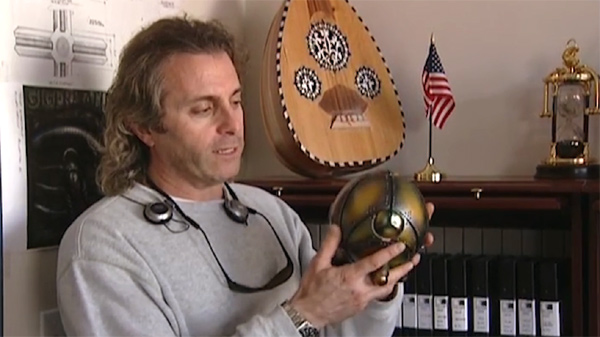 GW: Have you come across anything in Stargate’s production history that struck you as surprising so far? or particularly insightful?

EG: Delving into the production history of Stargate for me is something new, so a lot of it has been illuminating. Stuff about the early days, the Showtime deal, the humor that Richard Dean Anderson brought to the project, the gradual evolution of the cast into a cohesive unit. Mostly, though (and this is where it is similar to Star Trek), the ability of Brad, Robert, and the rest to craft this franchise in such a way that Stargate SG-1 itself would go 10 seasons and two DVD movies, but then we’d get Atlantis and Universe.

Whatever your feelings about a particular series, I don’t think you can argue [with the fact that] that a tremendous amount of creativity and genuine effort went into their creation in front of and behind the cameras.

And here we are, nearly 25 years after it debuted, still talking about Stargate as a living, viable thing. That is pretty amazing.

Pre-order Stargate SG-1: In Their Own Words now at Amazon and support GateWorld with your purchase! Our thanks to Ed Gross for sharing about the project.

GateWorld receives a percentage of sales through our Amazon affiliate links. Thank you for supporting independent fan journalism.

Aha… now here’s something I’m interested in. =D
Though I’m gonna hold of on pre-ordering from Amazon.com, hoping it’ll also become available a little closer to home, Amazon.nl or .de or .co.uk.

I’m definitely interested in this project, the oral history genre has been very popular in recent years…
The behind the scenes production content is always great but I’m hoping we get interviews with actual members of SG-1…

Nice I just pre-ordered this. Excited to get it when it comes out!