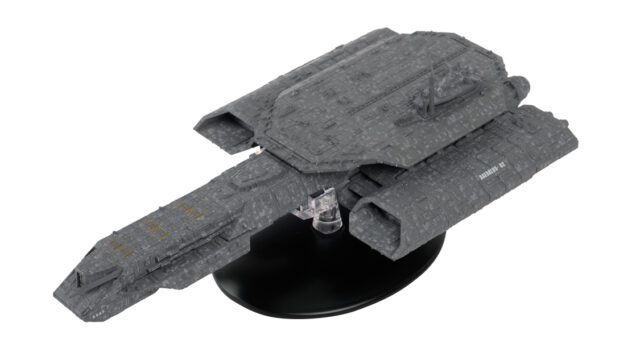 Stargate fans have been asking for official models from the sci-fi universe for years now, and MGM and London-based Eaglemoss have finally delivered.

Today Eaglemoss’s “Hero Collector” line announced the first entry in the ongoing “Stargate: The Official Ships Collection.” The first collectable ship model will be the U.S.S. Daedalus, available today for pre-order at Eaglemoss.com.

The model comes with an opening price of $54.95 (USD), and is expected to be delivered on November 30.

Hero Collector is anticipating a new release in the series about once per quarter — assuming that customer response is positive.

The Daedalus model is 8.8 inches long, hand-painted and made of die-cast metal and ABS plastic. The show-accurate model includes fine details such as the ship’s hanger bays, railgun batteries, deep space sensor array, tactical warheads, maneuvering sub-engines, and a bay of fighter-interceptors. It comes with a detachable display stand. 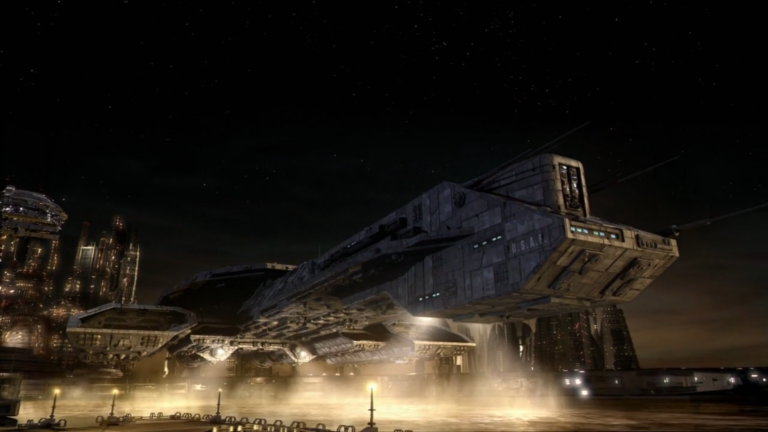 On Stargate the vessel was the first of Earth’s BC-304 deep space carrier fleet, more advanced and sleeker in design than its predecessor Prometheus. The ship combined human an alien tech, including Asgard transporters as well as a hyperdrive that allows it to travel between galaxies. The ship was originally armed with powerful, man-made railguns, before eventually being upgraded to utilize Asgard energy shields and beam weapons.

The Daedalus made its first appearance in the Stargate Atlantis second season premiere, “The Siege, Part 3.” After rescuing the city of the Ancients from a Wraith assault, the ship — under the command of Colonel Steven Caldwell (Mitch Pileggi) — continued to play a key support role for the Atlantis base.

We don’t know yet if Hero Collector will follow up with additional ships in the BC-304 line, or if they’ll first turn to other Stargate favorites — like the Goa’uld Ha’tak vessel, Asgard warships, the F-302 interceptor, and Destiny. On the television series Daedalus was followed off the line by the Odyssey, Korolev, Apollo, Sun Tzu, and the U.S.S. George Hammond. These models would be more or less identical — though the fact that Eaglemoss designers have included the marking “Daedalus 02” on this first model suggests that more in the deep space carrier line could be forthcoming.

That marking does appear on the ship in the television series: 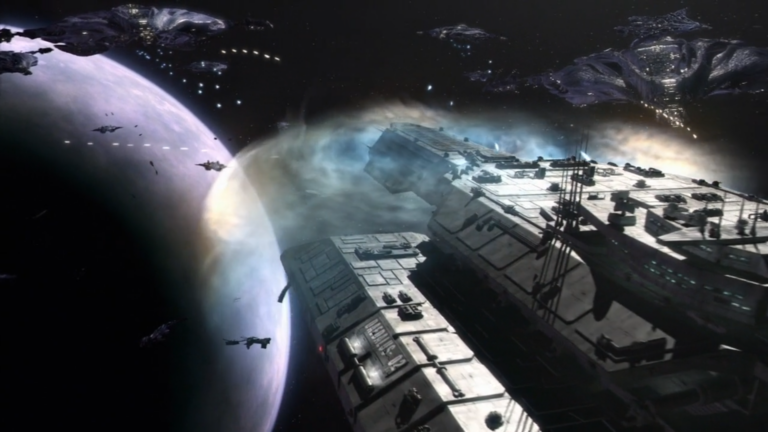 Hero Collector says that future entries in the Stargate Official Ships Collection will span all three television series, meaning that just about everything — human and alien ships alike — is on the table. The company suggests that fans should keep an eye out for upcoming ship reveals — as well as “special additions to the Stargate collection.” So even though they aren’t ships, we’re hoping that Hero Collector quickly makes the Milky Way, Pegasus, and Destiny Stargates themselves.

Keep it locked on GateWorld for more on the new Stargate Ships Collection in the weeks ahead!

Will you be picking up the Daedalus model? What ships or other models do you want to see next? Leave a comment below!

GateWorld earns a commission on purchases made through our affiliate links. Thank you for supporting independent fan journalism! 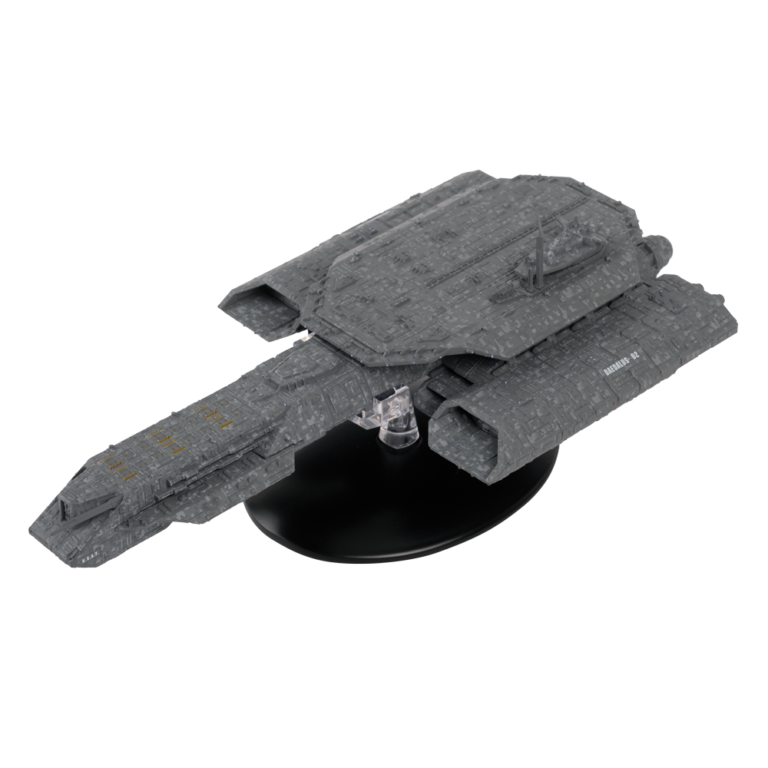 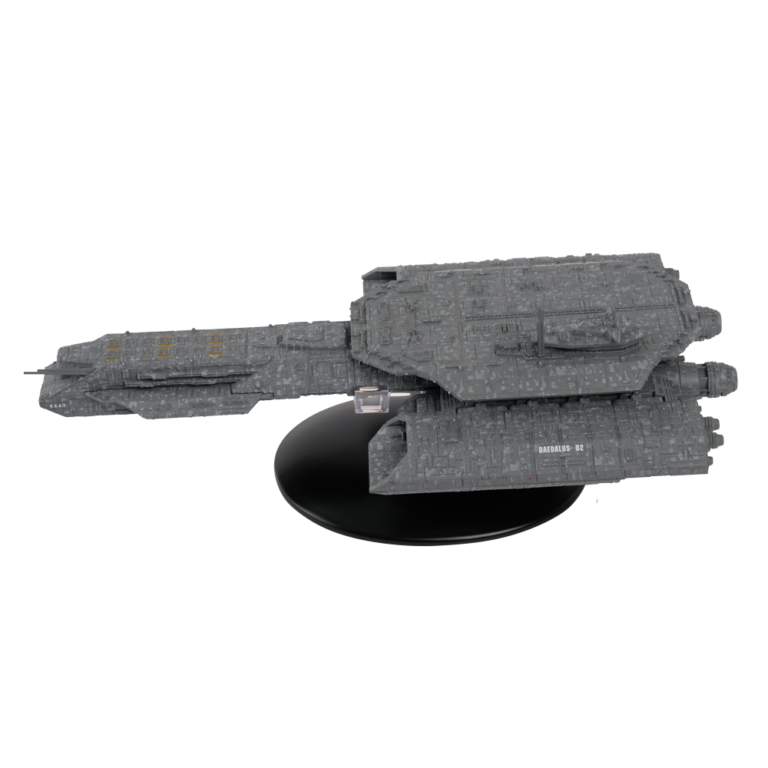 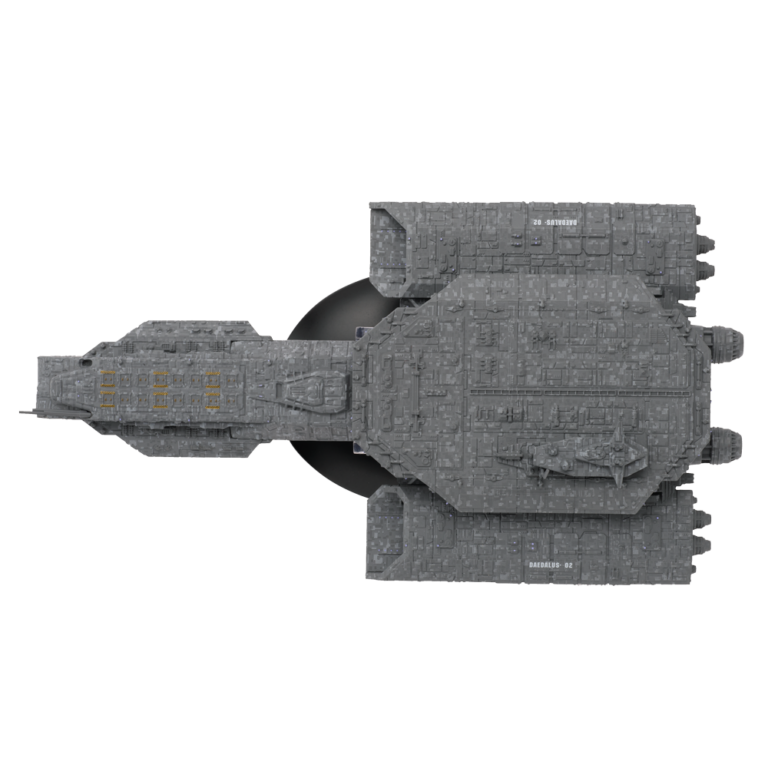 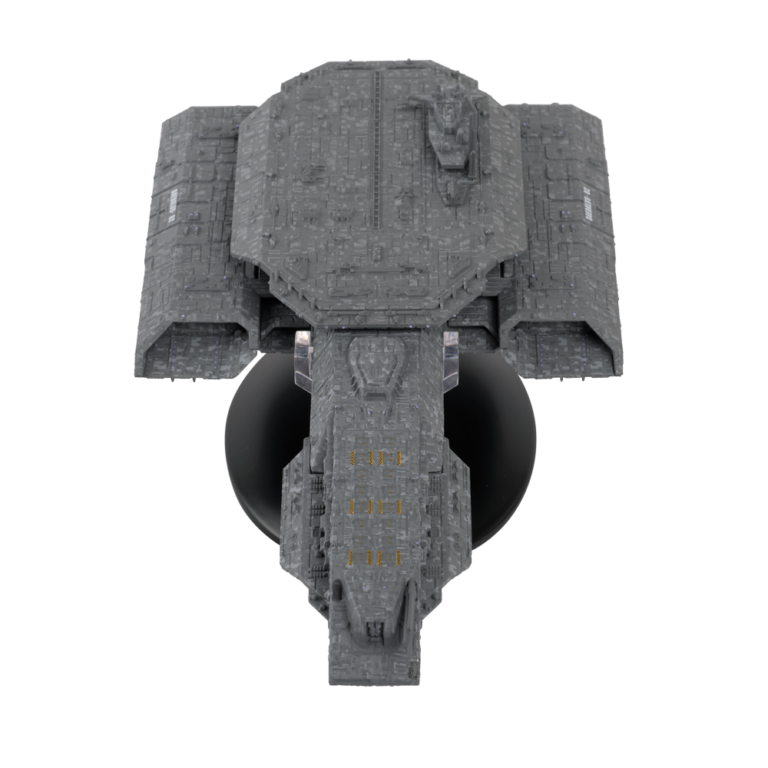 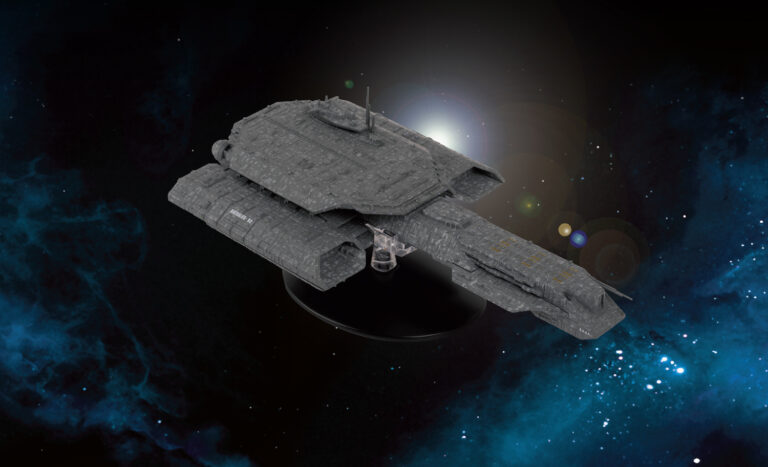 Will the Stargate models come with magazines, like the ones from the Star Trek collection? They’re suspiciously absent from the product description.

No, there is no companion magazine. Eaglemoss confirms to GateWorld that they are not following the partworks model for this series.

Well that’s disappointing. Concept art and orthographic renders of the CG models are a big part of the draw for me. I hope they’re at least going to release a “shipyards” book in the future, as they did for Star Trek and Battlestar Galactica…

It sounds like Eaglemoss is open to doing a Q&A for us now that we’re getting close to the first model’s release. We’ll put out a call for fan questions, but you are also welcome to post them here! Boy, I would love to see a nice, full-color “shipyards” book.

I agree with you and Dantini, they definitely need to do a shipyards book!

I really hope they product a build a gate series like they have for the Enterprise. I’m down for this ship too.

Darren, could you ask them if they have plans for the Stargate’s themselves?

For sure! I think this is on everyone’s mind for the line.

would buy one but won’t ship to australia :/
can this be changed to fully International ?

I will get one as soon as they are available in Australia, whenever that is.

Been waiting for this for so long, have made room for all the ships, I go to preorder it, WTF moment, you cant preorder it to Denmark where I live, the only nordic country you can preorder it in is Island, this is f…ing bulls–t, the only option now is to buy it on ebay for 5 times the price or more, yeah as if, Eaglemoss make these ships available to ALL

Hoping for an ancient warship (Aurora, Orion, …) model. Been thinking about building one myself but found it hard to find good reference material.

Is there any chance that it will come to other countries shops? Being in Australia it becomes very difficult to get things over here.

I’ve seen the model turn up already at Entertainment Earth’s Web site. I don’t know if they ship internationally, but it may be worth a look. Otherwise it’s probably going to be a matter of waiting for the release and asking your local collectibles retailer to get ahold of one for you.

I might have to look around a bit more then I guess. There aren’t too many collectables places around me. Closest one is 4 hours and they just keep getting further.

Either I’m too late or they didn’t go on sale in Europe yet. I really want that so badly! ^^