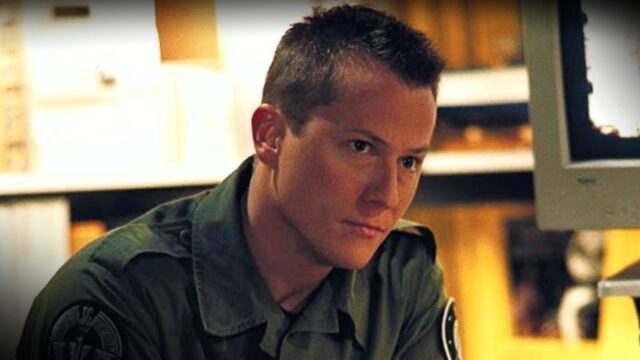 Season Six of Stargate SG-1 brought two big changes to the show: SG-1 made the jump from Showtime to basic cable in the United States, and actor Michael Shanks departed the regular cast. That left some big shoes to fill.

To take the place of Dr. Daniel Jackson the writers created a new character in Jonas Quinn. Actor Corin Nemec (Parker Lewis Can’t Lose) was cast, and over the course of the season (plus a few additional guest appearances) he made the character someone who a lot of viewers came to love. Jonas was young and eager to learn, intelligent and devoted to ushering his people the Langarans into a larger galaxy.

No one knew that Jonas would only get a single season on the team, and we’re left to wonder how much deeper we could have gone with Jonas had Nemec been allowed to continue on in the role after Shanks returned to the cast.

Here are our Top 5 favorite episodes that focus on Jonas! 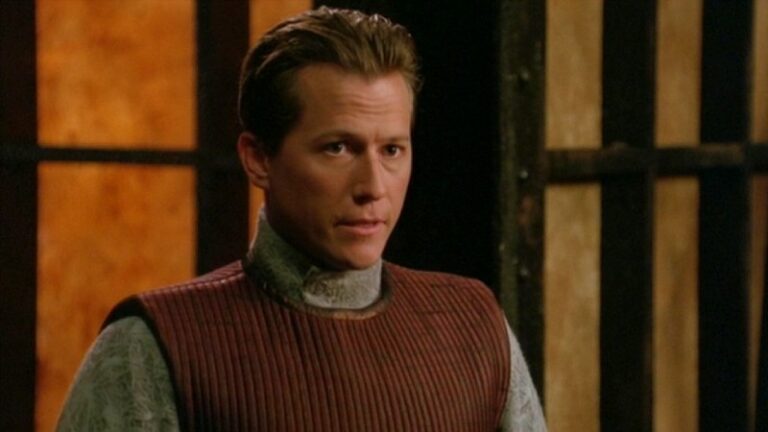 Jonas’ introduction was controversial among fans, to say the least. Daniel sacrifices himself to save the people of Kelowna, stopping the accidental explosion of a naquadria experiment. Though Daniel saved millions of lives and exposed himself to a lethal dose of radiation, the Kelownan leaders try to scapegoat him for the accident. Jonas is their representative to Earth, and finds himself caught in the middle.

Jonas’ introduction is fitting for the character: he’s young, a bit unsure of what to do when he is pushed into a corner, but finally makes the moral choice and stands up for what is right. Jonas defects from his people, bringing Earth a supply of the valuable mineral that will help them crack hyperspace travel (“Prometheus”).

Daniel dies and ascends to a higher plane, and Jonas will go on to later join SG-1. In part it was to help his own people, but it was also to honor Dr. Jackson’s sacrifice and try and make up, in some small way, for the part he played in this disaster. 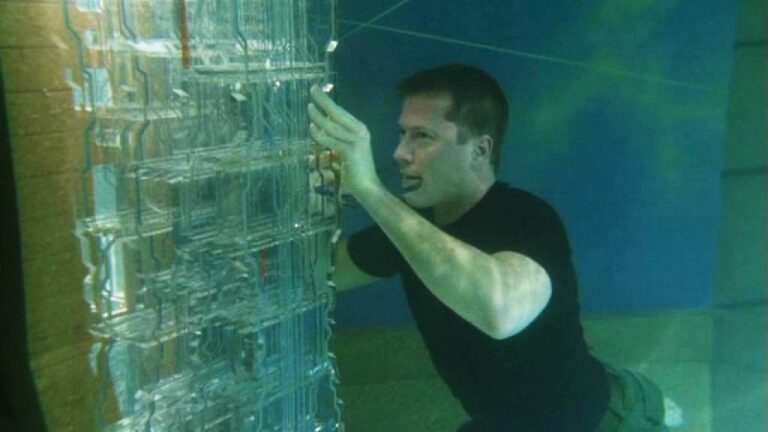 After officially joining the SG-1 team at the end of the two-part season premiere (“Redemption”), “Descent” was Jonas’ first (on-screen) mission. Earth is unsettled by the arrival of a Goa’uld mothership in orbit — but the ship just sits there, not doing anything. SG-1 boards the ship to discover that it is abandoned … mostly.

It’s a great team episode, with new dangers around every corner (Ninja Jaffa!) and the surprise return of an ally. And after the ship crashes into the ocean, Jack and Sam find themselves trapped in a corridor that is rapidly filling with water.

It might seem an odd choice to pick “Descent” as a great Jonas Quinn episode. After all, doesn’t he spend most of it sitting with Teal’c on board a cargo ship, eating a banana and wondering if Colonel O’Neill likes him? What about when the Ninja Jaffa board the ship and Teal’c takes them all out before Jonas can even get his zat gun open?

This is a great episode for Jonas because it showcases his inexperience, as well as his eagerness to be a part of the team — and then his incredible heroism in saving the day! With the team trying to make their escape before the ship explodes, but trapped outside the glider bay, Jonas takes it upon himself to do a deep dive to unlock the door. The underwater transport ring sequence is one of the coolest things Stargate ever did. 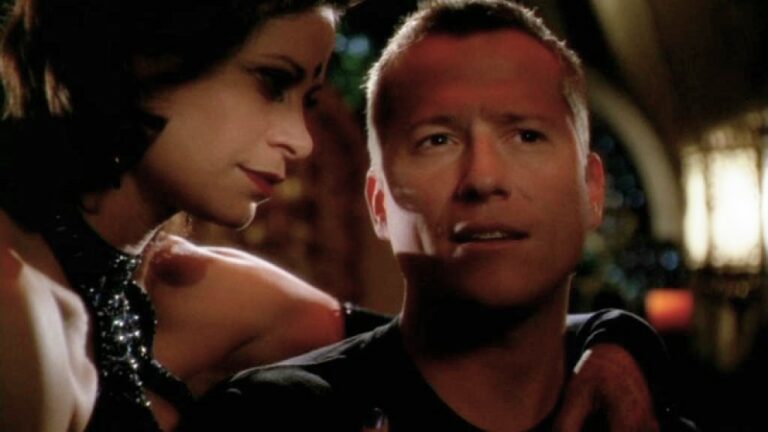 Jonas finds himself at the mercy of a former Goa’uld System Lord when SG-1 is drawn to a planet with a piece of advanced technology left behind by the Ancients. It has long been Nirrti’s goal to engineer a genetically advanced human to be her next host, and she has been using the device to experiment on the local population — giving them powers of telepathy and telekinesis, while leaving them horribly disfigured.

When Nirrti captures SG-1, she puts each of them in turn into the machine to see what genetic potential she might unlock.

Jonas catches her eye. Evidently a few thousand years of evolution on another planet has left him with an interesting genetic makeup, one that is closer to the next stage of humanity (and thus very useful to her). It’s here that we get a hint of an explanation about why Jonas is so naturally gifted (all season he’s displayed a keen eye for observation and a photographic memory). And we get a delicious scene of Nirrti (guest star Jacqueline Samuda) attempting to sweet-talk Jonas into collaborating with her, only for him to mock her to her face.

Yeah, this kid has come a long way. 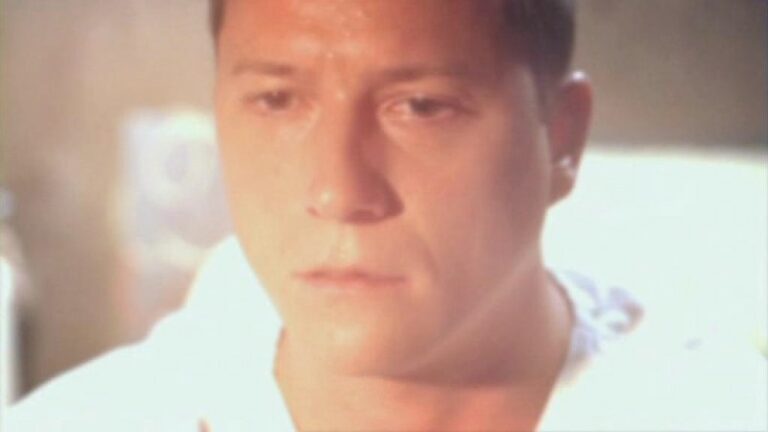 By now some time has passed since Nirrti put Jonas in that machine, but its effects prove to be more long-term for him. On a visit to P4S-237 he falls ill and experiences a brief vision of the future. He thinks little of it when the moment that he foresaw comes to pass — kind of like a feeling of déjà vu in reverse — until it happens again back at Stargate Command.

His condition rapidly deteriorates, and Jonas finds himself in the infirmary fighting for his life. Dr. Fraiser is determined to perform surgery to remove a tumorous mass from his brain. But Jonas’ condition seems to be giving him the ability to see the future, and he wants to use that to try and help his team … even at the risk of his life. That moral conundrum becomes all the more pointed when Jonas misinterprets a vision (and ends up causing what he had foreseen), and then when he sees enemy Jaffa successfully penetrate the S.G.C. and detonate a bomb.

“Prophecy” is so much more than a “Jonas has super-powers” episode. This man is so desperate to contribute, to prove his worth to his new friends, that he is willing to die for it. And after the crisis is averted and the tumor is removed, Jonas finally gets the affirmation from Colonel O’Neill that he has long sought: “Get well soon. We need you out there.” 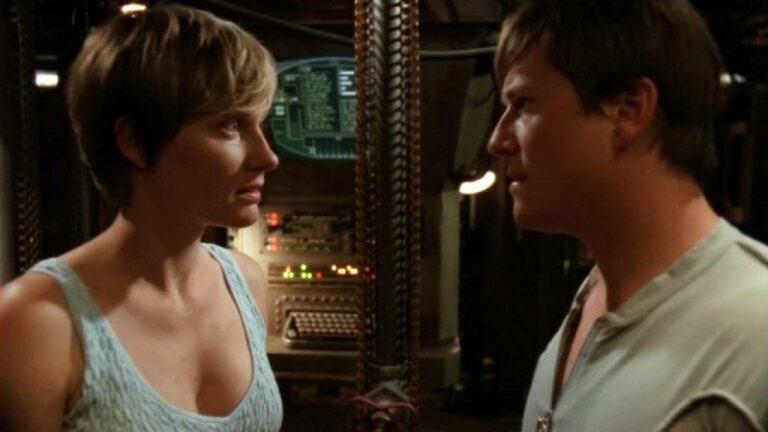 Our favorite Jonas Quinn episode is actually his last appearance, after he has left Earth to return home to Langara. A new crisis that threatens to destroy his world brings him back to the S.G.C., where he enlists the team’s help in stopping a massive naquadria explosion. Meanwhile, three delegates from the planet’s rival nations travel to Earth to consider a mass evacuation.

Jonas has grown since he left SG-1. He is a leader among his people, trying to unite them against the threats that lie beyond their atmosphere — especially the Goa’uld. With help from Sam and Teal’c, Jonas and his co-worker (and girlfriend who, no judgment, has the same haircut as he does) Kianna pilot a deep underground excavation vehicle and Tok’ra tunnel crystals to cut off the vein of naquadria.

Jonas Quinn’s swan song shows a man who has come into his own, no longer wet behind the ears but ready to lead.

After ranking our Top 5 episodes we realized that, completely coincidentally, our list also lines up with the airing order. That just goes to show how much better Jonas got as he grew into his role.

What are your picks for the best of Jonas Quinn? What about your favorite scenes with the character that aren’t in a Jonas-heavy episode? Post your favorites in the comments below!

Next Up: Check out this recent list of our five favorite Teal’c episodes from Stargate SG-1.

I liked Jonas too and wish we could have seen more of him when he returned to his planet. I know other people have commented on this, but I hated Jonas’ hair in the last ep, and the outfit. I think hair/make-up and costuming did him no justice in his last appearance.