Browse: Home / 2022 / September / Get To The Gate! Stargate Just Made Its Grand Return to Amazon Prime Video 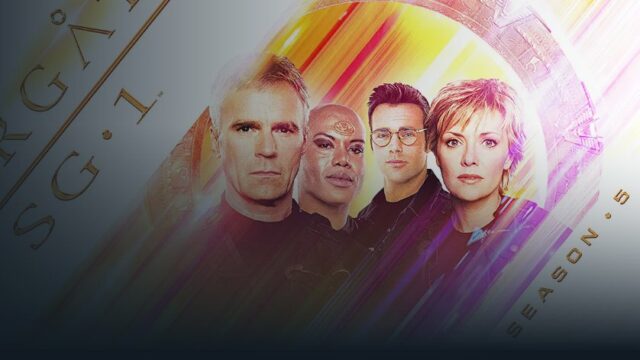 Here’s some news we have been waiting for since back in the spring of 2021, when Amazon announced it was buying Stargate’s home studio Metro-Goldwyn-Mayer. The Stargate franchise is back on Prime Video in the United States as of today.

The shows seem to have appeared just as the calendar rolled over to September 1 on the East Coast. It’s been 18 months since the shows were available to stream on Prime Video, last departing at the end of February 2021.

During that time Amazon announced its $8.45 billion acquisition of MGM, went through the lengthy process of regulatory oversight by the U.S. and E.U. governments, and eventually finalized that deal. In the five months since then, there has been no signal from the retail giant about what it will do with the science fiction franchise. 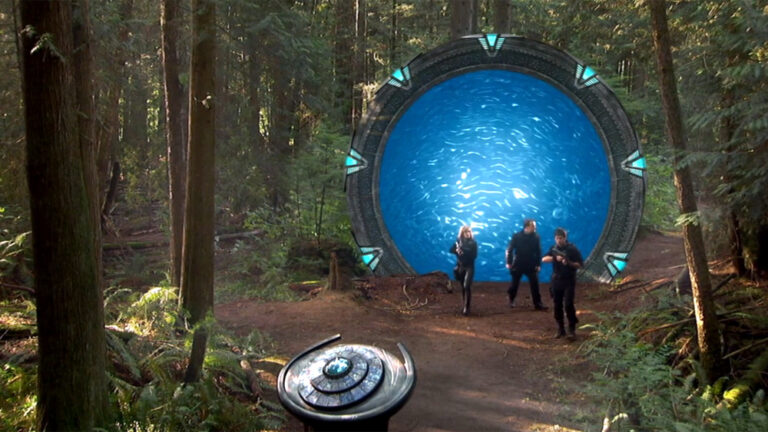 Viewers in some territories outside the U.S. have been able to keep watching Stargate through Prime Video’s “MGM Channel” add-on. But that isn’t available in the States.

Stargate’s return to Prime Video is great news for the franchise on several different fronts. For starters, Prime has a far superior copy of the episodes. These are 16:9 widescreen episodes, with a higher resolution (evidently upscaled to something around 720p).

Netflix not only has the 4:3 edition of SG-1 early seasons, but is still falsely listing all 214 episodes as rated TV-MA for nudity — arguably doing harm to the show’s discoverability by new viewers. (Only the first episode has nudity, a concession to Showtime that the producers immediately moved away from.) Hulu, meanwhile, is streaming the version of Atlantis that is edited with disruptive hard act breaks for commercials.

Amazon is also the only streaming service with the “Final Cut” version of the pilot movie, which removes the nudity among other changes.

Last but not least, Stargate Universe hasn’t been available to stream ad-free anywhere since Hulu’s license expired last year. (All three shows have been available with ads on Pluto TV in the U.S. since April.) 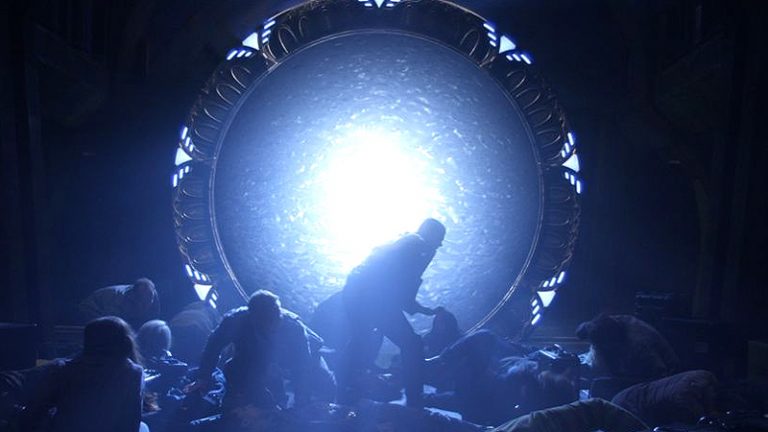 There is no sign of SG-1’s two movies, The Ark of Truth and Stargate: Continuum, on Prime Video just yet — though they can be rented for $3.99 each.

Prime Subscribers: If you are experiencing playback errors, try clearing your browser’s cache and restarting the browser.

Since MGM licenses the rights to Stargate under fixed and finite terms, which vary from streamer to streamer (and from country to country), there’s no telling how long the franchise will remain on Prime this time. But the fact that Amazon just bought MGM in order to acquire its film and TV library suggests — Bezos willing — that it might stay for good.

Over on Netflix SG-1 will hit the 1-year mark on its license at the end of November. We’ll find out then if Netflix will re-up, or if the show will be leaving that service. Atlantis, meanwhile, will reach the 1-year mark since the most recent license renewal in October.

Keep your browser locked on GateWorld for the latest on Stargate and its future with Amazon! You can use our continually updated Where To Watch page to find out where all of the Stargate movies and television series are available to stream in the U.S.

GateWorld receives a commission from purchases made through our Amazon affiliate links. Thank you for supporting independent fan journalism!

“Over on Netflix SG-1 will hit the 1-year mark on its license at the end of November. We’ll find out then if Netflix will re-up, or if the show will be leaving that service. Atlantis, meanwhile, will reach the 1-year mark since the most recent license renewal in October.

Sounds to me like someone has also seen The Popcast video on Youtube a few weeks ago about “why Amazon isn’t making new Stargate” :)

Even though this article says that SGU is. SGU is still not available to stream on prime.

I found a listing for SGU that was not, and another that is. Try the “Stargate Universe” link at the top of the article.

I finished watching the first two episodes of SGU a couple of hours ago. You should be able to access both seasons.

Texas boy here. Darren is right, the link in his article takes you direct to Amazon SGU and it is playing. Really nostalgic, I forgot how good the production quality of SGU was.. it sure was a different take on Stargate.. much more like a trip back to the Roland Emmerich movie.. “It will Take you a Million Light years from Home.. but will it bring you back?”. I think Battlestar Galactic had played out by then and everyone was just tired of dystopic shakey cam. Looking at it now, it stands on its own a lot better. I prefer… Read more »

Its on prime but it cost extra. I’ll stick to torrents. Amazon get enough of my money

When you think about it, most die hard fans already have the DVDS. So this is not really big news.

Well, you may be surprised how many new fans streaming has made for Stargate over the last few years. We hardcore fans scooped up the DVDs years ago, but now there is a whole new generation of fans and potential fans — thanks in large part to the shows’ availability on streaming platforms.

But when in Canada is it on prime

Only via the mgm channel addon, which is an extra fee

Truthfully, you can watch them all on Pluto for free right now…

I’ve been watching Stargate on Prime Video in Australia for over a year now? Didn’t realise it wasn’t in the states yet. I’ve been paying the MGM subscription add-on and been rewatching the series.

Confirmation. All three shows are available on Prime here in the United States.

I’m from Texas, watching SG-1 Season One, Episode one now. It looks like they added more cinematic Titles to the First Episode. BUt what do I know, they may have done it year ago and I never noticed. Extra Crisp and the Sound is a lot better than I recall.

Yep, that’s the “Final Cut!” It was released in 2009 as a DVD movie. Amazon is the only service that streams it as the first episode.

What US programs are you receiving (or not receiving) in Denmark now?

So here in the UK we still have to subscribe to an extra add on channel to watch these!!! 😡

Big deal. You can already watch them all for free on Pluto TV.
They’re on night and day in an endless cycle. Best thing on Pluto.

Yes it’s free on Pluto. But what if I want to do a few SG1 episodes, then jump to SGA, watch a few, then go to SGU? On Pluto you don’t have that flexibility. And Pluto blasts you with incessant commercials.

You have that flexibility. Pluto has an “On Demand” feature which allows you to select individual episodes in any order, whenever you want. For some reason, the On Demand feature gets overlooked. (“Farscape” is available there; but, never shows up on a channel.)

I think the show would have been well served to have more nudity throughout – like what was in the pilot.

Why is Amazon making this difficult? On my firestick, if I click on stargate universe, it lets me read about the episode, but instead of a play button, there is an info button. No option to purchase it either. Just info. But I searched for this article through the internet app on the firestick and clicked the link inthe article and the first episode started playing.

Doesn’t seem to be available in the UK, unfortunately.

They have their own channel on Pluto Tv

Any idea on when this will be available in the UK? Can’t justify Prime’s price increase, but would hold off on cancelling to rewatch the franchise. I have the full sets of the DVDs from release, but they’re all grainy on my TV.

If you purchased the movies with apparently excluding original stargate movie you also stream in the states Prime video I lost series but always had access to movie titles including Catherine!

Weird you can’t stream or purchase the original movie think you can stream original movie with add on channel but not otherwise aka can’t purchase it right now! As torrents nothing torrents and file sharing etc but quote Steve jobs music you just feel better honest art of another!

will there be a new stargate series

I still need to pay with MGM subs to see it on prime. Anyone knows why> Thx?

Probably you live outside the U.S. For now Amazon hasn’t added it into the Prime library elsewhere, and requires the MGM Channel add-on.

I just watched a couple of episodes of SG-1 on Prime through my Roku on my 1080p projector at 75 inches. The quality is horrible. Yes it’s 16:9 AR but it’s either very poorly upscaled or overly compressed. SG-1 is actually still on Netflix so I compared them and although Netflix is 4:3, it looked better. Prime looked like zooming in on a tiny jpeg image with cube shaped artifacts. Has anyone else noticed this?

Here in Australia, it’s on the MGM addon channel on prime. I started the 7-day trial yesterday to check it out. There is a notice on each video that it’s “Leaving MGM on Sept 30”. Does anyone know what’s happening after that?

Same in Germany. You can also purchase them, though, as in, they will be in “your stuff” in the “purchases and rentals” tab. I purchased several seasons a while ago (for when I’m travelling and don’t want to lug the DVDs around with me or when I watch on the tablet in bed), and I seriously hope those will remain in my possession as it was quite a lot of money. I