Browse: Home / 2022 / October / Here Are All Of Quantum Leap’s Stargate Connections (So Far) 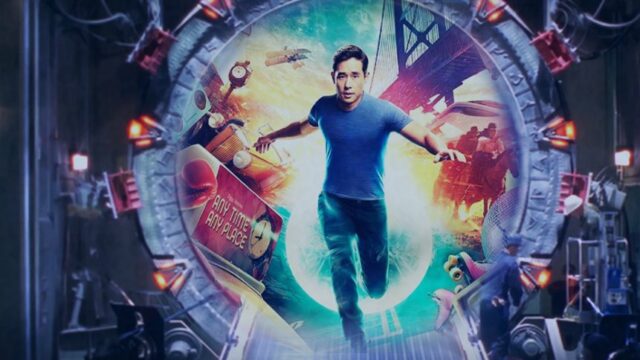 NBC is back in the science fiction game with Quantum Leap, this fall’s sequel to the seminal classic that starred Scott Bakula and Dean Stockwell. The original aired from 1989 to 1993 on the network, setting a gold standard for marrying high-concept time travel with historical character drama.

The 2022 version of the series picks up some 30 years later, when Sam Beckett’s future is our present and a new team is at work on the top-secret, government funded time travel project. In the series premiere Dr. Ben Song (Raymond Lee) breaks protocol and steps into the Quantum Leap accelerator and becomes lost in time — for reasons neither he (thanks, swiss cheese brain) nor his team are aware of. His fiancée Addison (Caitlin Bassett) plays the role of hologram, helping Ben to right history’s wrongs in the hopes of getting him home again.

It’s a new spin on a genre favorite. And after just six episodes, 2022’s Quantum Leap has already accumulated a good number of noteworthy Stargate connections.

And there’s more Quantum Leap coming. This month NBC ordered an additional six episodes of the freshman series, bringing its first season to a total of 18. You can find the show Mondays at 10/9c, or streaming on demand on NBC’s Peacock streaming service. 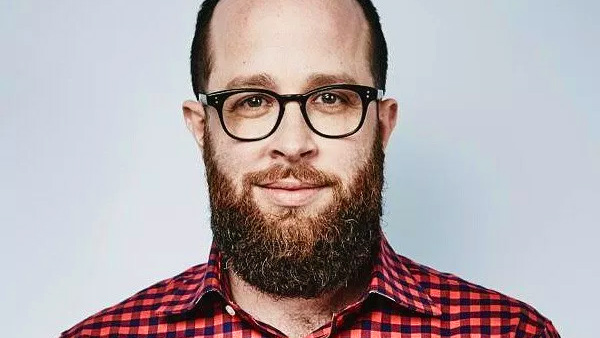 The man behind the scenes is Martin Gero, who worked as a writer and producer on Stargate Atlantis (and also penned a handful of SG-1 and SGU episodes). After his time on Stargate, Gero served as a writer and producer on the Ted Danson comedy Bored to Death before landing his own show: The CW’s The L.A. Complex. Since then he has created Blindspot for NBC, and executive produced shows like Deception and the new Kung Fu reboot.

Gero’s love for Quantum Leap‘s source material is apparent. He joined earlier this year as an executive producer, and was upped to showrunner in July.

“I was very lucky,” he told Collider. “I was originally just gonna be one of the executive producers. The studio and a couple of writers had a take that they were having trouble with, and they asked if I wanted to step in, and it was an immediate yes. I was such a huge fan of the original that it was a no-brainer for me. I was thrilled from the jump to be involved.”

In his work as a producer Gero has often reconnected with talent from his years on Stargate. Atlantis actress Jewel Staite starred in The L.A. Complex, and appeared in two episodes of Blindspot. Amanda Tapping also directed an episode of the latter. Gero is also not above the occasional in-joke for fans: an episode of Blindspot saw guest star Bill Nye (who appeared in Gero’s Atlantis episode “Brain Storm”) making reference to an academic rival, one “Dr. Rodney McKay.” 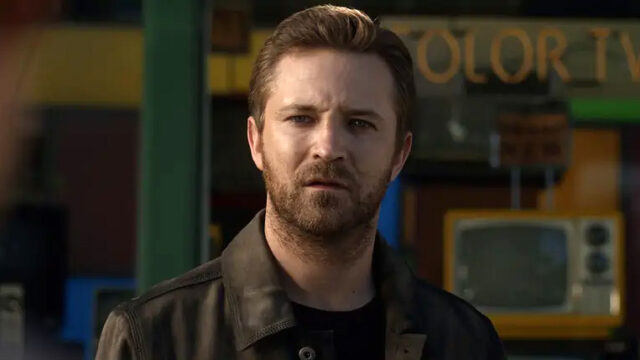 Eagle-eyed fans who checked out the first episode of Quantum Leap may have recognized guest star Michael Welch, who played Ryan — a young man who gets in over his head when he agrees to participate in a series of robberies. It’s Ben’s first leap, and he doesn’t remember who he is or what he is doing in Philadelphia in 1985. But he chooses to be more than just the gang’s getaway driver, deciding to save Ryan from being fatally shot and leaving behind a wife and daughter.

As a child Welch appeared in Star Trek: Insurrection as the Ba’ku boy Artim. In his teenage years, his role on SG-1 was one for the ages: he played a young version of Jack O’Neill, who turned out to the an Asgard-engineered clone, in the fan-favorite episode “Fragile Balance.”

Since then Welch has appeared in everything from Joan of Arcadia to CSI, and from Grimm to Z Nation. 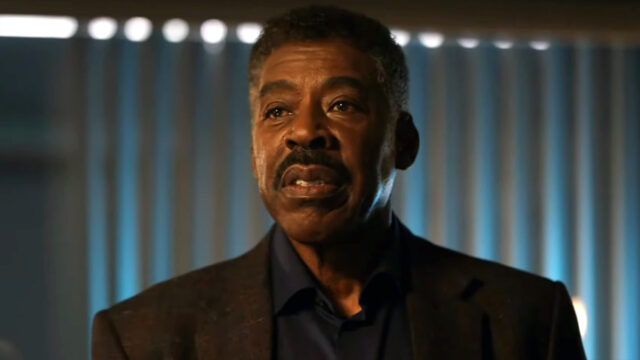 Ernie Hudson co-stars in the show as Herbert “Magic” Williams, director of Project Quantum Leap. It is Magic’s job to hold the team together, and to run interference with his superiors in the government after Ben goes rogue and uses the accelerator without authorization.

This is an interesting character choice: Magic is not a new character but a holdover from the original series — someone Scott Bakula’s Dr. Beckett once leaped into. Williams was a member of Sam’s brother Tom’s unit in Vietnam, and Sam took his place in the memorable episode “The Leap Home, Part 2.” Hearing Magic describe the leap from his own perspective makes for a nice moment early in the series.

While he is best known to science fiction and fantasy fans for Ghostbusters, Hudson also put in a guest appearance in an episode of Stargate SG-1. He played the Rand Protectorate officer Goran Pernaux in Season Nine’s “Ethon,” who tried to resist his president’s desire to destroy the Earth ship Prometheus using advanced technology obtained from the Ori. 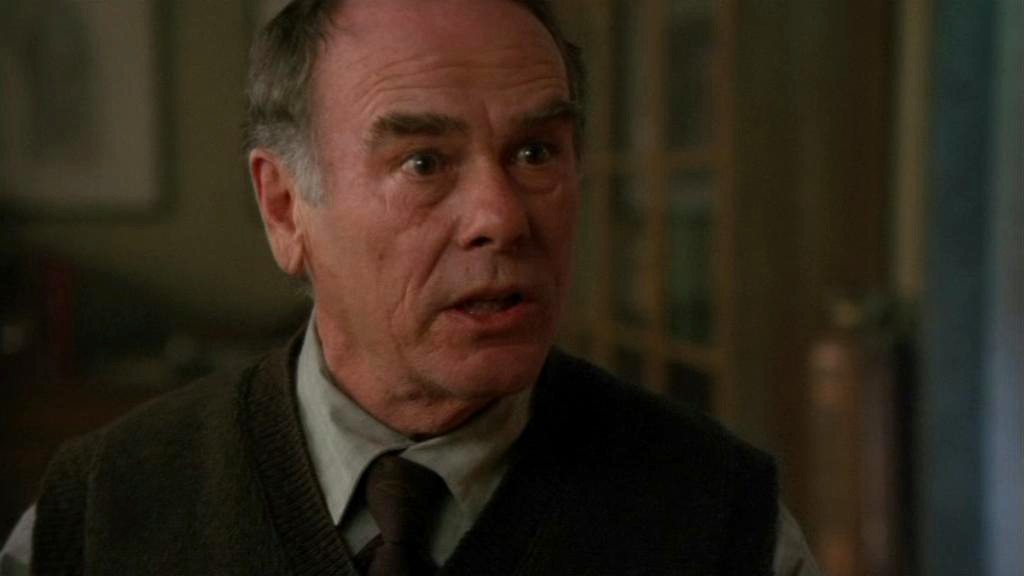 Let’s also give an honorable mention to the great Dean Stockwell — whose role as Admiral (and hologram) Al Calavicci helped to make the original Quantum Leap such a special show. Because the new series is a continuation, it’s not surprising that Al plays a role here as well. His photo turns up in a government file when the team discovers that his daughter, Janis Calavicci (Georgina Reilly), is secretly working with Ben on whatever made him leap in the first place.

We even get to see her mother Beth in a recurring role — played by Susan Diol, reprising her pivotal role from the original series.

Dean Stockwell appeared in the Stargate SG-1 episode “Shadow Play” in the show’s sixth season. He played Jonas Quinn’s (Corin Nemec) mentor, Kieran. Stockwell passed away in 2021 at the age of 85. 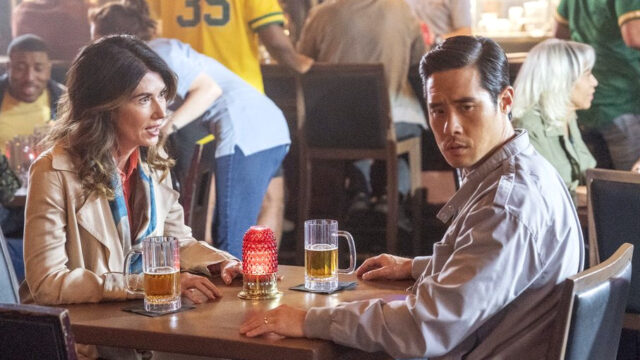 After winning our hearts as Firefly‘s Kaylee Frye, Jewel Staite went on to two different roles on the Stargate franchise — both on Atlantis, though one was under heavy prosthetics. She played the Wraith girl Ellia in Season Two’s “Instinct.” Then, when the show needed to cast a new chief medical officer at the end of the third season, Staite was called upon to play Dr. Jennifer Keller. After recurring through Season Four she joined the cast full-time in the show’s final year.

In this week’s latest episode “What a Disaster!” she plays Naomi Harvey — wife of the man Ben leaps into. The two find themselves in the middle of the San Francisco earthquake of 1989, and together must find their missing son. (Episode six was originally shot last spring as the show’s original pilot for NBC, before Gero was elevated to showrunner.)

Today you can also find Jewel Staite starring alongside Victor Garber in the Canadian legal drama Family Law, which is currently airing Sundays on The CW in the United States. 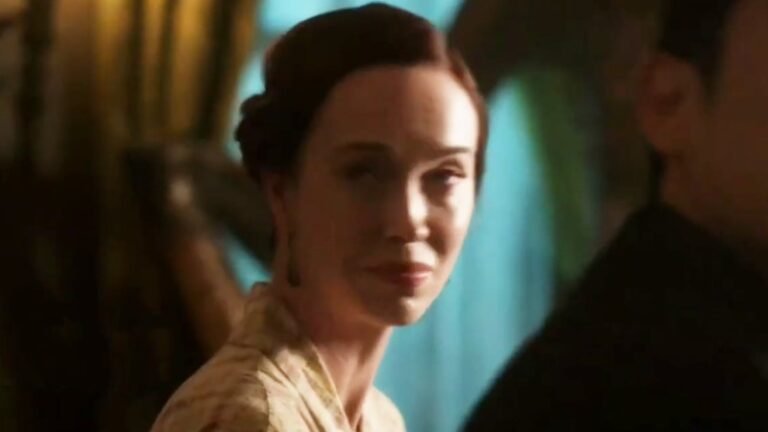 Jewel Staite wasn’t the only Stargate alum to turn up in the October 24 episode. In the same episode actress Elyse Levesque plays Lola Gray, who turns up in the final scene after Ben has leaped to his next mission — setting up her guest appearance in next week’s spooky themed Halloween episode, titled “Oh Ye Of Little Faith.”

A clearly unsettled Lola greets Ben as “Father Davenport,” welcoming him into her home in what producers have teased is Quantum Leap‘s take on The Exorcist.

Levesque played Chloe Armstrong for two seasons on Stargate Universe. Since the show ended in 2011 you might have also seen her in the recurring role of Detective Maddy Enger on Orphan Black, or in an episode of DC’s Legends of Tomorrow. She played Genevieve on the CW vampire drama The Originals, and recently popped up in an episode of The Orville.

Check out her Quantum Leap episode on October 31.

That’s everyone we could find! Have you spotted anyone else from the Stargate family that we missed? Put it in the comments below!

I’m surprised that I’m enjoying this reboot, but I really am!