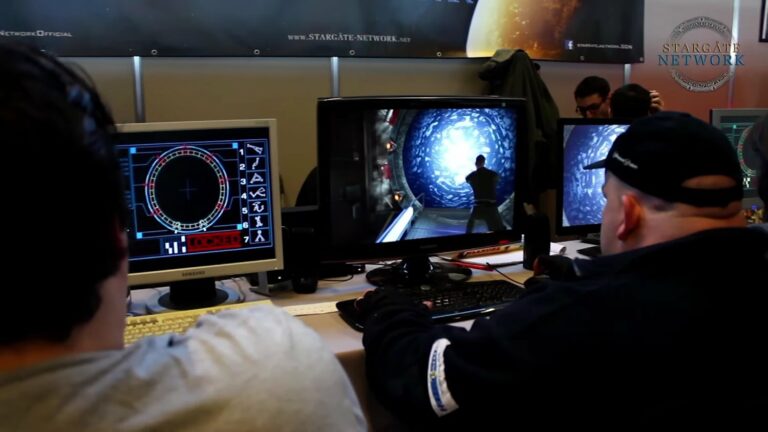 Click here to read the news story “Stargate Network Is Shutting Down For Good.”

To our community and to Stargate fans who have been following us for so many years now.
Stargate Network will not return.

It has now been more than a year that our game is not available anymore and that we have reduced our activity online. A worrying trend for some and intriguing for others. In spite of the passing of time, you are all still numerous to ask us about the reasons for our silence and when will the game come back.

It is first and foremost thanks to you and your support that this project got to exist. That is why we believe it is natural and legitimate, after all this time, to keep you in the loop regarding the situation.

As a reminder, Stargate Network is a video game based on the Stargate franchise developed voluntarily and freely by fans, for fans. We have always made clear that we were not official nor approved.

Since the latest public release of SGN on Unreal Engine 4 in 2018, many of you across the world enjoyed this technical demo and suggested that we should get in touch with Metro-Goldwyn-Mayer Studios Inc. (MGM) to get it greenlit as an official product. The further we went in the game’s development, the likelier its quality and fidelity could be assimilated to a professional production.

We were aware this could eventually lead to a major copyright issue. It was now vital to contact MGM in an effort to sort out our situation. We tried to contact them through multiple channels from 2018 to 2021. Unfortunately, without success.

In June 2021, shortly after the announcement of an official Stargate game, we received a cease and desist letter from MGM’s lawyers asking us to stop developing and sharing our game.

Thanks to our lawyers and the support of people who worked on the original show, we were able to come forward with our willingness to obtain the rights to the IP.

A few months of very cordial exchanges and meetings with MGM followed. We are obviously not able to be more precise about the content or results of these meetings for obvious confidentiality matters (NDA) but we thank MGM for their genuine interest in our project.

On this occasion, our team founded a development studio called “Icy Skip”, a necessary step for a potential partnership with MGM that will also serve for other projects.

However, the recent acquisition of MGM by Amazon initiated a transitional period – the implications of which on both MGM and the Stargate franchise are totally unknown to us – putting an end to our discussions. We would have preferred to announce a new version including all the additional content already developed, but unfortunately that will not be the case. Development is stopped.

Be assured that we have done everything in our power to make Stargate Network come back. The only thing to do now is be patient and see what Amazon decides to make of the Stargate franchise.

Finally, it is with considerable emotion that we would like to thank every person who ever took part in this project, no matter how small or big the contribution, from the most ancient to the most recent ones.

We would also like to thank everybody who supported and followed us during all these years, with special consideration for the many Stargate associations and fan groups that we got to meet at the many conventions we attended.

From the bottom of our hearts, thank you everyone, it has been a long and beautiful journey in your company.

“Will I see you again?”
“All roads eventually lead to the great path. Many cross on the way.” 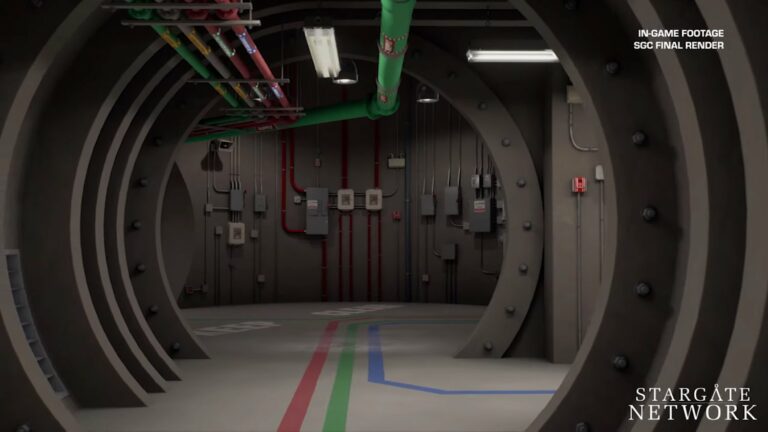 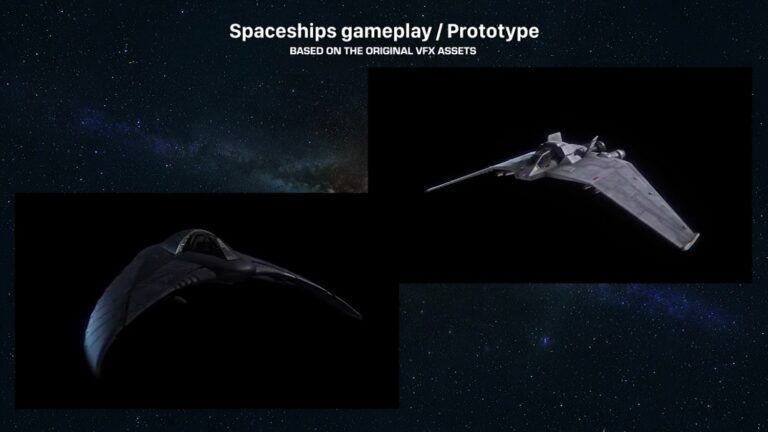 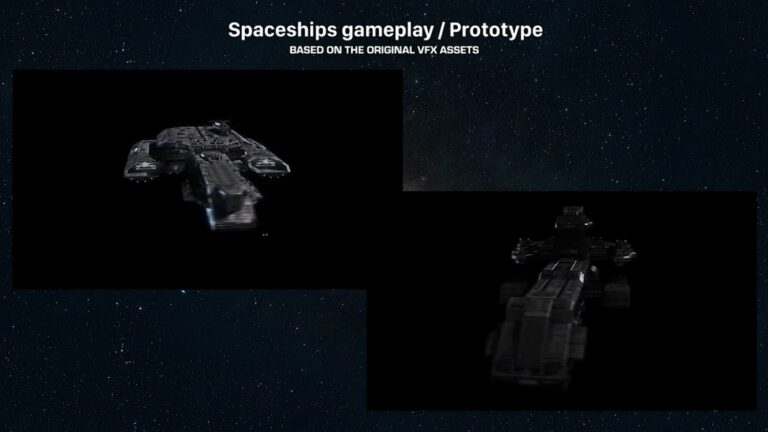 Yeah, great, thanks again Amazon and MGM, for nothing. Now this great piece of a game, which is actually a game the fans wanted, is gone for good. Instead we get a crappy RTS game which nobody wants, which looks like it came from 1995 and which hardly even looks like a Stargate game. If SGN would have gone commercial, I would have actually spent good money, even though my gaming days are far behind me, just to financially support them. Timekeepers on the other hand, no interest what so ever. Honestly, have we seen even one good decision in… Read more »

By the way Amazon US is once again displaying the warning that Stargate is leaving in 14 days.

Wow! That was fast. Hopefully it’s only a false alarm.

False alarm as in a glitch or false alarm as in they decide to keep it at the last minute? Don’t think it’s a glitch since everyone on Stargate reddit is reporting it too. Someone there suggested Amazon might be pulling it to put it on the new MGM+ service they’re launching next year.

We’ve seen a few times where the show came up with the notice that it was leaving soon, only for it to stay on that service. It could be that an extension is forthcoming, or that the end date was entered wrong in the system. … Or it could be that MGM / Amazon are deliberately moving it elsewhere, yeah.

I kind of doubt they would take the shows off Prime Video in order to make them an MGM+ exclusive, but who knows!

I’m a huge fan of Stargate, I’ve watched SG1 and Atlantis multiple times. I actually had no idea about this game, but would definitely have played the game if I’d known about it. I understand licensing issues, but it seems so unfair that so much time and hard work should just come to nothing. I hope Amazon sees sense and can come to an agreement.

I get that people are upset about the game but unfortunately it’s more complicated than people think. Unless something is licensed through the proper channels, Amazon/MGM can’t allow it to go through because then it sets a dangerous precedent of allowing other IP squatters to use and possibly profit off Stargate illegally. Even if MGM doesn’t mind or care, this is not something they can do and it’s definitely not what giant corporate behemoth Amazon will ever do with anything it owns. It’s neither good legal nor good business practice. I will say, however, that instead of shutting it down,… Read more »

Yeah, but have a good look at their official statement. I checked this on their discord too, where I’ve been following them for years. Apparently they realised themselves that they would need proper licensing and tried to contact MGM through different channels between 2018 and 2021, but were just ignored, they never got a response. Then suddenly in 2021, when that crappy Timekeepers game is announced, THEN suddenly they recognize SGN and slap them with a cease and desist, after ignoring their attempts at talking for years. Then suddenly they started having talks. Sorry, but from the side of MGM,… Read more »

MGM has been a mess the last few years pre-Amazon sale. Brad himself said he’s tried to contact people there and was told every time the people he tried to reach “no longer works at MGM.” It’s very likely whoever the game creators tried to reach may not even have gotten or seen those messages to license. It’s unfortunate but that’s what it is – distressed companies often lay off or close certain departments so things get lost in the shuffle.

But still, Brad got an answer that the people he tried to reach are no longer working for MGM. So, he was not completely ignored… . I mean what kind of signal does this give to us, when some really inspired stargate fans are completely ignored by the owners of the franchise? I mean even the actors tried to reach out to MGM to help the team of stargate network. Seems like they have been ignored as well, so again, what kind of signal are they giving to us? The team tried to do the right thing by getting an… Read more »

No worries Ancient Rings is still in development. just took short pause and will be kicking things up.

I didn’t even know this existed until now , and now that I do, I am incredibly sad :( viva la Stargate Network.

Same. Had no idea it was out there until it was too late…

Yep. This is how I found out this existed. I would’ve loved this.

..and literally the day before my birthday; what a sucky birthday present :((

I owned the box sets on DVD and when times were tough and couldn’t afford the cable bill that month I never stressed. I would randomly grab a disc and watch it or start from 1. Got every ex girlfriend into it them as well. 5 years ago I lost my memory. I didn’t start regaining them until late October 2021. I struggled with life and other than work didn’t go out with friends like I used to. My girlfriend at the time told me it was my favorite show and that I made her a fan too. She was… Read more »

Glad you’re regaining your memories. And that Stargate helped you through your experience. Stargate is a powerful thing!

Ughh… This is incredibly sad. It would have been amazing to walk around Atlantis…