Browse: Home / 2023 / January / Stargate SG-1 Is Back On Prime Video, Confusing Everyone 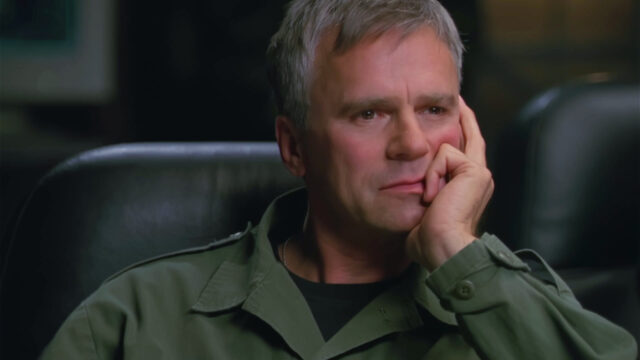 Off again, on again.

After a five day absence Amazon has restored Stargate SG-1 to its Prime Video streaming service in the United States.

The streamer announced in December that all three series in the franchise would be departing Prime Video on December 30. Confused fans then found that spin-offs Atlantis and SGU had returned on January 1.

The episodes may still be difficult to find, however. Like the surprise return of Stargate Atlantis and SGU a few days ago, Amazon has added to the confusion with multiple public listings for Stargate SG-1 — one that lists the episodes as not available for streaming, and one that is included with Prime.

Use this link to find the copy that it currently available in the U.S.

While this is of course good news for those who have been enjoying Stargate SG-1 on Prime, unfortunately Amazon has not simply restored the version of the show that was removed on December 30. Previously episodes were available to stream in widescreen, with a higher picture quality. As of today SG-1 is instead available in its syndication edit (for Seasons One through Seven). This includes: 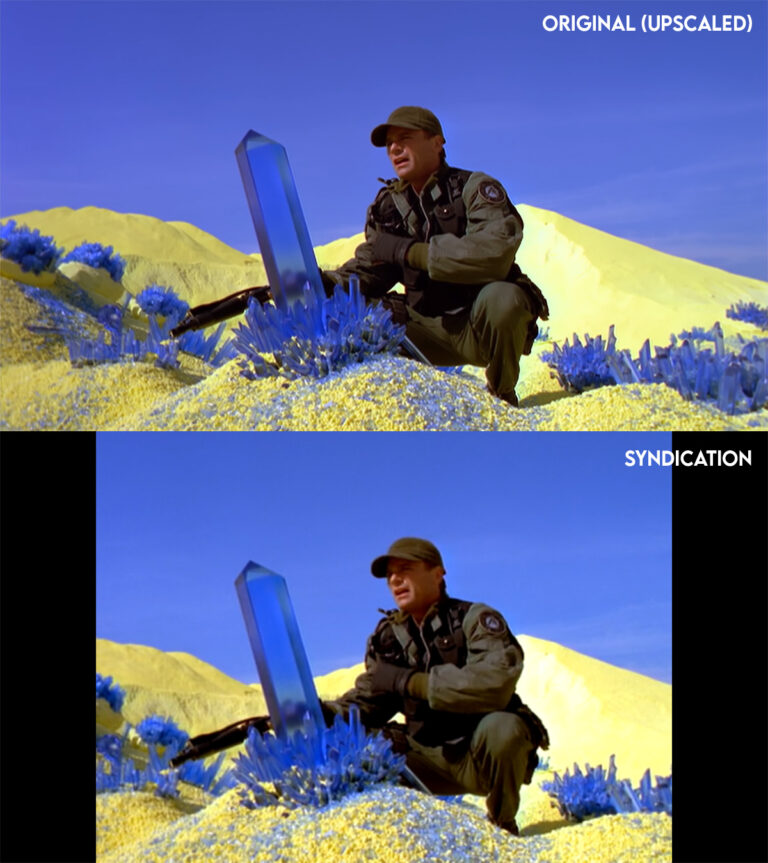 Gone is the “Final Cut” edition of “Children of the Gods,” which previously streamed exclusively at Amazon. (The extended version of Season Eight’s “Threads” remains exclusive to DVD and Blu-ray home media.)

Atlantis is also still streaming on Hulu, though there it’s the inferior syndication version. All three shows are also available on Pluto TV in the U.S., where they include ads.

The change might indicate that SG-1‘s departure from the platform was an oversight as Amazon struggles to sort through its new acquisition of MGM’s massive film and television library, rather than part of some larger plan to consolidate the Stargate franchise elsewhere (such as MGM+, which is also owned by Amazon and is relaunching later this month).

Fans who are understandably struggling to keep up with where the Stargate franchise might be streaming on any given day can consult GateWorld’s “Where To Watch” page, which we keep updated any time a change is made.

This is getting quite frustrating to be honest. Is there any logical reason why they would take down Stargate SG-1 off Prime only to add it again a few days later but add the inferior 4:3 aspect ratio version while also removing certain episodes? I’m not an expert on any of this but Is there some sort of legal or business reasoning I’m missing here or is this whole mess due to human error?

Honestly, my best guess is that the expiration date just got lost in the shuffle. MGM’s library is big, and it might have been an oversight.

Or, it was intended to expire but Amazon heard the outcry from viewers and decided to restore it … and somebody clicked on the wrong version in the system. Either way, it shows a lack of care.

Do you think there is still the possibility that Stargate is moved to MGM+ once it launches or is that theory pretty much dead now (at least for the foreseeable future)?

I do think it’s entirely possible. They have a strong motivation right now to bolster MGM+’s On Demand offerings, and what better way to do that than with MGM’s own back catalog. But there’s no reason Stargate HAS to be exclusive to one service or the other.

Yup, Amazon is still drunk. Pluto TV (and maybe Comet) it is!

They might be wondering what they’re going to do with Stargate. I mean now more than ever they relies how the fan base keeps growing. If they’re going to make a new movie or series they better not mess it up. As a fan of the original movie and SG-1 I hope they focus on those. I had great hopes for the series after SG-1 but aside from some good episodes the stories should have been a lot better overall.

Glad I dusted off my DVDs, with the upscaling on my PS4 they look great!

I purchased several seasons of SG-1 on Amazon Prime Video and when I went to look two days ago, only 4 random episodes were available to stream. I’m hoping they get this mess straightened out quickly.

And this coming from the company that will be bringing us new Stargate? Ya, no way they will mess it up, right??

This is disappointing as PLUTO.TV has the most annoying repeating commercials. It’s ok if you only watch one episode here or there, but man PLUTO is super irritating after a couple of hours.

Especially if you try to skip the intro. That just establishes some loop and at every commercial break it skips back to that loop. What effing junk

It’s not available on Prime for me.

Are you in the U.S.? Did you try the links above? There is a second listing that ALSO indicates the shows are unavailable for streaming.

I am one of those that love SH1 and Stargate Atlantis and husband
likes SGU . I was wondering why you thought it was wise to totally drop them I have always said the engineers don’t know what they are doing. What kind of world do this live in. Especially with of the other programming they have. Tks!!!!!!!

The only reason I started watching Amazon was to view SG1. If these are the games they’re going to play then I need to just buy the SG1 collection and forget prime. I just like the convenience of watching from any device at any time. If that’s not going to work then I’ll have to look at other options.

Same here. I keep hoping they’ll make the hq version purchasable for stream, so it’ll stay in my library even when contracts expire

Just checked here in the Netherlands, and sg1 is now available with prime, where it previously was part of the mgm+ subscription. I started the first episode, and that was the wide-screen movie length version.

Maybe there are regional differences in the available versions?

Im so confused/mad about this whole thing. Great that americans can watch (again), but what about rest of the world? In my country there is nowhere to stream it and there haven’t been for years. Seems like amazon only care about the us subsribers (barely) while the rest of the world doesn’t exist. Also mgm+? So amazon bought mgm and decided instead of putting all the movies/tv shows on amazon prime on a new streaming service. Why is no one taking about how shady that is? That would be like if disney decided to put all Marvel stuff on its… Read more »