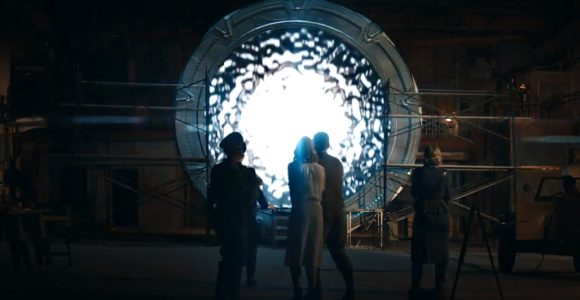 Dr. Brücke stuns the Langfords when he puts his theories about the Stargate to the test.

Professor Paul Langford and his daughter Catherine stand helpless inside their home. Their hands are bound while a Nazi soldier (Heinrich) holds them at gunpoint. Dr. Wilhelm Brücke commands two other men – Stefan and Gunter – to dial the Stargate. Nearby, Eva Reinhardt films the historic proceedings, working to capture Brücke's "good side" for the Führer. 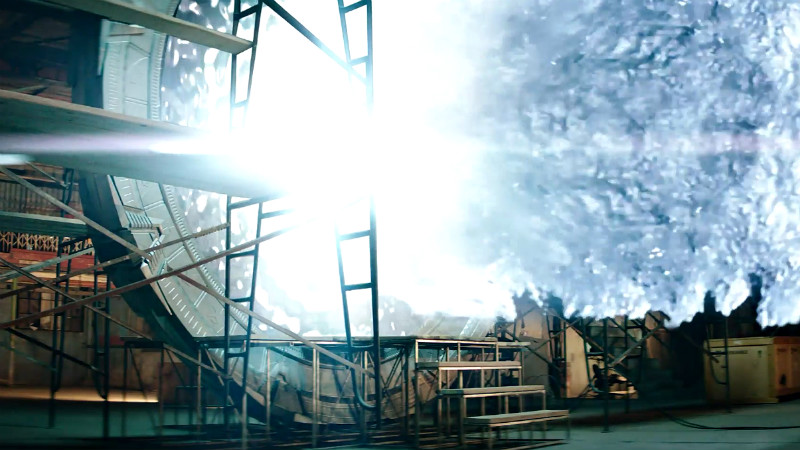 Having connected the gate's mechanisms to the battery of their vehicle, Stefan revs the engine while Gunter strains himself to turn the gate's inner track. One after another, seven symbols lock into place – and the ancient device comes alive, a pool of energy that looks like water bursting forth and then settling into a gently rippling pool inside the vertical ring. It is beautiful.

Catherine and her father are astonished. The artifact they have spent a decade studying now stands before them activated, a portal to another world – or so Brücke claims. The Professor objects that they know nothing about it, and the energy could kill them all. The German commander uses one of his men as a test subject, pushing Stefan's hand into the event horizon. He is momentarily terrified, but unharmed.

The Germans grab Professor Langford, intent on dragging him through the gate. He consents to go, but only if Brücke will give him his word that Catherine will not be harmed. Brücke consents, and sends Stefan and Gunter through behind him carrying a crate of supplies. He turns his attention mockingly toward Catherine, who bites him on the hand and threatens much more. 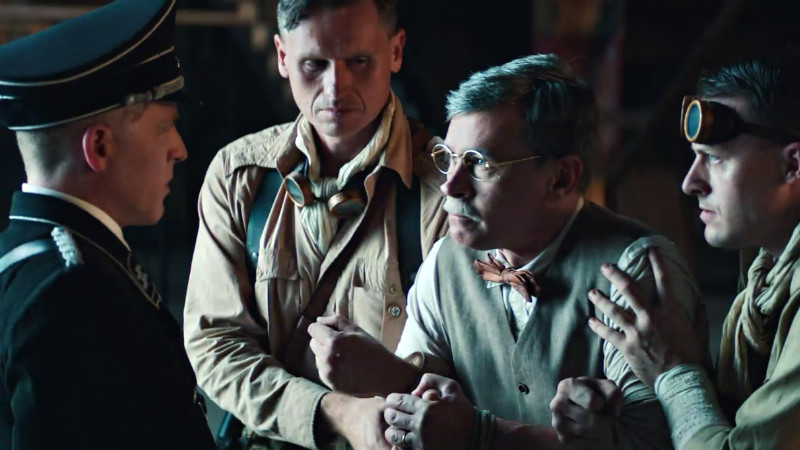 Brücke leaves his valuable journal – filled with his secrets about the gate, include the address to dial – in Heinrich's hands, ordering him to keep Catherine safe at their embassy. After Brücke and Eva go through the gate it deactivates, and the soldier loads her up in the vehicle. But she quickly hits him in the back of the head, sending him forward into the steering wheel and knocking him unconscious.

Catherine drags the man's body out of the vehicle, takes Brücke's journal out of his pocket, and flees. She arrives at a small British military outpost, where Captain James Beal and a local Egyptian soldier, Wasif, play dominoes and discuss the perils of love. They are stunned when she rushes in, her hands still bound, asking for their help.