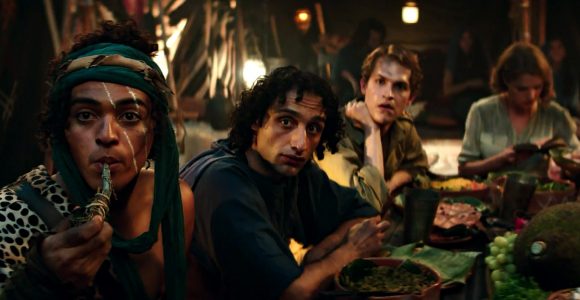 As Brücke comes to realize the power that his new alliance could offer him, Catherine and her friends get better acquainted with the planet's natives.

Having achieved a breakthrough in his relationship with the powerful goddess Aset, Wilhelm Brücke is at first disappointed to see what it is she offers him in trade: a crate full of dark, black rocks. It is naquadah, the substance that the Abydonians mine on behalf of the Goa'uld. After a brief demonstration Brücke realizes the power that the mineral in fact possesses. Naquadah is "life and death, and everything in between." It can be forged into weapons stronger than steel; it is the very basis of the aliens' galaxy-spanning empire. It guarantees swift death to enemies, and guarantees eternal youth and beauty. 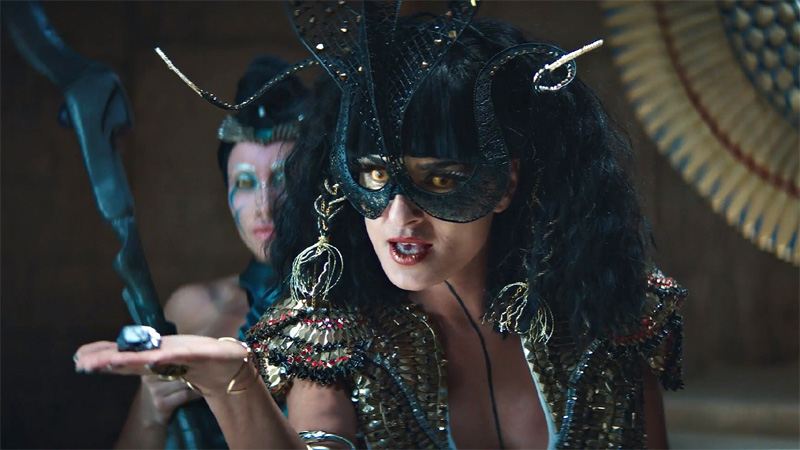 The power-hungry Nazi's eyes glisten as he contemplates aloud the notion of establishing his own "everlasting Reich."

Back at the Nosdevli encampment Catherine is learning to speak the Abydonian language with greater ease. She, Beal, and Wasif have gathered around the table with Kasuf and his people for a great feast. Wasif gets acquainted with Motawk, one of the natives (the one who accidentally stabbed him, as a matter of fact). Now that he is convinced the off-worlders are emissaries of Ra, Kasuf believes that Aset will be most pleased that they are being well-treated. He narrates an impromptu play that recounts the story of Aset and her benevolence: having fallen from Ra's favor long ago, Aset was brought back from the dead and appointed to watch over Abydos. She has done so with love for the people – including bestowing upon them the gift of the Wand of Horus, the healing staff used to save Wasif's life.

Catherine slowly realizes that Brücke kidnapped her father because of his knowledge of the language of ancient Egypt; he must have suspected that the language would be spoken on the other side of the gateway. Now she knows that much more is at stake in their quest, should the Nazis get ahold of the aliens' advanced technology. Momentarily panicked, Catherine tries to leave – but night has fallen, and James convinces her to stay and wait for the daylight. 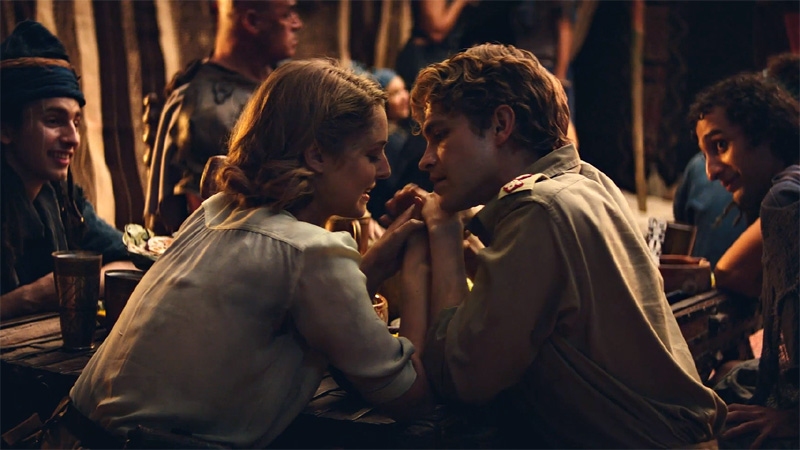 Brücke records a message for his colleagues and superiors back home, introducing them to the powerful Aset. In exchange for the mineral – which he calls "Vril," a mythical energy source known amongst occultists – he plans to deliver a multitude of Germany's "undesirables" to toil as slaves.

Back at the Abydonian camp, the mood has turned less dire and more intimate. James shows Catherine a piece of naquadah he has found, and gives it to her as a memento. Kasuf offers the two his tent for the night. James is awkwardly nervous at first, but soon they kiss.