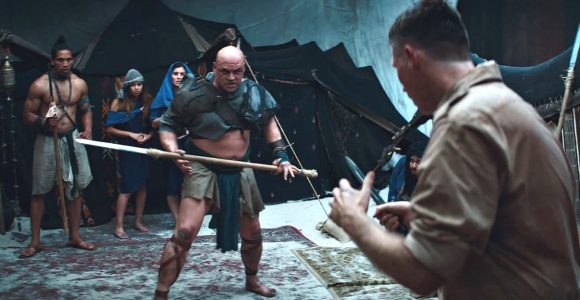 Aset brings her guests to the outpost of Nosdevli, where a test of combat soon ensues to demonstrate a servant's worth to his master – and putting Brücke in a difficult position.

Morning has come, and Catherine awakens inside her tent at the Abydonian outpost of Nosdevli. James Beal crouches by the entryway, hushing her as she comes over just in time to witness the arrival of the alien Aset. Aset has brought Brücke and the other humans from Earth to see her loyal servants firsthand. The Abydonians bow in respect, and Kasuf is excited to introduce Catherine and Beal to his goddess.

The two remain hidden to witness the events that follow – though Catherine must fight the impulse to burst out of the tent when she sees her father, hands bound, translating on Brücke's behalf. 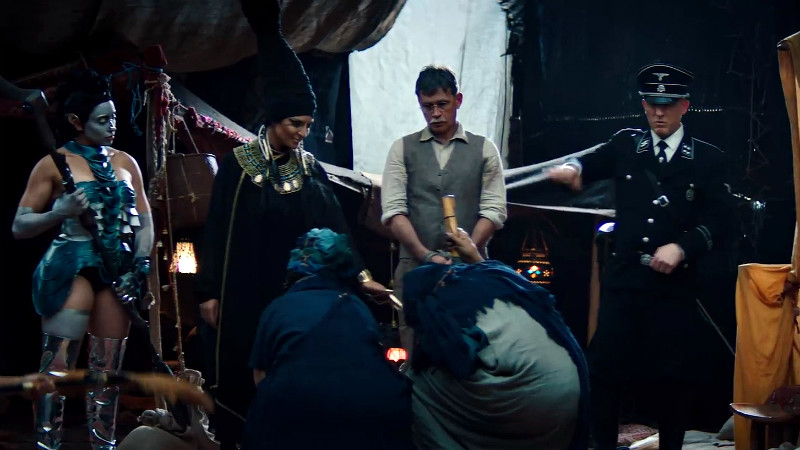 Brücke is impressed with the display of servitude, but asks if any of these people are actually willing to die for her. A bit of posturing between Brücke and Aset brings about a "friendly game" – a test of strength and obedience in the form of a fight between an Abydonian warrior and Brücke's own man, Stefan. The Nazi nervously steps forward to fight the big, burly Nubai. The fight will be to the death.

The two struggle for several minutes, both landing blows while the surrounding crowd watches. Stefan fights dirty by throwing sand into his opponents eyes, but Nubai soon has him on the ground. To prevent his man's abject failure, Brücke pulls his pistol from its holster and shoots the Abydonian warrior in the back of the head.

Aset and her right-hand warrior, Serqet, are shocked at this brazen act. The Abydonians shout and fall into mourning, with Kasuf and Motawk calling for the Wand of Horus to try and save their friend's life. Eva rushes to Stefan's side. Dr. Langford translates Aset's fury: she will permit this outrage to pass, because she earlier killed one of Brücke's men (Gunter) inside her temple. But he must not overstep again. 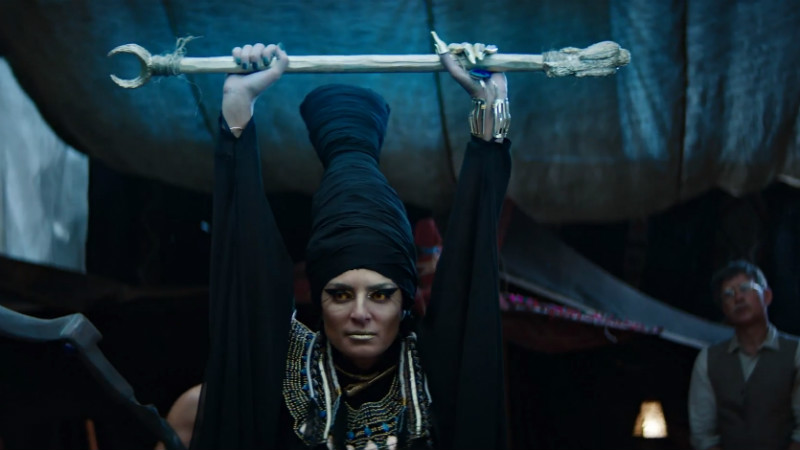 Wanting to show his own ruthlessness to the alien queen, or perhaps unwilling for the score to be even between them, Brücke shoots Stefan dead in the dirt. Eva is livid, and after he commands her to film him again she withdraws from him, telling Brücke "You have no good side." Brücke declares himself a "god," promising Aset a desert full of countless slaves.

The desperate villagers bring the Wand to Aset. Evidently to reaffirm her commitment to an alliance with the brutal off-worlder, she raises the healing device high above her head ... and then breaks it over her knee.

After they have gone, Beal and Catherine emerge from the tent convinced that Brücke must die for his actions. And Kasuf and the others are now fully on their side: Brücke is a bad man, who has turned their benevolent Aset against them. They will help the outsiders get rid of him.