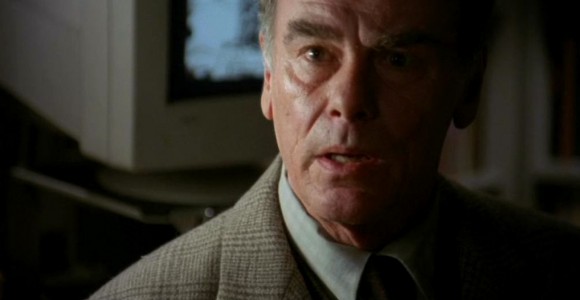 Jonas' people ask Earth for military aide in an impending war with their rival nations, but his former mentor offers another solution: a resistance movement ready for a coup.

The S.G.C. receives a transmission through the Stargate from Jonas Quinn's home planet. Commander Hale requests permission to visit Earth with a team of dignitaries. Despite the tragic results of their previous encounter with Kelowna ("Meridian"), General Hammond allows it, and Hale arrives with Ambassador Dreylock and Dr. Kieran – Jonas's former teacher and mentor.

The Kelownans explain that two rival nations, with whom they have been in conflict for centuries, are about to sign a non-aggression pact – what they believe to be a prelude to war with the nation of Kelowna. In exchange for the highly valuable element naquadria, they ask for military technology. (Their world is several decades behind Earth, technologically.)

It's a difficult situation for the S.G.C., which has had previous dealings with a world offering much in exchange for Earth's help in fighting a war ("The Other Side"). But the U.S. government authorizes SG-1 to continue with trade negotiations, and the team prepares to depart for Kelowna.

Dr. Kieran gives Jonas the cold shoulder during his first visit, but later returns by himself with a shocking proposal. He is part of an underground resistance movement that is poised to seize power in a coup. He tells Jonas that the people are tired of the endless conflicts with their neighboring nations, but their leaders have stopped listening. They need Jonas's help to put an end to the conflict forever – and to prevent the Kelownans from using the massively destructive naquadria bomb, which they have recently completed.

On Kelowna, SG-1 meets with Hale, Dreylock, and their leader, First Minister Velis. They offer medicine and other non-military technologies, but the Kelownans won't settle for anything other than military tech. They are desperate, and believe that they are facing their certain annihilation. Their only other recourse is the naquadria bomb, which they are prepared to use against their enemies in a preemptive first-strike.

The negotiations adjourn for the day, and Colonel O'Neill demands that Dr. Kieran do something to help them. He asks Kieran to contact the Resistance on their behalf. He reluctantly agrees, and travels to a seemingly abandoned warehouse. The Resistance is busy preparing for their big move, and their leader asks Kieran if he trusts the humans from Earth. "I trust Jonas," he replies.

Meanwhile, First Minister Velis speaks privately with Jonas. He offers him a full pardon for stealing naquadria and defecting to Earth, and invites him to return home to Kelowna and take up his previous position at the university, as if nothing had happened. But he must help the Kelownans acquire Earth military technology, and he must keep a close eye on Dr. Kieran. Velis tells Jonas that the professor has been acting more and more erratic.

When the negotiations fail, SG-1 prepares to return to Earth. Dr. Kieran pleads with them to stay and help the Resistance, which is ready to make its move in just two days. All they have to do is bring soldiers through the Stargate and seize the main governmental building where the gate is housed, while the Resistance moves against every other governmental building in the city. They hope to depose the government without ever firing a shot. O'Neill is skeptical, and demands a meeting with the Resistance.

Dr. Kieran returns to the warehouse district, but Jonas finds him there and tells him he is being followed. Shots ring out as Kelownan police chase the two. Jonas tries to protect the professor, but Kieran falls over a stairwell railing to the alley below.

Quinn convinces the Kelownans to allow SG-1 to take the professor back to the S.G.C. for medical treatment. O'Neill, Carter and Teal'c returns to Kelowna to track the naquadria that Kieran told them he'd been smuggling into the Resistance. They find the warehouse and the naquadria – but no Resistance. The warehouse is completely abandoned, with no signs that it had been used in years.

On Earth, Dr. Fraiser discovers that Kieran is suffering from a degenerative brain condition that resembles advanced schizophrenia.

Colonel O'Neill finds Jonas speaking with First Minister Velis, pleading with him to find another solution than using the bomb. Jack delivers the bad news: Dr. Kieran is schizophrenic. There is no Resistance, and there will be no coup – it was all in his head. Velis explains that Kieran's condition was discovered to be a side-effect of his exposure to naquadria during the research project.

Jonas and the rest of SG-1 return to Earth, where Dr. Kieran is to be transferred to a long-term care facility. When the professor tells Jonas that all is in place for the coup – and that the Resistance is keeping him informed – Jonas lets him have his fantasy. "You saved the world," he tells him.