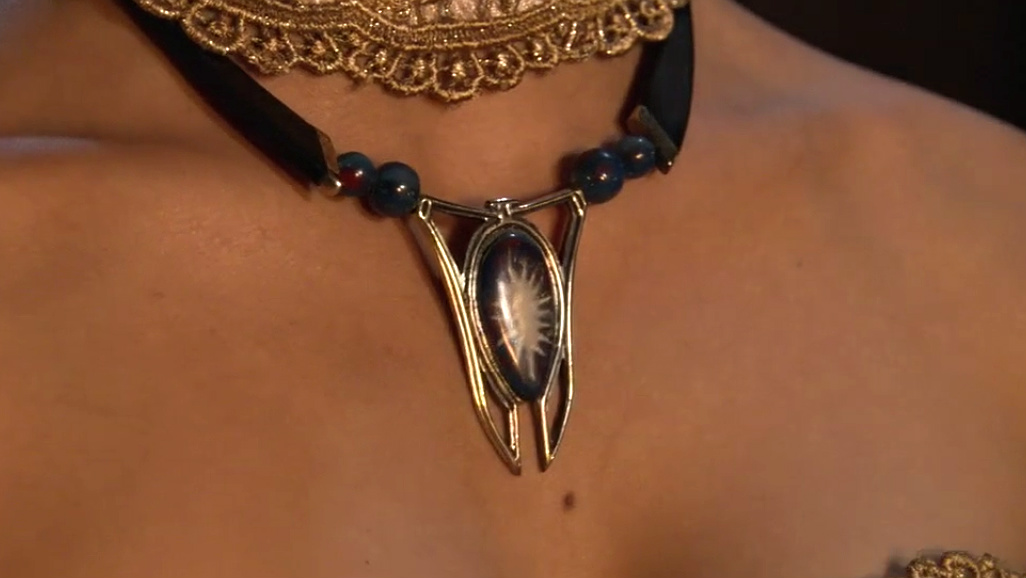 Charm containing a piece of the holy city of Celestis, worn on a necklace by Adria. It provides defensive abilities effective against many kinds of attack. Functioning much like an Ancient personal shield emitter, the pendant prevents the Orici from being harmed. All forms of weapons, be they energy or projectile, cannot pass through the protective shield that emerges to encase her.

The pendant even protects Adria from threats such as the Dakara super-weapon, leaving her biologically intact while those around her are eliminated. While in the presence of a great dampening field (such as one installed by Morgan Le Fay on Osric's planet), the charm continues to function even if Adria's Ori abilities are blocked.

Counterstrike Adria's pendant protects her from the Free Jaffa Nation's attempt to wipe out an Ori threat with the Dakara super-weapon.
The Quest, Part 1 - Adria's npendant still operates in the presence of Morgan Le Fay's dampening field, preventing Colonel Mitchell from killing her with his P-90.