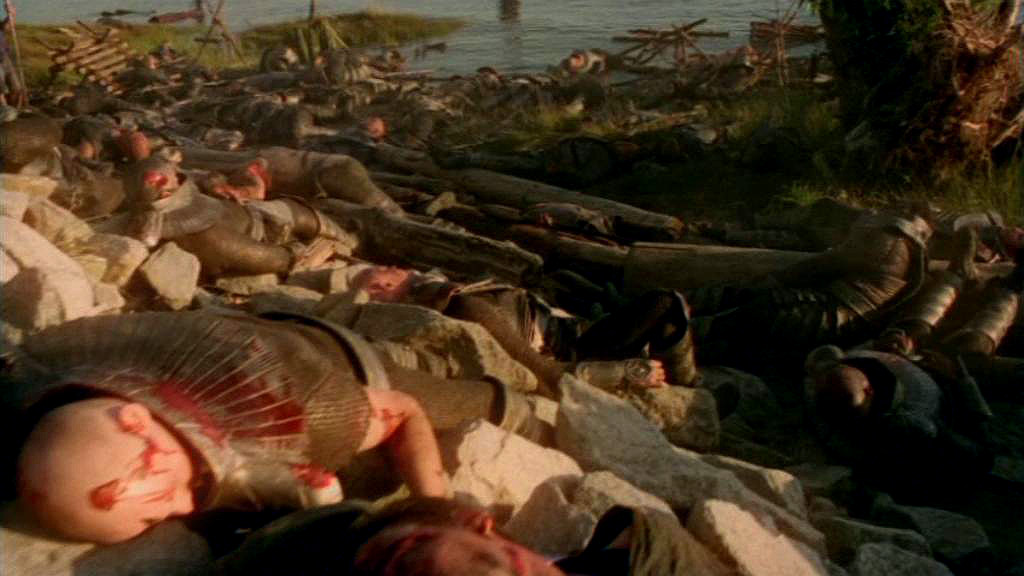 A bloody massacre of Jaffa resistance leaders in which Jaffa warriors were slain or left to die, their symbiotes stolen from their pouches. The Goa'uld System Lords learned of a meeting at Kresh'ta between several leaders in the Jaffa resistance movement, and slaughtered 106 of the 108 warriors in attendance. Teal'c and Bra'tac were the sole survivors among the bodies, and managed to survive for three days by sharing a single symbiote until help arrived.

The Changeling - Following the ambush, Teal'c keeps both himself and Bra'tac alive for three days amongst dead Jaffa on while they hold out for a rescue.
Orpheus - Teal'c informs Daniel Jackson that Daniel stayed with him for the 3-day period he was near-death after the Ambush of Kresh'ta.