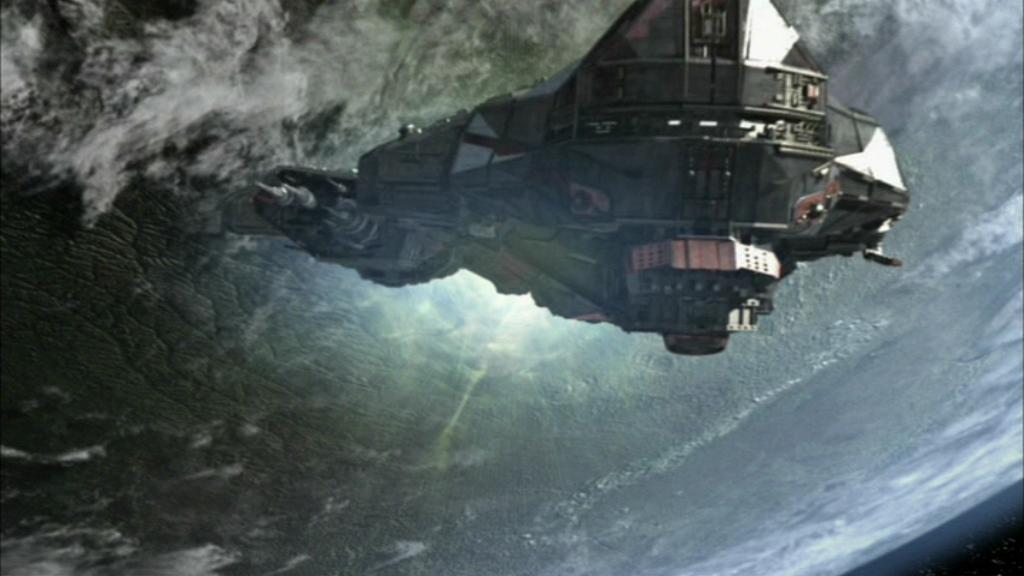 Class of Ancient vessel in service during the First Siege of Atlantis. The craft are defended with powerful shields and hyperspace engines, and armed with Ancient drones.

The ship is also equipped with stasis pods to ease the strain of long voyages.

Three ships of this class have been discovered: the Aurora, Hippaforalkus (renamed Orion), and the Tria -- a ship still run by Lanteans who were returning home to Atlantis by near-lightspeed.

Aurora - Atlantis detects the signature of an Ancient warship on its way back to Atlantis.
Inferno - An Ancient warship is found in a Taranian flight bay -- the Hippaforalkus -- which helps the Terranians escape the destruction of their planet by a super-volcano.
Allies - With three weeks to prepare, the warship Orion is almost ready to enter battle against the Wraith.
No Man's Land - The Orion joins the battle in the void between galaxies to stop a Wraith hive from reaching Earth, and is destroyed.
The Return, Part 1 - The Daedalus encounters the Ancient ship Tria en route to Earth at near light speed, and helps them get home.