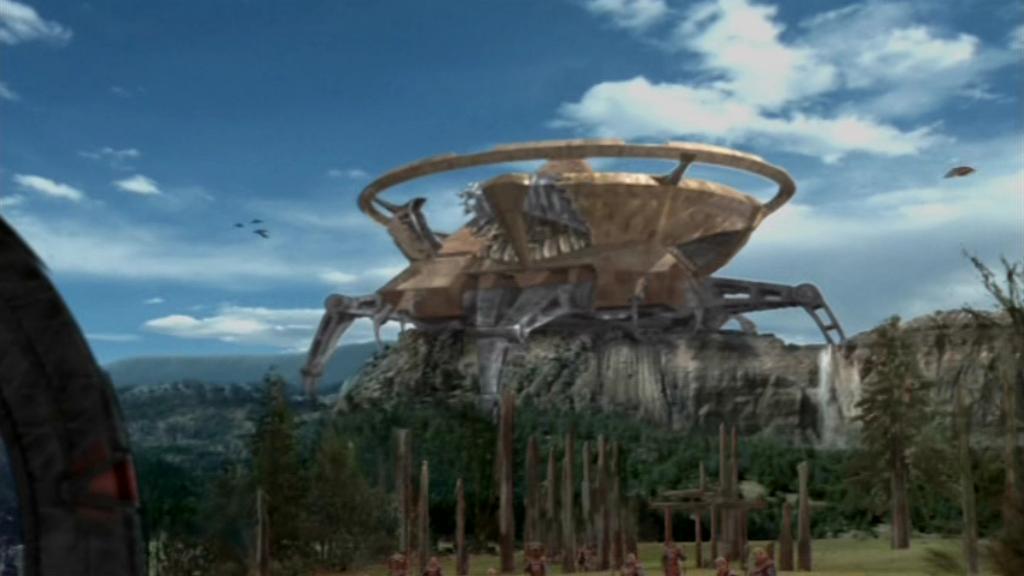 Experimental Goa'uld mothership design intended to be the latest mothership in Apophis's expanding armada before it was destroyed by SG-1. Developed on the surface of PX9-757, the vessel carried several advancements that surpassed the standard Goa'uld Ha'tak-class ship encountered previously by Stargate Command.

The power core of the ship sealed entirely in trinium, linked to a liquid cooling system stemming all directions in the mountainside construction facility. This zone was protected by Goa'uld force shielding and Jaffa patrols. An attempt at sabotage by the Tok'ra during the ship's construction failed. However, when the Tok'ra Anise supplied SG-1 members Jack O'Neill, Samantha Carter, and Daniel Jackson with Atoniek armbands, the team disobeyed orders, traveled to PX9-757 and successfully destroyed the ship by destroying the engine cooling systems with C-4.

Months later Apophis appeared in the Tobin System aboard an advanced, never-before seen mothership to negotiate an alliance with Heru'ur. Though it was of a different class than the ship under construction on 757, it is possible he had been constructing another prototype craft on another planet. Alternately, he may have gained access to this ship after he defeated Sokar.