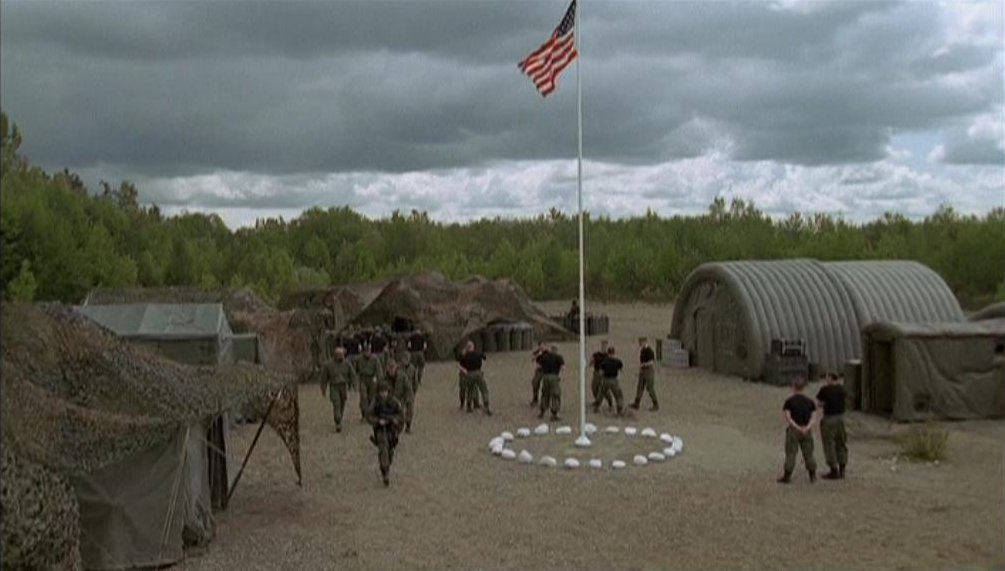 Settlement established by Apophis, used to train his human underlings in the hopes of executing a subtle infiltration of Earth. Half would arm themselves in Tau'ri garb and weapons, while another would don Jaffa armor and weapons.

The settlement appeared as an average military installation, with quarters, an armory and equipment tent -- everything required to sustain the operation. While human trainees battle with intar, a store of real weapons were kept in hiding.

When the trainees learned of Apophis's death, Rophiapgisy encouraged them to abandon the camp and return to their respective home worlds.

Rules of Engagement - SG-1 stumbles upon a training camp appearing to be operated by Earth-based personnel, but they soon discover it was one of Apophis's plans for infiltrating Earth.