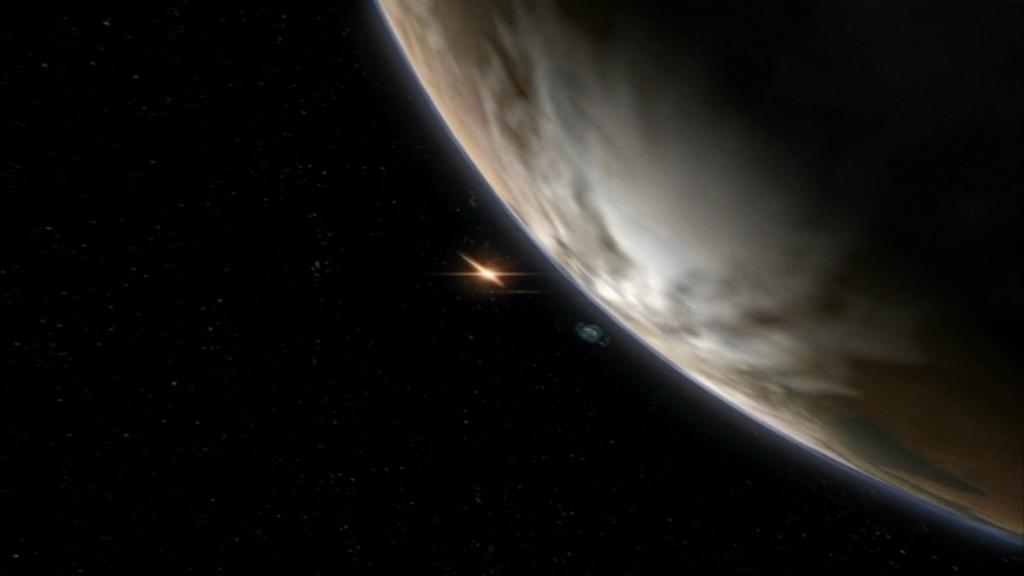 Planet the Tok'ra designated would be a safe refuge for Colonel Harry Maybourne. Once visited by an Ancient, old ruins now contain a tablet marked with the planet's past, present and future history.

Several months after Maybourne's arrival he located and deciphered the tablets. Consequently, he was able to warn the people about a flood that would threaten their region. After this, they made him their king, Arkhan the First.

Maybourne's world is inside the original territory of the System Lord Ares. When the Replicators began to incite war in the Milky Way, Ares returned to reclaim this world and its people's devotion, but SG-1 successfully destroyed his Ha'tak in orbit.

HOME TO - Arkhan's people
FIRST APPEARED - It's Good To Be King

It's Good To Be King - SG-1 travels to Arkhan's planet to extract the colonel before the Goa'uld arrive, but discover that he, nor his inhabitants, will let him up and leave.