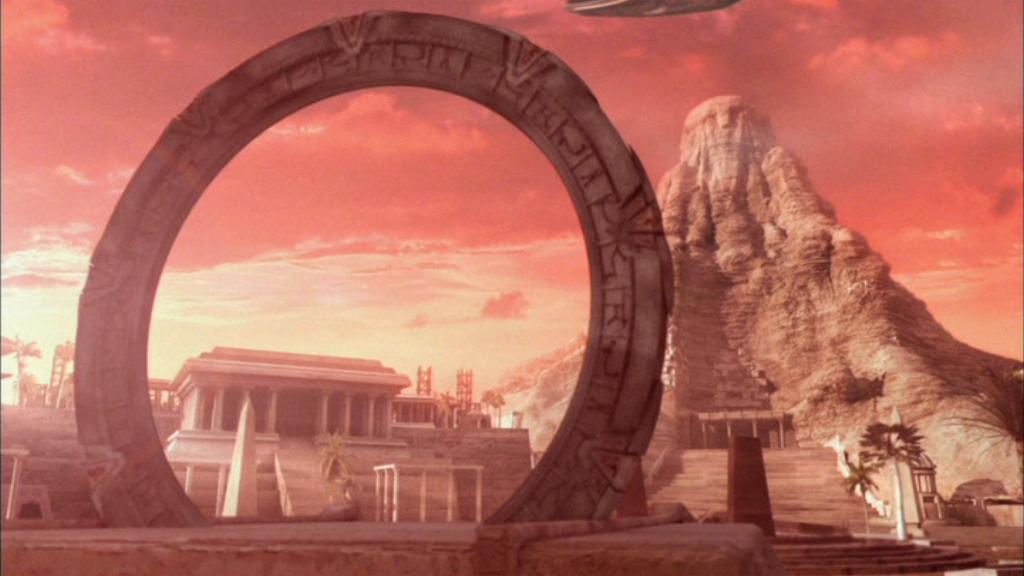 The birthplace of the Jaffa, according to legend, which also says Dakara was the site of the first prim'tah ritual where their enslavement emerged. The planet is deep within Baal's former territory, making a claim to the planet tactically unsound. He kept a number of Ha'taks in range of the world to guard it from such an incursion.

Dakara is the location of an Ancient super-weapon monument that once gave a rebirth to life in this galaxy following the devastation of a great plague that had swept through. A Stargate lies at the base of this monument, and when the device is properly reprogrammed it would allow the energy field to pass through and spread to all of the gates in the Milky Way Galaxy. The Replicator copy of Samantha Carter wished to destroy the device, knowing it could be reprogrammed to eliminate all Replicator forces in the galaxy (which it eventually did). The Goa'uld Anubis, meanwhile, wished to use this weapon to reshape the galaxy to his own specifications -- likely wiping out all human life in the process.

Teal'c believed the key to bringing Jaffa together, both by a strategic position and an example of their strength, was to capture the planet and hold it in the name of all free Jaffa. After a long and bloody campaign they managed to fend off Goa'uld and Replicator forces and maintain the world for themselves. Jaffa from across the galaxy arrived on Dakara to make it their home and commence the establishment of a democratic government.

Months later, the Free Jaffa Nation officially emerged, and its first leader was voted into office: Gerak, former First Prime of the Goa'uld Montu. With Baal and all other significant Goa'uld defeated, the Free Jaffa continue to inhabit Dakara, building structures of stone and a strong society that hopes to spread into the rest of the galaxy.

Se'tak, the Jaffa leader appointed following Gerak's death, began to take matters in his own hands when the army of the Ori began to march upon worlds of the Milky Way. He used the Dakara super-weapon to eliminate at least one human world while an Ori warship had been on its surface.

The Orici Adria, recognizing this super-weapon as a threat to her army, took her vessel to Dakara and leveled the entire settlement from orbit.

Despite this setback at their new capital, the Free Jaffa nation would continue to thrive after the Ori had been defeated.

Reckoning, Part 1 - Teal'c makes the surprising suggestion of retaking Dakara, realizing it will require the full deployment of the jaffa rebellion's forces.
Reckoning, Part 2 - The Jaffa defend Dakara from the forces of Baal and the Replicators.
Threads - Their campaign successful, the Jaffa officially call Dakara their own, and make plans to rebuild their society.
Avalon, Part 1 - Colonel Mitchell visits Dakara to try and sway Teal'c from his decision to help his people in these critical stages.
Avalon, Part 2 - Teal'c returns to Dakara where Rak'nor informs him that the Jaffa Gerak has won the vote of the council.
Origin - Gerak arrives from Dakara to meet S.G.C. General Landry and begin discussion for formalizing a treaty between Earth and the young Jaffa Nation.
Ripple Effect - An alternate reality Carter reports that Dakara was one of the first planets to fall in an alternate reality, including Chulak.
Counterstrike - Dakara is attacked by an Ori mothership after Adria learns of the super-weapon, leaving the weapon destroyed and the Free Jaffa in ruins.