For other uses of this name, see Davidson (disambiguation) 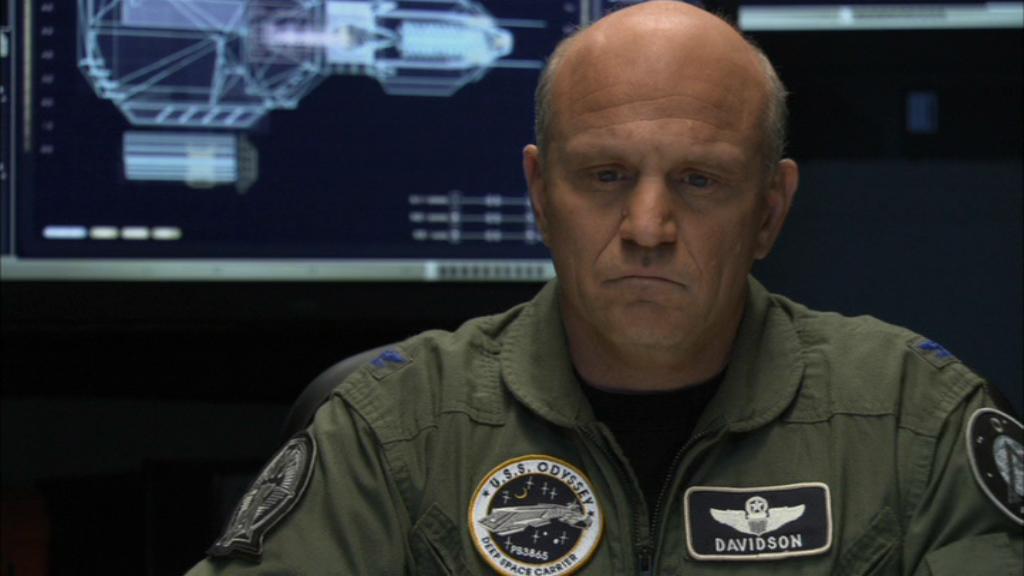 Colonel in the U.S. Air Force, who briefly took command of the U.S.S. Odyssey following the death of the ship's former commanding officer, Paul Emerson.

Davidson commanded the ship on at least two missions during his evidently brief tenure. In one SG-1 joined the Odyssey in disrupting a plot to attack Earth using cargo ships carrying heavy loads of explosive naquadah. Soon thereafter Odyssey delivered SG-1 to infiltrate Baal's ship and kidnap Adria, then attempted to extract the Goa'uld symbiote Baal had planted in her.

Since the Colonel was not on board Odyssey during its refit mission to Orilla, nor its mission through the Supergate to the Ori home galaxy, it is assumed that he was reassigned.

Family Ties - Colonel Davidson takes Odyssey to a planet where they find and destroy several ships armed with naquadah.
Dominion - Davidson commands the Odyssey during a crucial mission to abduct the Ori leader Adria.