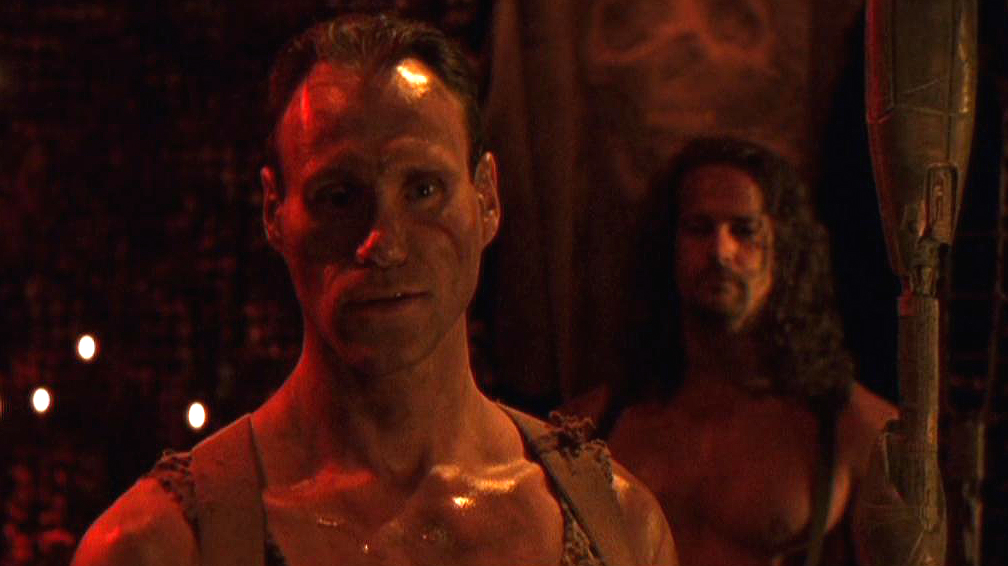 Term the Tok'ra Martouf used to describe the inhabitants of the hellish prison moon of Ne'tu under the control of Sokar. Denizens adequately fit the description in Daniel Jackson's notes of the "damned" souls that inhabited the underworld Sokar commanded.

The denizens were captured by Sokar and sent to Ne'tu to be tortured with fire and pain sticks, suffering constantly from an intense heat due to vents that Sokar dug to expose the molten core of the moon. Many Denizens kept in physical shape in order to do the bidding of the governing Goa'uld Bynarr and his first prime, Na'onak, perhaps hoping to gain higher standings or even freedom within Ne'tu.

When Na'onak revealed himself to be Apophis, he encouraged the denizens to speak out against Sokar. Two thirds joined him in his hopeless campaign, while the other third of the people were banished to the surface. Sokar himself arrived in a mothership to punish the population for their disloyalty. After several minutes in orbit of Ne'tu, a Tok'ra bomb went off beneath the surface of the moon, killing every denizen and, it is believed, Sokar with them. Apophis was thought to be the sole survivor.

Jolinar's Memories - SG-1 encounters a formidable race of people existing on Ne'tu, the Denizens, who are loyal to whomever resides in power on the moon.
The Devil You Know - The denizens of Ne'tu are destroyed when a Tok'ra bomb obliterates the world.