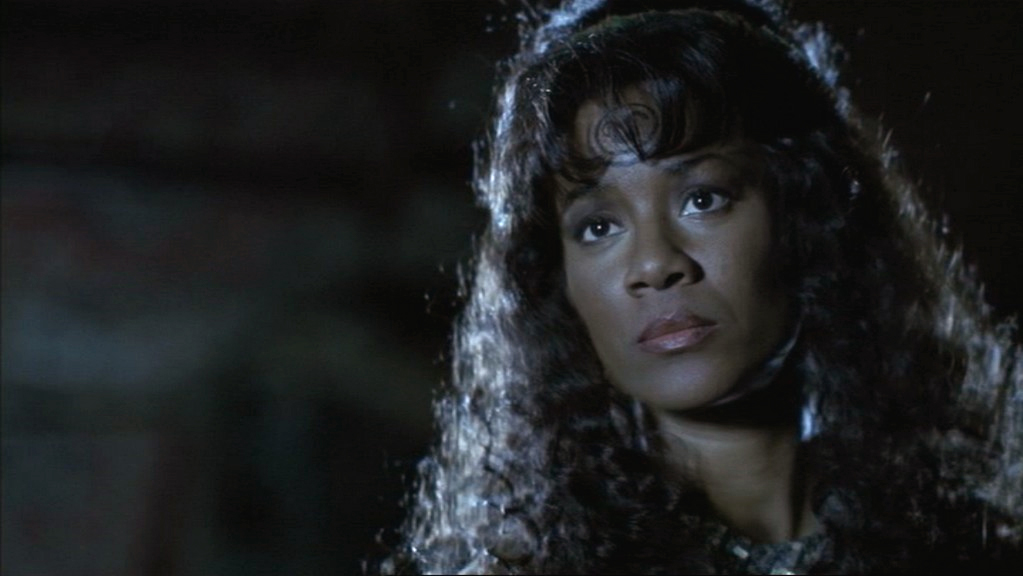 A Jaffa, the former wife of Teal'c and mother to Rya'c. Drey'auc of the Cordai Plains (on the planet Chulak) was loyal to the Goa'uld even after her husband betrayed them, joining the Tau'ri. She worked diligently to restore Apophis's faith in her and her son so the prim'tah ritual could be performed when Rya'c came of age.

Drey'auc married the Jaffa Fro'tak after Teal'c had appeared to have abandoned them and joined SG-1, taking refuge in Fro'tak's financial and political security. But she had never stopped loving Teal'c, and Fro'tak betrayed them to Apophis when he saw the two embrace.

Drey'auc permitted Rya'c to train with Jaffa master Bra'tac, who had trained Teal'c before him. It was after a sparring session that she discovered Rya'c was missing two teeth. Several days later, after the boy had been rescued from Apophis, she realized that the teeth were no longer missing. It was Drey'auc's attention to detail that saved the S.G.C., and all of Earth, from a virulent plague hidden by Apophis within the false teeth.

Drey'auc finally took solace in Teal'c's cause. Shortly afterward, she and Rya'c took refuge in the Land of Light, far from Goa'uld oppression.

Eventually, Drey'auc and Rya'c moved to a Jaffa rebel camp. It was there that her symbiote matured, and she was unwilling to allow any fellow Jaffa to sacrifice themselves for her and give her a new symbiote to sustain her. Consequently, she lived for a short time without an immune system, and died at the camp.

Bloodlines - Teal'c's wife rejects him when he returns home to keep their son Rya'c from being implanted with a Goa'uld symbiote. Since Teal'c's betrayal of Apophis, their home was burned down and they were exiled to live in camps outside the city.
Family - Teal'c and SG-1 return to Chulak when Rya'c is captured by Apophis and brainwashed, and find that Drey'ac has married a well-off man named Fro'tac -- though she still loves Teal'c. After Fro'tac is killed and Rya'c is rescued, she goes to live offworld with her son.
Threshold - Brainwashed by Apophis, Teal'c is forced to remember his past -- including conversations with his wife, who always encouraged him to do his best in serving his god, Apophis, even if it means wiping out whole villages.
Redemption, Part 1 - Drey'auc refuses to take a new larval symbiote when hers matures, not wanting to deprive another Jaffa of life. She dies at a Jaffa refugee camp, with Rya'c at her side.
Birthright - Teal'c fondly tells Ishta about Drey'auc, saying she could be "as fierce as a storm or as gentle as the sunshine, never fearing to be either."