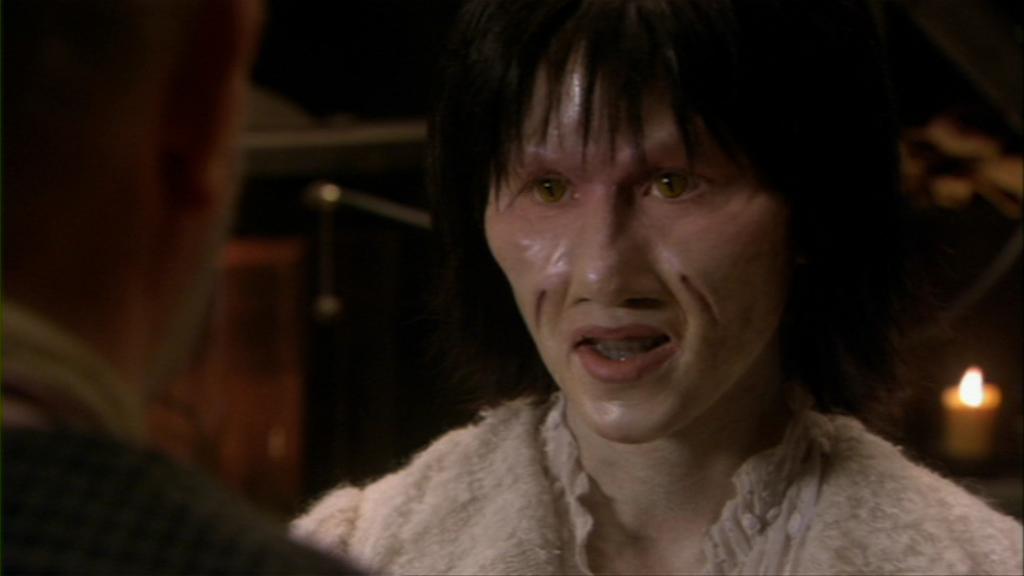 Young Wraith female, part of a group who crashed on Zaddik's planet. Zaddik, a local villager, arrived with the party who wished to prevent any possible threat. But having recently lost his wife and son to a fever Zaddik took pity on the girl and hid her away in the mines to raise her as his own daughter.

While Ellia was young she ate just like any normal humanoid. Her adopted father taught her right from wrong. Eventually she grew into an adoring young woman who lived her life in the caves and nearby hiding places in the hills.

Around eight years after her arrival the Wraith hunger arrived, and there was only one way for it to be quenched. Seeing what had to be done Zaddik allowed her to take what she needed to feel better. It was during this time that he was using his knowledge of the woods to perfect a serum that would end the Wraith hunger itself.

Ellia allowed Zaddik to believe that the serum was working, but she was aware of another adult male Wraith that lived in the woods, and when he went out to feed she would do the same, preying on the villagers.

After the arrival of Sheppard's unit, and Dr. Beckett, she learned of a retrovirus that was being manufactured. Her hunger returning, she found the experimental drug and quickly took it. Unfortunately it had the exact opposite effect. Instead of separating the iratus genes from the human, the human genes were completely removed.

Ellia became a bipedal version of the iratus bug. In a matter of minutes she no longer recognized her father or her new friends, and was soon operating entirely on instinct. She attacked and killed the male Wraith, and later attempted to feed on John Sheppard. Seeing no way to safely return her to Beckett's custody, she was killed by the Colonel and Ronon Dex.

Instinct - Ellia is chased by hunters into her home, later learning that this group of people has been developing a retrovirus to remove the iratus elements from her genetic makeup.