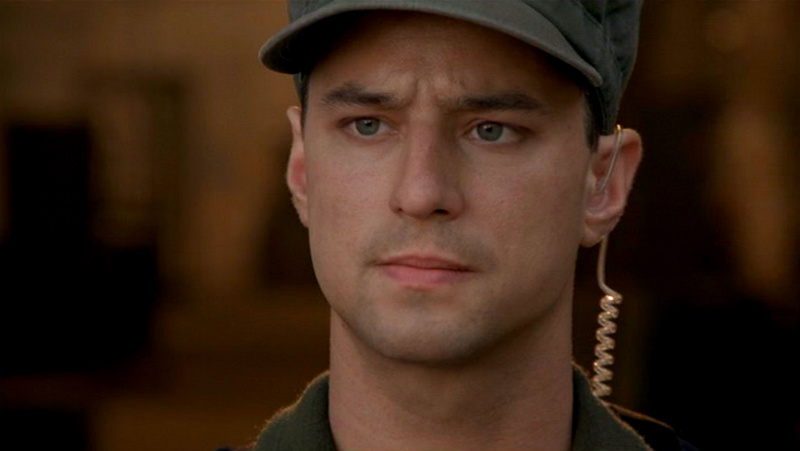 An upstanding, eager lieutenant fresh out of the military academy, Elliot was more than thrilled to be the commander of the latest S.G.C. training group. However, he had more than his fair share of difficulties, often getting complaints from Colonel Jack O'Neill for mishandling situations, getting his officers "killed" in training simulations.

Through a test plotted by O'Neill and the rest of the S.G.C., Elliot and his team had to rely on themselves as they determined how to react against a foothold situation that had paralyzed the S.G.C. In the end, Elliot was willing to sacrifice himself, and when he discovered it was all a hoax, was given a position within the S.G.C., his other teammates scheduled to eventually follow in his footsteps.

Elliot was soon assigned to SG-17, his first mission off-world to the planet Revanna. He was eager to meet the Tok'ra, but never realized he would soon be blending with the symbiote Lantash during a Goa'uld bombardment. Both Elliot and Lantash had suffered severe injuries, and desperately depended on one another to survive.

SG-1 recovered both host and symbiote, using Lantash's knowledge of Tok'ra crystal tunnels to escape the underground base. In the end, it came down to Elliot / Lantash making a decision to save the rest of the team. Like before, he was completely willing and determined to sacrifice himself for the others, this time by releasing a Tok'ra-engineered chemical into the atmosphere, designed to terminate every symbiote in its reach.

The last that was known of Elliot or Lantash, they were captured by Zipacna's army and taken to the Jaffa camp near the Stargate where everyone was, indeed, destroyed.

Proving Ground - Though O'Neill is not impressed with Elliot and threatens to fail him during training exercises, Elliot proves himself and is assigned to SG-17.
Summit - Elliot visits the Tok'ra homeworld with SG-17, and is nearly killed when the Goa'uld attack. The rest of his team dies, but Elliot becomes host to the Tok'ra Lantash -- who was once Martouf's symbiote.
Last Stand - Elliot/Lantash help SG-1 and Jacob escape the decimated Tok'ra homeworld by using the Tok'ra's poison on Anubis's Jaffa army -- sacrificing himself in the process.