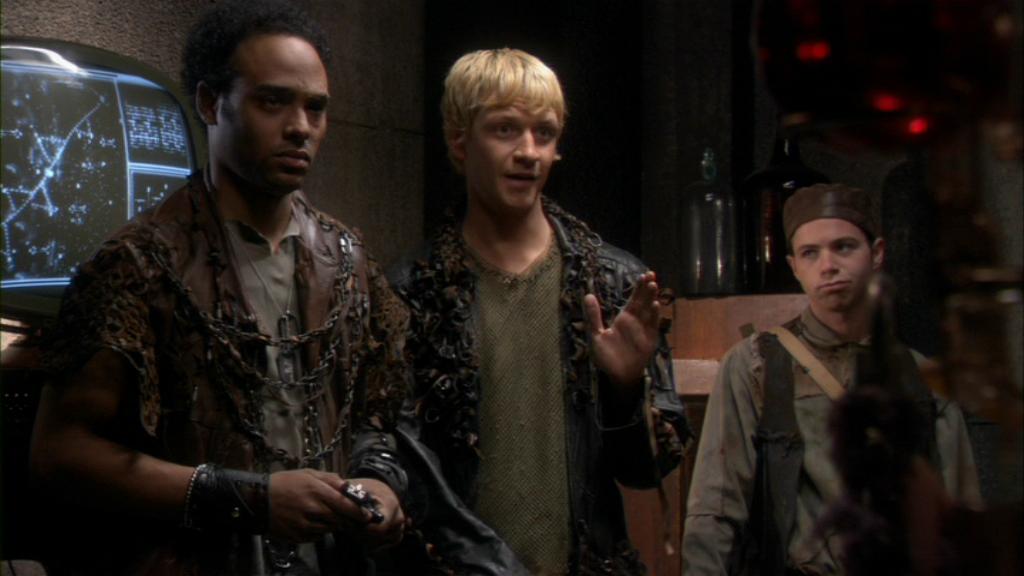 Small group of men willingly assembled by Aiden Ford. Their primary goal is to utilize Wraith enzyme to deliver more powerful blows to the life-sucking species than would've been delivered otherwise. In addition to the former Lieutenant from the Atlantis expedition the group included Jace, Kanayo, and several others.

Ford, since becoming addicted to the drug, has sworn to his former colleagues that the possibility of annihilating the Wraith would be more likely if everyone who fought against them was on the enzyme. Despite the dramatic changes in their personalities the men have been able to put aside their enmity and work together for the destruction of the Wraith.

Where they previously would kill Wraith soldiers and remove their enzyme sacks, Ford instructed his men to begin capturing the creatures when he realized his people would need more of the drug than small skirmishes could provide.

The group is not afraid to take on a Machiavellian philosophy to achieve their goals. They have openly engaged in kidnapping and theft of alien technology and weaponry to use against the Wraith themselves. Though their motives may ultimately prove fruitful, the men are willing to engage in almost any deceit to achieve the annihilation of the Pegasus Galaxy's common enemy.

The Lost Boys - Sheppard's unit are kidnapped and taken before Ford and his new band of men who intend to strike fatal blows against the Wraith at almost any price.