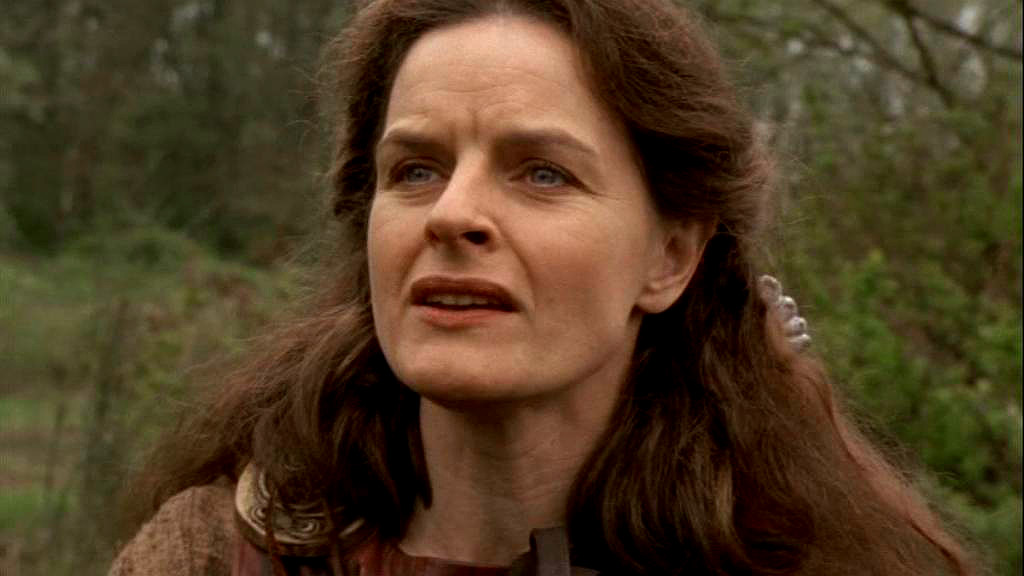 A friend to SG-1, Gairwyn lives on the Asgard-protected world of Cimmeria. She is a leader among her people, who are descended from a Norse tribe taken from Earth by the Goa'uld thousands of years ago. Gairwyn and her people have worshiped Thor, until SG-1 recently revealed to her that Thor and the "gods" are actually an advanced alien race known as the Asgard, who have taken up a protectorship of their world.

After Samantha Carter, Daniel Jackson and Gairwyn contacted Thor to ask for his help in rescuing the Cimmerians from Goa'uld occupation, she herself was taken aboard the Asgard vessel and met the real Thor, face-to-face.

Thor's Hammer - SG-1 meets Gairwyn on the planet Cimmeria, and learns that the powerful Asgard protect their world from the Goa'uld.
Thor's Chariot - When SG-1 returns to Cimmeria, they find that Gairwyn and her people have been attacked by the Goa'uld Heru'ur. Gairwyn accompanies Daniel and Sam in an attempt to contact the Asgard, who rescue Cimmeria -- and introduce themselves to Gairwyn.