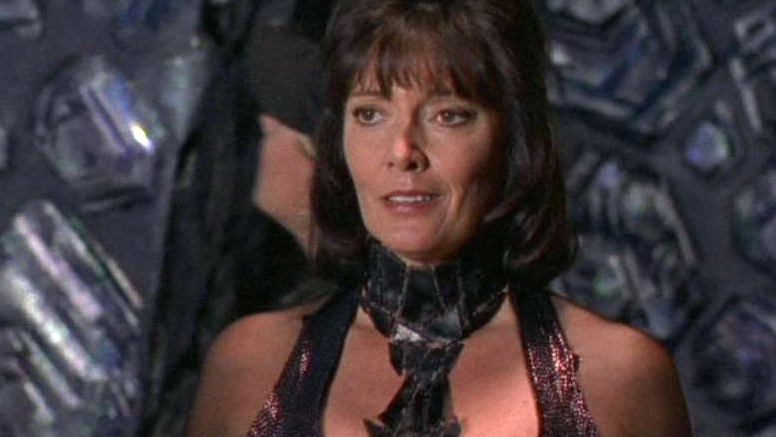 A member of the Tok'ra High Council, and the most hunted Tok'ra of all time, Garshaw of Belote has successfully avoided capture to maintain her position as one of the most important leaders of the Goa'uld resistance movement. She is greatly opposed to being referred to as a Goa'uld, believing the title to be a great insult against their cause.

Garshaw is protective of the Tok'ra, ordering any who know their whereabouts to be safely detained until the Tok'ra move on. This is not without merit, as the Tok'ra are always in danger of being hunted and destroyed by the Goa'uld.

Garshaw is known to deal betrayers a stern hand, even allowing them to destroy themselves. She is in debt to Jack O'Neill, who saved the Tok'ra from a Goa'uld spy in their midst.

Garshaw's host is named Yosuuf. She was eventually replaced as the leader of the Tok'ra by High Councillor Per'sus. Her current whereabouts or fate, especially after the devastating Goa'uld attack on the Tok'ra base at Revanna, are unknown.