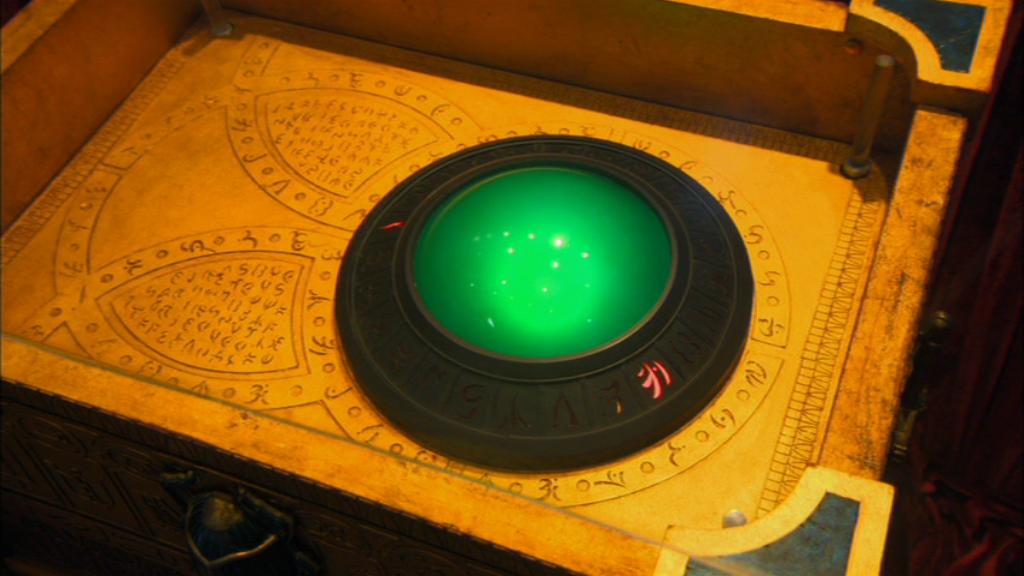 Powerful Goa'uld explosive device, potentially capable of destroying entire installations. Some versions of the device carry such a potent yield that they must be carried by two full-grown Jaffa. Once in place, some must be manually programmed to detonate.

Goa'uld bombs can come in many forms, from the larger, bulky version to a smaller, compact design that can be concealed within a Goa'uld ark. Some, if not all, contain naquadah to enhance the explosive yield. The devices are often controlled by Goa'uld crystals, which can defend the inner-workings of the device via force shields.

Prophecy - Jonas has a vision of a Jaffa attack on the S.G.C., when a bomb is successfully brought through the Stargate and detonated in the gate room.
Resurrection - Under the control of Sekhmet's personality, Anna sets a Goa'uld bomb to countdown to detonation at a secret N.I.D. facility.
Bad Guys - SG-1 finds an alien museum where a dangerous naquadah bomb is being kept on display, and Vala activates it.