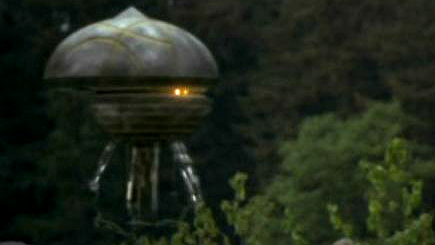 Goa'uld version of a M.A.L.P. used by Anubis, sent to planets to investigate whether or not it is worth a visit by the Goa'uld's forces. The probe is equipped with micro-plasma blasters, as well as a defense shield and long-range communicators.

Heroes, Part 1 - SG-13 takes down a Goa'uld recon probe, but not before it transmits a message to its Goa'uld master. They return the device to the S.G.C. for study.
Lost City, Part 1 - Carter reports a Goa'uld recon drone was discovered on P3X-439, recording data regarding the location of a newly-discovered Ancient repository.