For other uses of this name, see Green (disambiguation) 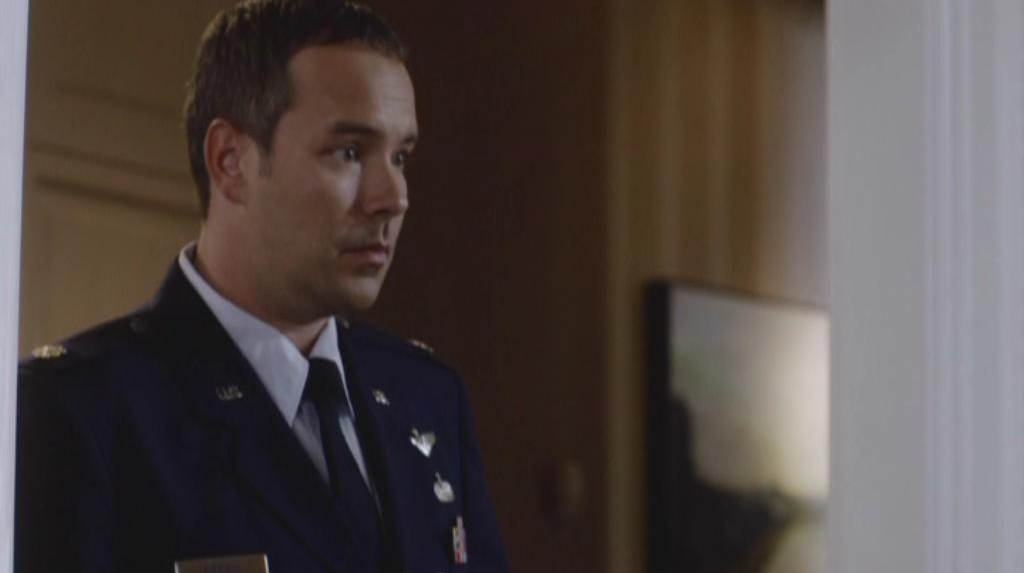 Major in the United States Air Force. Green was assigned to Chloe Armstrong when she traded bodies with Dr. Mehta on Earth, allowing her to visit her mother and inform her of the death of Senator Alan Armstrong.

Since time was a factor in Chloe's visit, Major Green soon insisted that she return to Homeworld Security.

Air, Part 3 - Major Green escorts Chloe Armstrong from the Pentagon to her home so that she may tell her mother of her father's death aboard the Destiny.
Earth - Green escorts Eli home to visit his mother via the communication stone.