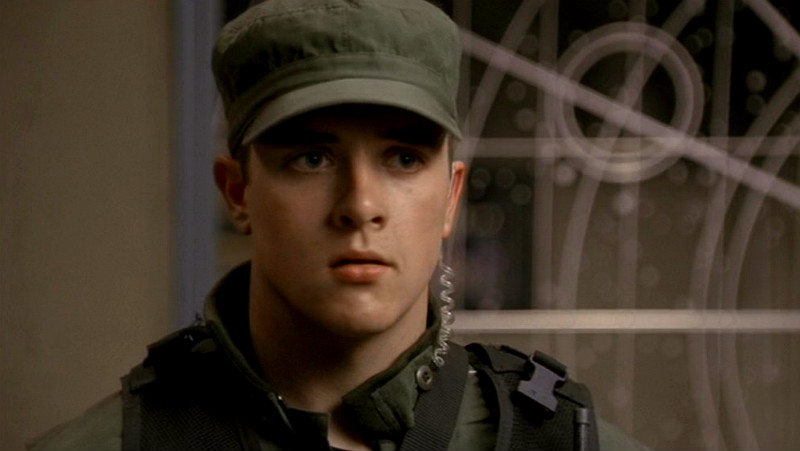 Air Force Academy graduate admitted directly into Stargate Command training simulations alongside cadets Elliot, Hailey and Satterfield. Grogan had an almost pathologic tendency to get in the way of enemy fire, continually being shot and writing himself out of simulations early on. Despite this obvious problem, he and the rest of his team succeeded at their goal of retaking Stargate Command, learning soon after that the entire event was a training examination.

Grogan was on stand-by, awaiting a slot to open at the S.G.C., eventually earning himself the position of Lieutenant to SG-9 (commanded by Major Benton) within several weeks. The team traveled to the planet Latona to reopen negotiations with Marul and the rest of the inhabitants. He and the team spent substantial time on the world prior to the arrival of the Goa'uld Svarog and a battalion of Jaffa troops. The rest of SG-9 was eliminated while Grogan managed to conceal himself under foliage, eventually giving aid to SG-1 when the team arrived.

Proving Ground - Grogan is an Academy cadet along with three other individuals, eager to make a place for himself at the S.G.C. -- if he can stop getting shot.
The Sentinel - Lieutenant Grogan earns a place on SG-9 in attempts to reopen negotiations with the Latonans, after being the only survivor and guide to SG-1 during the presence of a Goa'uld occupation force.