For other uses of this name, see Hak'tyl (disambiguation) 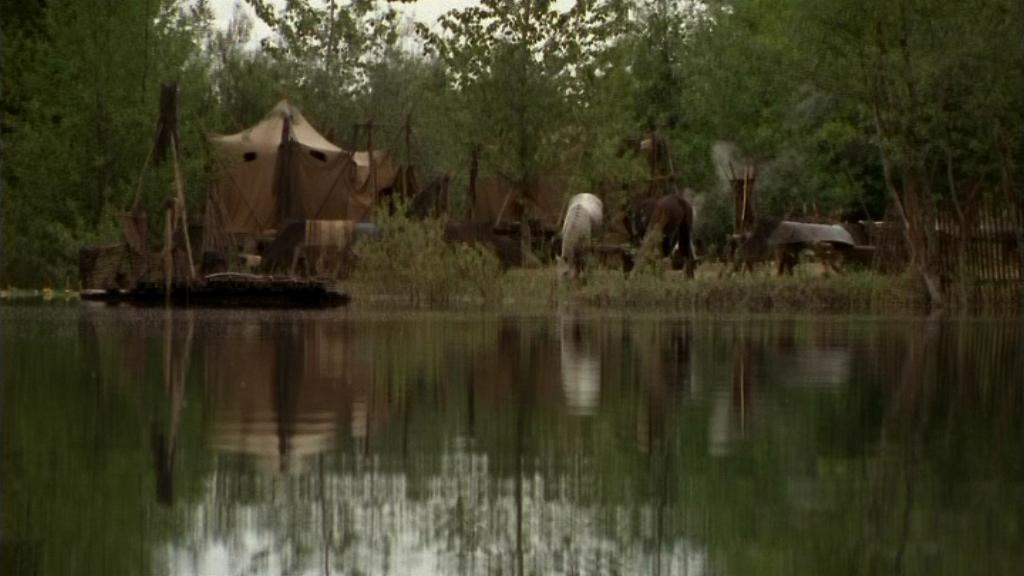 Its name translating to "liberation," is the planet designated by the Hak'tyl resistance to be their base of operations. Their village is several paces out of sight from the Stargate.

Under the leadership of the Jaffa warrior Ishta, the Hak'tyl secretly work against the murderous Goa'uld Moloc, in order to rescue from death the newborn girls whose death the Goa'uld has commanded.

Hak'tyl is a beautifully green planet, lush with deciduous planet life, home to horses which were most likely transplanted from Earth by the Goa'uld thousands of years ago. The Hak'tyl resistance made free use of them. One small area is blocked off so that Jaffa warriors can go to kelnorim and spar with training staff weapons.

After their location was compromised the rebels moved to another planet, which they also called "Hak'tyl."

Birthright - SG-1 is led to Hak'tyl by Ishta's resistance in the hopes of forming an alliance against the Goa'uld Moloc.