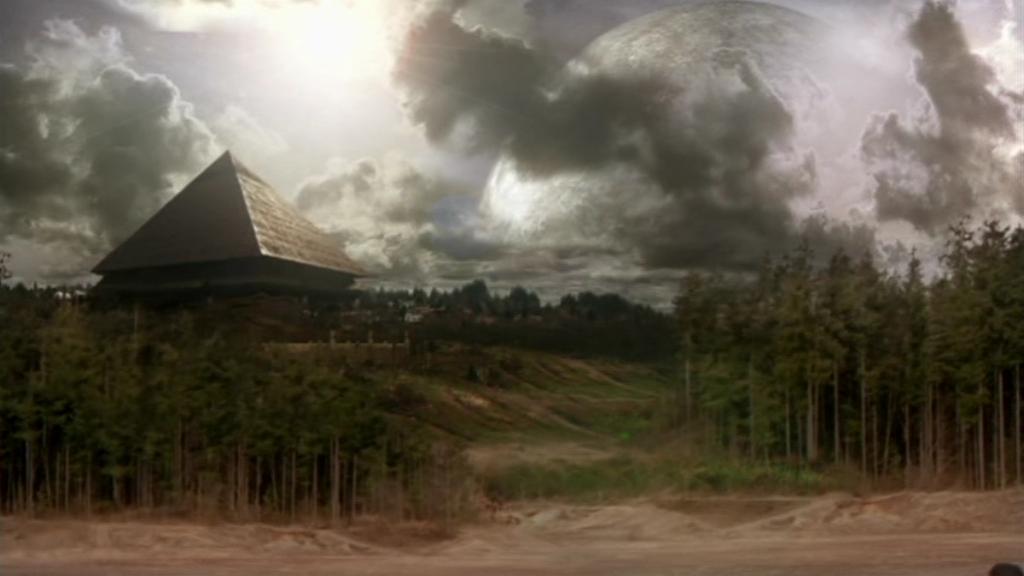 World controlled by the Goa'uld Hathor, who had obtained a pyramid ship and used it as her base of operations where she spirited away Jaffa from Apophis and Heru'ur, among others. The world is circled by at least one large planetoid at relatively close orbital proximity.

While deceiving SG-1 into making them believe they had returned to the Stargate Command, Hathor had diverted a generous amount of space inside the pyramid to duplicate the base in intricate detail, but made subtle adjustments to make it appear as though it had been several decades into the future.

Beneath the surface lies a multitude of Tok'ra tunnels where spies were able to communicate beyond the range of the pyramid. Nearby, a series of Goa'uld cannon towers lay concealed beneath the surface.

HOME TO - Unknown
FIRST APPEARED - Out of Mind

Out of Mind - SG-1 is met with hostile Jaffa force and believe they were frozen to be recovered at the S.G.C. a century later, only to later discover they've never left the world they were captured -- Hathor's.
Into the Fire - Teal'c travels to Chulak to raise an army to return to Hathor's planet and retake his team from her evil grasp.