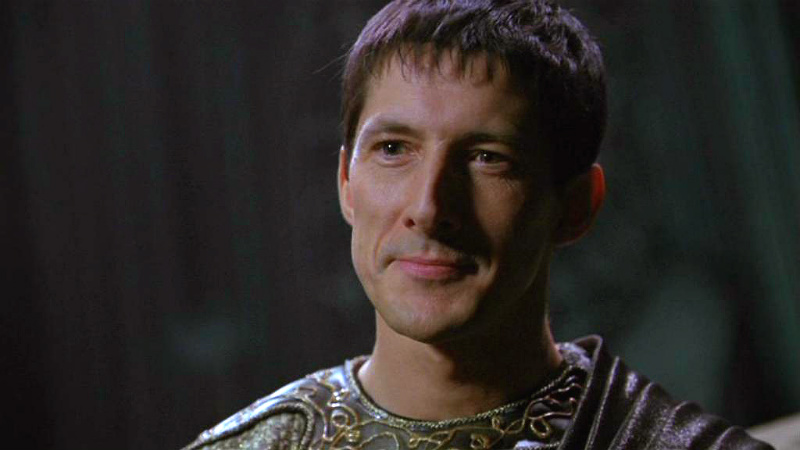 A human eager to join the Tok'ra cause, offering himself as host to the supposed Goa'uld defector Tanith. Hebron of Paraval submitted himself to the symbiote Tanith, who took him as a host by piercing his neck. Hebron hailed from a people enslaved by the Goa'uld a generation ago, and saw the chance to blend with a Tok'ra as a way to resist his enemy.

After the blending Hebron appeared to communicate with the Tok'ra and S.G. members that had been present -- but in actuality it was Tanith, who had been a Goa'uld loyalist all along. Hebron's mind was suppressed, and he found himself a slave to the very creature in whom he had hoped to make an ally.

Crossroads - Hebron, eager to take on a symbiote, flings himself before Tanith, and is never heard from again.
Exodus - In a ploy to escape from a Tok'ra prison cell Tanith threatens to kill his own host.
48 Hours - Hebron's body, still possessed by Tanith, is destroyed in a climactic collision within an Al'kesh on P3X-116.