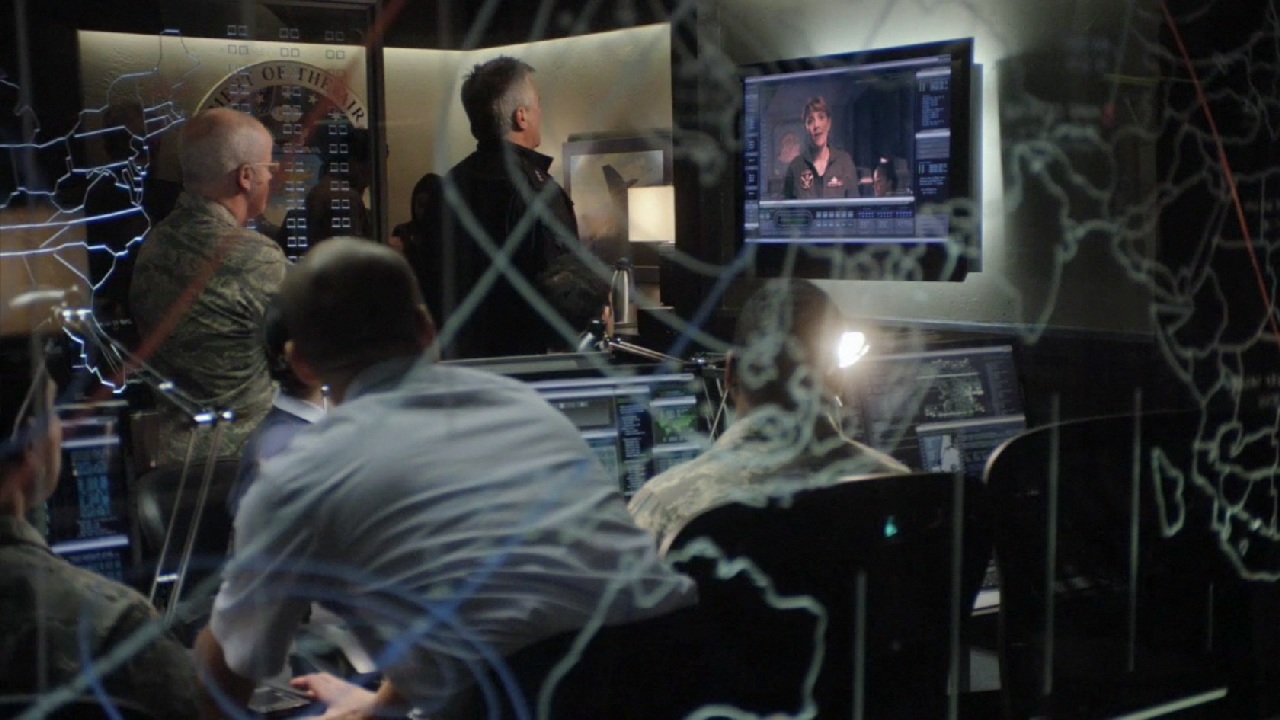 Agency designated to provide oversight of all things relating to Earth's defense from interstellar aggressors. Homeworld Command supervises Stargate Command, the BC-303 program, and Atlantus outpost in Antarctica. For a time it was under the command of Lieutenant General George Hammond, who was succeeded in the post by General Jack O'Neill.

The military office appears to be run primarily by U.S. Air Force personnel and maintains its facilities at the Pentagon in Washington, D.C.

The Command evolved from the agency initially designated "Homeworld Security." Due to the ongoing involvement of the International Oversight Advisory in the various aspects of the Stargate program, it is likely that Homeworld Command operates with some involvement from other nations.

New Order, Part 2 - Dr. Weir explains what will be keeping General Hammond occupied in the next few months: Homeworld Security.
Air, Part 3 - Colonel Everett Young uses an Ancient communication stone to report to General O'Neill at the Pentagon.
Darkness - Following a briefing with Colonel O'Neill at Homeworld Command, Colonel Young asks to pay a visit to his wife.
Earth - Col. Young and Camille Wray are summoned to Homeworld Command for a briefing which might bring the crew of Destiny home.
Subversion - Colonel Young reports to General O'Neill that Rush has taken over Telford's body to prove he is a spy for the Lucian Alliance.
Incursion, Part 1 - Young reports to O'Neill in the midst of a Lucian Alliance invasion of Destiny. Jack also coordinates the U.S.S. Hammond's mission to the Alliance's secret base.
Alliances - Homeworld Command is attacked directly by the Lucian Alliance, who crash a cargo ship armed with a bomb into the building.