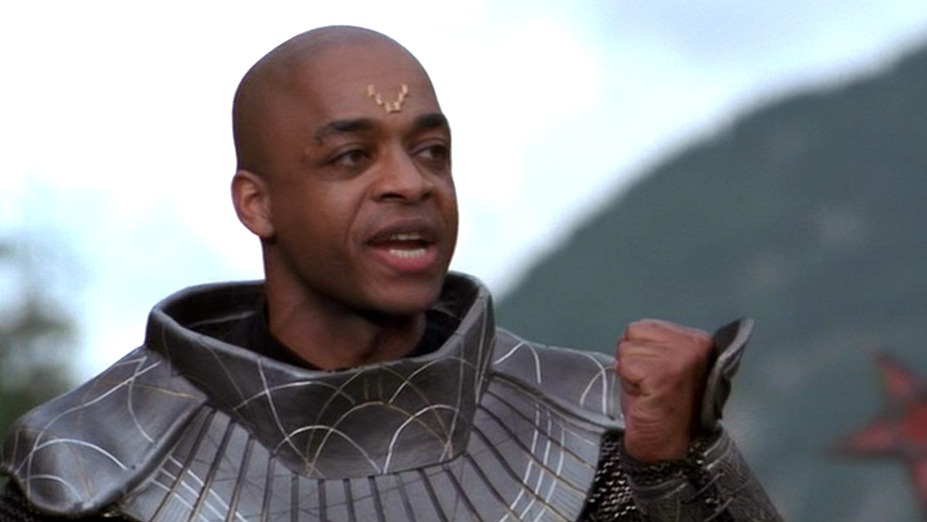 A minor Goa'uld, credited with building the Great Pyramids on Earth as landing platforms for Goa'uld pyramid ships. Following the collapse of the Second Goa'uld Dynasty, Imhotep was determined to come to power, and resorted to disguising himself as his own First Prime, Kytano. He pursued some Jaffa, convincing them of a need for rebellion against the Goa'uld System Lords. Eventually he amassed an army, and transported himself and his followers to a planet not identified by the System Lords.

Eventually Imhotep, through one of his powerful and moving speeches, snared Bra'tac and Teal'c into fighting for his cause. The two were more than eager to flock to his aid, believing the Jaffa needed freedom from Goa'uld oppression -- and a charismatic leader for their cause. Unfortunately, "Kytano" (Imhotep) was all-too willing to allow Jaffa to die for his causes, sending his warriors through the gate with naquadah-enhanced bombs to worlds under the System Lords' domain.

Kytano (Imhotep) sent Teal'c on a mission to take out Yu's home planet, but Lord Yu captured the Jaffa and spared his life, warning him that one of Yu's motherships was on its way to eliminate the rebellion. Kytano was exposed as working with the System Lords to help expose disloyal Jaffa. Teal'c returned challenged Kytano to jomo'sequ (a challenge for the right of leadership). After learning Imhotep's true identity in the combat, Teal'c killed him.

The Warrior - Teal'c and Bra'tac join the Jaffa rebellion led by a charismatic warrior named Kytano, only to learn that he is the Goa'uld Imhotep, who is in league with the System Lords.