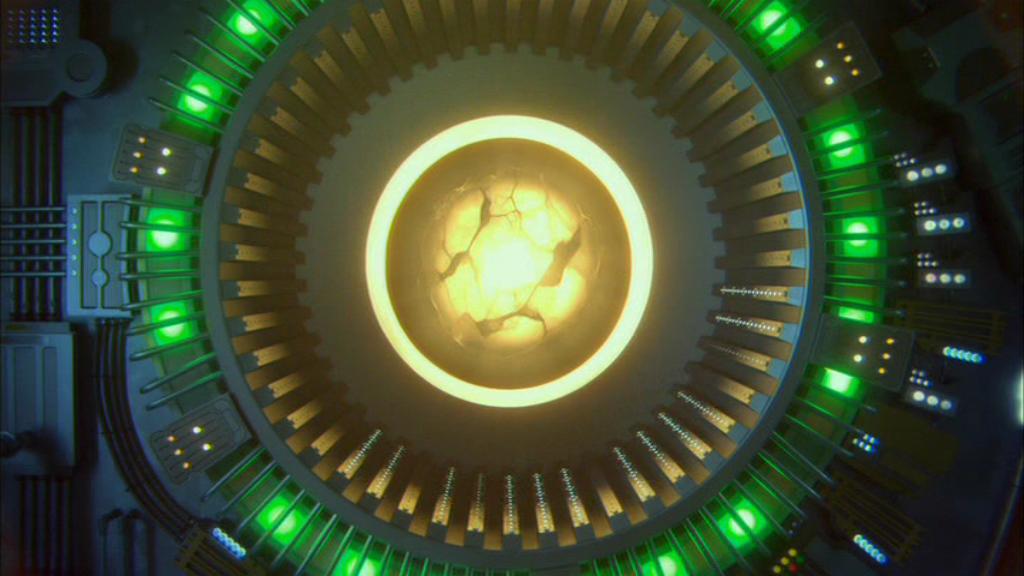 Device designed to harvest vacuum energy from a parallel space-time, but on a greater magnitude than an Ancient Zero Point Module. It was born of a theory conceived by Jeannie Miller, willed into reality by Jean, her brother Rodney McKay, Dr. Radek Zelenka and a team of Atlantis technicians.

The collector was constructed specifically so that exotic particles would not pass the dimensional threshold that would emerge. Simultaneously, the flow of power feeding into the field could be regulated. On the opposite side of the rift, the dimension accessed would encounter space-time distortions and exotic particles which would destroy all life, but the math concluded that tapping into an alternate reality which was occupied would be next to impossible.

Jeannie Miller was brought to Atlantis, inside the Pegasus Galaxy, to oversee the project with her brother. The first twenty hours of the project ran smoothly until a foreign object entered the primary chamber -- an alternate Dr. Rodney McKay.

According to "Rod," the experiment worked -- but the device had accessed a universe where another Atlantis existed. In that reality a tear in the fabric of the universe had emerged. Deactivating the device did not halt the flow of energy, either, building up like a dam and creating pressure to the extent of risking a catastrophic overload. The tear on the opposing end would expand until entropy -- chaos -- would seep into the subspace layers. Once there, complete annihilation of that universe would be possible.

Jeannie Miller proposed a massive release of energy from their side of the collector, which would halt the formation of exotic particles on the opposite end. Simultaneously, the alternate McKay was beamed from the Daedalus into a pocket of subspace which was believed to send him back to his reality. The tear was sealed, but ensuring the best chances to send Rod back to his reality completely drained Atlantis's only Z.P.M.

McKay and Mrs. Miller - An idea sparked in the head of Jeannie Miller leads to the creation of a device which can collect energy from a parallel reality. Unfortunately, someone lives there.