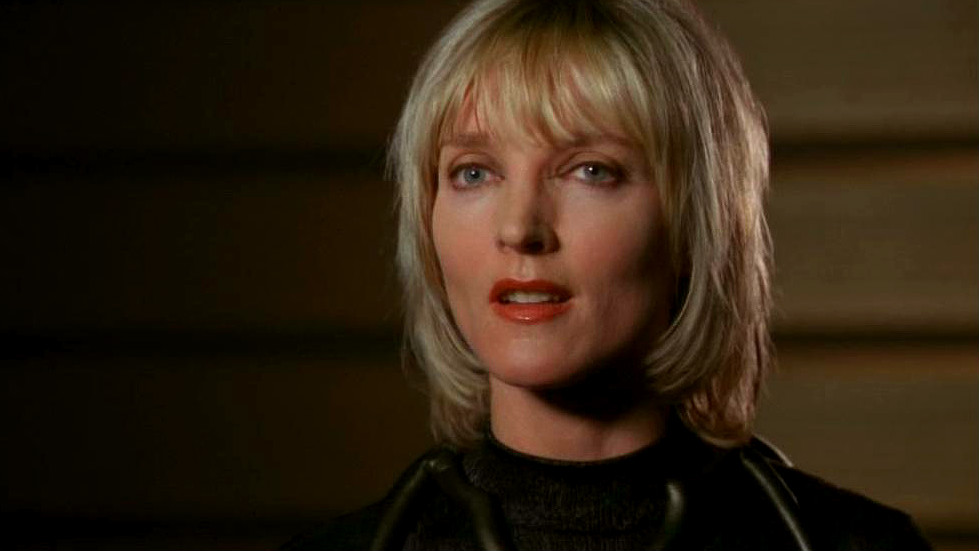 Underlord Goa'uld in the service of Cronus. Ja'din was a scientist who enjoyed watching her patients suffer while attempting to find new ways to make her god more powerful. She arrived in Cronus' mothership in orbit of Juna and began studying the captured duplicates of SG-1's Teal'c and Samantha Carter.

Examining the decapitated body of the Daniel Jackson duplicate, Carter instructed her on how to remove its power source -- causing an explosion which killed Ja'din.

Double Jeopardy - Ja'din arrives with Cronus in his Ha'tak to administer rule to Juna, only to discover tantalizing pieces of technology to study and exploit.