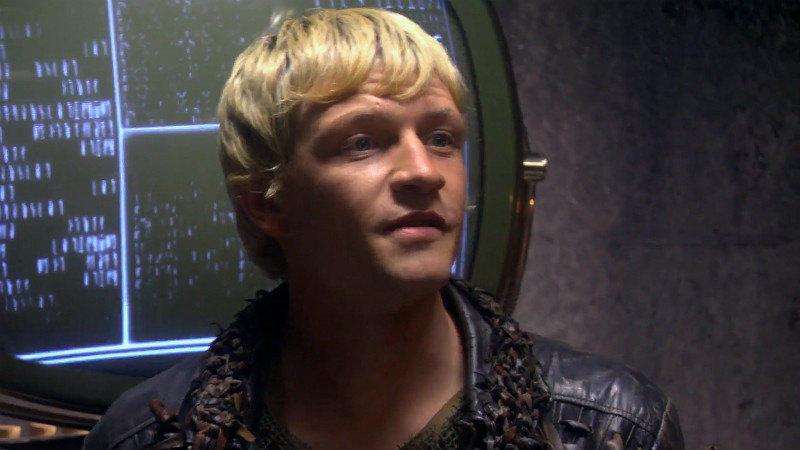 A follower of Aiden Ford, member of his coalition, and expert in alien technology. Like all of Ford's followers Jace willingly took and became addicted to the Wraith enzyme, which enhanced his strength and other natural abilities.

Using Genii computers and several other materials gathered (not to mention Ford's past experience with the Atlantis expedition), Jace was able to come to reasonably accurate conclusions regarding current Wraith societal structure. He believed the Wraith have compartmentalized themselves as a telepathic species in order to prevent beings like Teyla Emmagan from tapping into their consciousness and compromising their plans.

Jace accompanied several other members of his group, including Ford, on a mission to destroy a Wraith hive ship. John Sheppard, piloting the Wraith Dart where his form was stored, initiated the culling beam process on the ridge of a precipice. Immediately after reconstitution, Jace and two others fell to their deaths.

The Lost Boys - Jace shows McKay his progress and findings regarding the Wraith, and eventually accompanies the unit to the hive ship, plummeting to his death before the mission can begin.