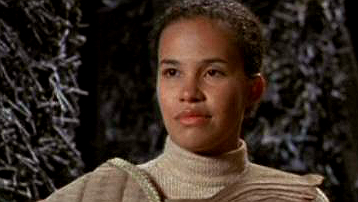 Tok'ra operative who came to SG-1's rescue after the team used a Tel'tak cargo ship to stop an asteroid from striking the Earth. Jalen received the team's distress call and arrived to provide aid.

Jalen was also a part of the Tok'ra evacuation of their temporary homeworld on Vorash, prior to the deliberate explosion of the Vorash star in a bid to destroy Apophis's fleet.

"Jalen" is the name of the Tok'ra symbiote, rather than the host.

Exodus - Next to a perplexed Tanith, Jalen greets SG-1 upon their return to Vorash.
Fail Safe - Jalen of the Tok'ra offers aid to SG-1 after they have, once again, saved Earth from a Goa'uld threat.