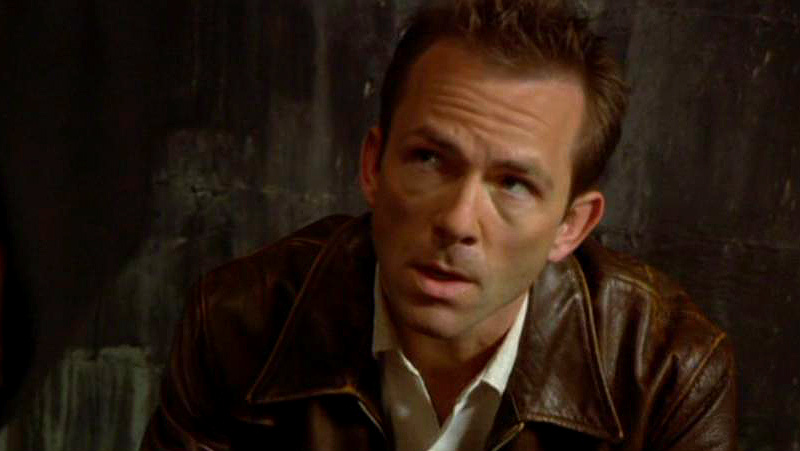 Tegalan chief aide to Commander Gareth of the Rand Protectorate, husband to Leda Kane. Jarrod was present at the arrival of SG-1 from Earth and found it interesting that they were also human. Following the outbreak of war between the Rand and the Caledonian Federation, Kane suffered a shot to the leg as he and Daniel Jackson escaped the underground bunker. After Daniel sustained severe injuries, Kane put him into his wife's care, out in the country side.

When he returned with his men, Kane realized that Daniel and Leda had become attached, and questioned his wife regarding her feelings for the archaeologist.

Later, Kane returned Daniel to the Rand bunker, which had become overrun by the religious fundamentalist Soren and his forces. There, a coordinated assault from Earth (on the inside via the Stargate) and Kane's men (entering via underground corridors) turned the tide on the self-proclaimed people of Avidan.

When Soren appeared to willingly surrender for his faith, Kane shot and killed him. Daniel feared that he may have created a martyr, but Kane insisted their planet was better off without his constant threat.

A year later, Kane returned to Earth to request the aid of Stargate Command. An Ori Prior had come to Tegalus and given the Rand government specifications to build a satellite weapon. This would ensure their dominion over the Caledonians. But it was only after a Prior plague had swept through the country -- converting survivors and killing those who would not turn -- including Leda.

Kane returned to Tegalus with Daniel, where President Nadal imprisoned them. Using his influence over his old acquaintance, Commander Goran Pernaux, Kane helped his government temporarily get back on its feet. A temporary truce with the Caledonians brought them into talking peace -- but it was not meant to last. Caledonia took Rand's moment of weakness to drop bombs on the continent, and it is likely that Rand delivered a similar volley with their Ori weapon.

At last report, the Stargate was buried under rubble, inaccessible.

Icon - In the midst of the destruction on Rand soil, Kane evacuates Daniel Jackson into the hands of his wife and continues the fight against Soren with his men.
Ethon - With the Ori influencing his government, Kane travels to Earth to seek help in stopping genocide.