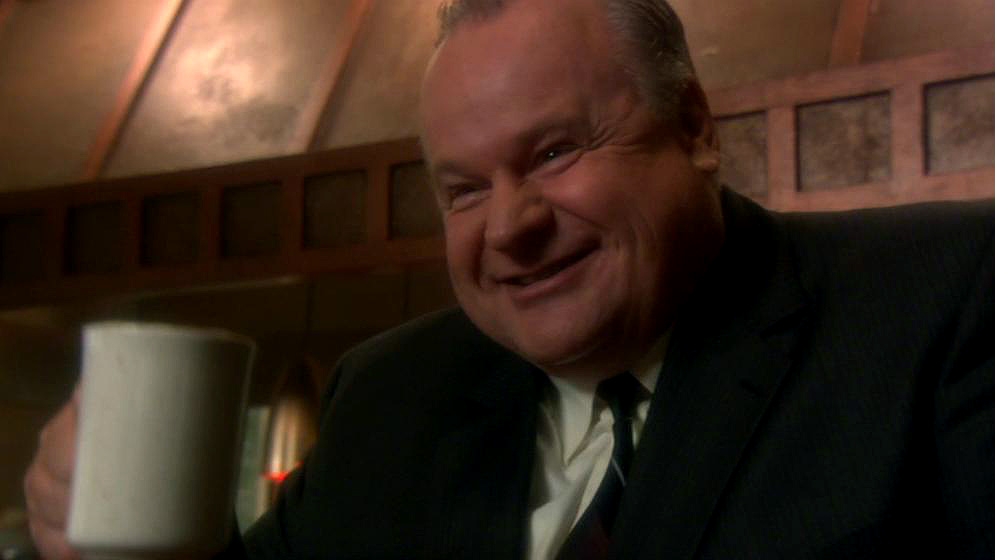 Ascended being, working outside the vast rules and regulations of the ascended hierarchy. He was frequently at odds with Oma Desala who criticized him for often going too far in what he believed to be the correct way to operate on a higher plane of existence.

Jim assured Daniel Jackson that the two had first met when Jackson was previously ascended. He spent a great deal of time at the Astral diner while Daniel was deciding what to do about his future, ordering numerous coffees and commenting about Anubis's ridiculous plans to conquer the Milky Way Galaxy.

Against his judgment Daniel forced Jim to explain the archaeologist's previous history with Oma and the reasons behind his choosing to descend to human existence once again. Jim gradually informed Jackson of the back-story between Oma and revealing the fact that a being as dark as the non-corporeal entity could in no way achieve ascension on his own. When Daniel successfully deduced that Oma was responsible for helping Anubis ascend, she ordered Jim to leave the diner.

Jim later returned, his personality far more demeaning and dark. Only after Daniel pressed the issue did he realize the truth: Jim was the ascended facade of Anubis himself. When Jim got up to leave (and recreate the Milky Way galaxy to his own exacting specifications) Oma intervened with the intent to occupy Anubis for the rest of time. The being could never be killed, but he would never be able to do anything but fight her back.

Threads - Jim keeps Daniel Jackson company, talking about the various circumstances concerning his fate, while everyone else in the bar besides Oma refuses to communicate with him.