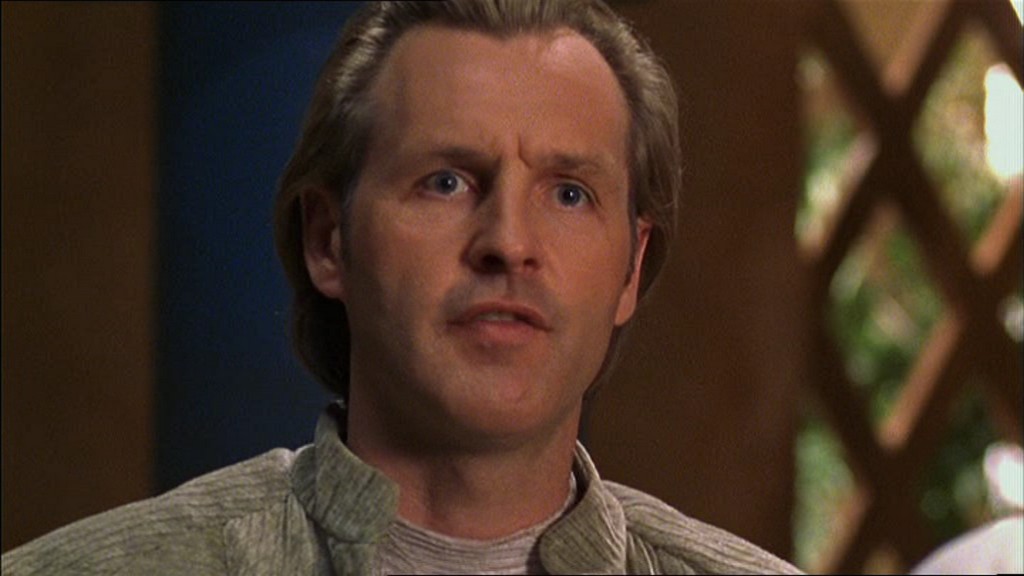 An Orbanian leader and ambassador to Earth. Kalan arrived with the Urrone child Merrin and an Orban naquadah reactor for Major Carter to study. His son, Tomin, was also an Urrone.

Kalan had never heard of terms such as "teaching" or "fun." He had absolutely no concept of re-training the minds of previous Urrone children, and allowed them to simply sit in a chamber and vegetate for the rest of their lives. He was greatly offended when anyone suggested a plan that called for another solution that went against the intention of the necessity for the Averium and the information the procedure granted.

After Merrin was exposed to the concepts of teaching and fun by Colonel O'Neill, she saved these ideas in her nanite-enhanced memory for her Averium. Afterward, when Kalan received his nanite from Merrin, he implemented these ideas to administer to all past Urrone.

Learning Curve - Kalan learns O'Neill has abducted Merrin and demands that she be returned to go through her Averium, for the sake of his entire race.