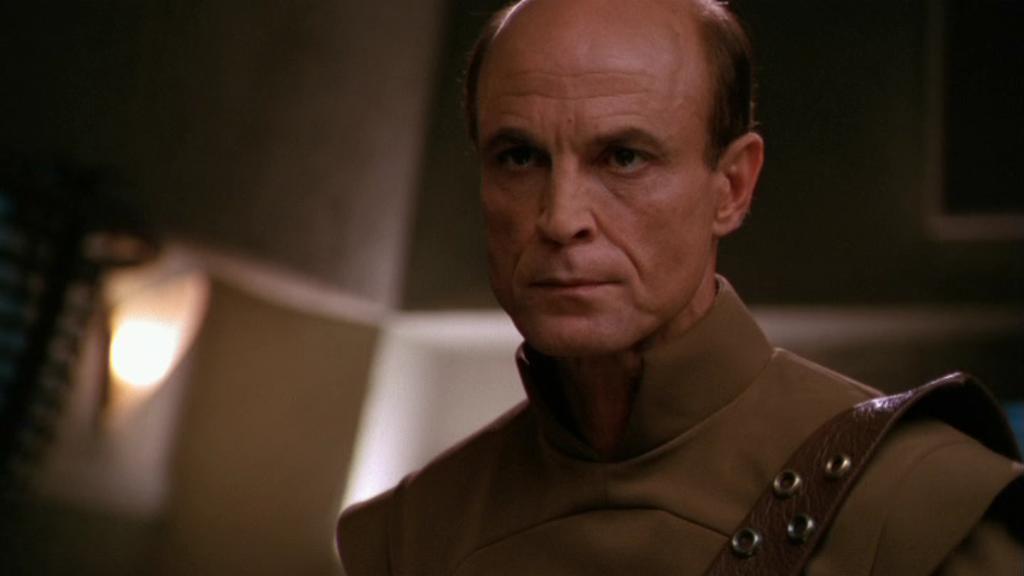 Tagrean officer and commander of the planet's security forces. Kalfas was frequently took positions in opposition to Ashwan, the Tagrean head of state, particularly on matters of defense. Kalfas continually believed Ashwan was too "soft," and throughout his political career Kalfas was winning more public opinion.

When the Prometheus entered orbit over Tagrea Commander Kalfas was quick to judge them as a threat after an explosion occurred in their air space (the unintentional detonation of Prometheus's hyperdrive engine), sending rockets up to destroy the ship. Ashwan stopped the attack and permitted the ship to enter the atmosphere.

Kalfas wished the alien presence wiped clean from his world, eager to forget the past thousands of years that had been erased from their history. He was opposed to searching for the planet's Stargate, believing that the doorway would bring greater numbers of enemies. When the Stargate began to emerge from Tagrean soil Kalfas organized a military coup to go in and capture Jonas Quinn, Teal'c, and the Tagreans they had managed to bring to their aid.

Ashwan himself arrived aboard the Prometheus, ringing to the dig site. After careful verbal persuasion, Kalfas's men backed down and he was taken into custody.

Memento - Kalfas discovers an alien vessel in orbit and is quick to assume that the ship will eventually spell doom for the Tagrean civilization.